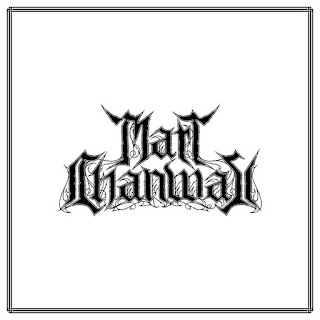 Coming from the death metal band Assimilation, Vancouver, BC’s  Matt Chanway has his debut self-titled solo record out now that has hints of his day-job band in it. The one major difference between the two projects is that this solo album is all instrumental.

I will be honest, instrumental albums are far from my favorite things to listen to, mostly because I love hearing vocals, something to grab a hold of and keep my interest throughout, but with that said, I did still enjoy this album. This is a bit more in the progressive sound, but still straight up metal, no Pink Floyd noodling here, plus no guitar wankering like Malmsteen. Each track on here ranges from roughly six to eight minutes in length and has enough changes in the songs to keep things sounding fresh and interesting. The added drums (drum machine) and bass really help to keep things flowing and giving the album a depth and thickness. All of the playing is tight and extremely focused with the songs not going on for too long or becoming boring. You can hear the love of playing the guitar that emanates from the fingers of this extremely talented player with song after song of thrills and heavy shredding. I actually liked all the songs the same on this release, mostly because they were tight, heavy, interesting and energetic, and without a vocalist that sometimes can ruin a good album with weak or over-the-top histrionics.

Yes, I did enjoy an instrumental album, luckily the technicality wasn’t overbearing, the songs were engrossing, and the guitar was played with heart and pure talent. This is not an album just for shredders, it’s for anyone who wants an album of great metal that will get your head banging and wear your air guitar out.