Prophecy Productions - Whom the Moon a Nightsong Sings (Compilation) 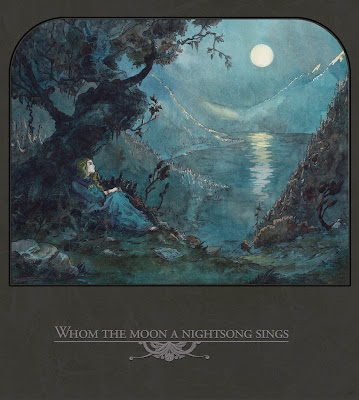 Never . . . ever . . . in my wildest dreams would I have imagined that I would sit down and write my thoughts about a compilation album. Compilation albums have always been a mixed bag for me. Some songs will be just okay from the artists that you expect to be great, some songs are great from artists that you would expect would suck, and every so often, you stumble on a new name that’s doing something interesting, but that in itself never warrants the penning of a review and the typical collection usually sounds mismatched and unfocused in style and sound. Well, slap my ass and call me Susie . . . I have been pummeled senseless by the fine folks at Prophecy Productions (read my thoughts on Les Discrets, Alcest, Negura Bunget . . . yeah, I’m a big fan) with their compilation of dark and moody ambient trance inducing songs entitled Whom the Moon a Nightsong Sings.
Prophecy Productions has quickly become one of my favorite labels for a few reasons, but namely the music that’s coming out from this label is emotionally complex and the kind of stuff rocks the soul rather than the body. The music is generally heavy in mood, not in overall sonic tone. The music is usually pretty dark, both in imagery and in emotion. And, the music never gets bombastic in the pummeling sense . . .it’s extreme, but on the other side of the spectrum than what we in the metal community have become accustomed to with the blastbeats and detuned instruments set to eleven. Then, of course, there’s the production value that you get from these guys! The packaging on their products is worth every red cent that one can dig from under their couch cushions or from the drink holders in their cars. Prophecy delivers a quality product . . . end of story.
This compilation is all of the above. Starting off with a quiet instrumental tune from Vali called “Hoestmelankoli”, I got this immediate sense that something tragic was about to happen. Less than a minute and a half long, this introduction to all that is Prophecy is packed with sorrow and despair, yet with an ever so faint ray of hope. The song is just a couple of acoustic guitars picking away at a gorgeous melody that escalates in epicness before morphing into a traipsing through a desolate castle sounds of Empyrium’s “The Day Before the Fall”. Laden with a multitude of instruments . . . cellos, acoustic guitars, the steady hum of what sounds like an old pipe organ . . . this song is simply mournful. This is one of those rare tracks on this album that is truly heavy in instrumentation as it is in mood and emotion. We have huge drum and distorted guitar portions in the middle passages of this one, and the whole thing builds in tension as the reality of a kingdom dissolves into ash. Absolutely brilliant! 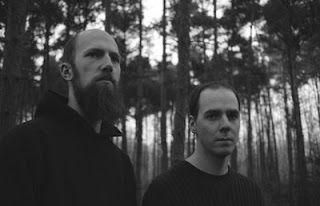 Nebelung’s “Ich würd es hören” is a gem of a tune. Sung in native German and played with a couple of acoustic guitars and some string accompaniment, this song is a great example of how a band can create some serious mood without the massive production of a full band ensemble. Roughly translated to “I’d Hear It”, I get the sense that this is a personal tale of loss. The vocals are packed with so much sorrow, mournful . . . but not full of despair, not the suicidal type . . . this reeks of a man who has lost something of great emotional value is trying to find a way to fill that void or honor that loss. Man . . . truly a heavy song in an emotional sense! Then follow that one up with October Falls and their contribution of “Viima” and the soul is just torn apart. There is an epic sadness to the melody of this track. The acoustic guitars are played over a foundation of howling winds, which add an organic sense of natural wonder. Then, these guys add subtle flourishes of cello to create a massively heart rending texture. This is the kind of song that fits well with sitting in a darkened room, watching the rain or snow fall from a dark grey sky, and recollecting past transgressions or lost loves.
Ainulindalë’s “A Year Of Silence” was actually the first song that I heard from the album and I was immediately hooked by the vocal performances, both from the lead vocalist as well as from the choir of backing vocalists. Throw in the plaintive screams from the violins and the accents from the percussions and this song is drenched with elements that tickle the ears and, ultimately, the soul. My personal favorites on the Prophecy roster and the act that made me want to hear this compilation in the first place, Les Discrets contribute a couple of tracks back to back with “5 Montee Des Epies” and “Apres l'Ombre”. The first is a simple arpeggio being repeated on a chorused out guitar with some subtle synthesized sounds in the background, but then the second track kicks in and the sound that made me fall in love with this band hit me like an axe blade in the forehead. The strumming acoustic guitars, the textural synth flourishes, the impassioned vocals, the overall dark and shoe-gazing appeal of this song remind me of why I adore their full-length album Septembre Et Ses Dernieres Pensees as much as I do. These are two tracks that get better and better with every listen! 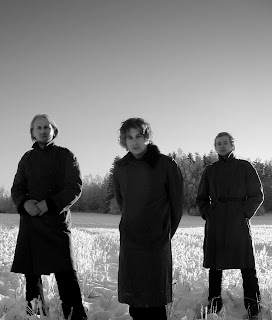 In truth, there is not a track on this compilation that doesn’t fit or doesn’t take me to some magically emotional place. The Musk Ox track is beautiful, the Havnatt seven minute epic . . . Wow! Ethereal beauty emanates from this one and the female vocals, sung in a native Norwegian tongue, are the key to its elegance. Dornenreich . . . stunning and I’ve only made it through the first disc in this set! Nhor, Ulver, and Neun Welten’s sprawling tune “Pan”, all stand as fantastic examples of the individual bands abilities of carving out their own niche in this organically ambient genre. Tenhi . . . Oh, Tenhi! You who I had never heard before, but now feel the need to cling to every note that you produce! Folks . . . this song is laden with so much soul shaking music that to not feel something from it would equate to one being dead inside. What is that? A mandolin being played over a throbbing and pulsating drum rhythm, those haunting and cryptic vocals, the plinking of piano keys and the constant reverberation of the violin strings . . . this song is my new life changer! The tones shift from ominous to hopeful and back again, all seamless and unforced. Remember this name. Tenhi.
It’s impossible for me to ramble on about every track on this glorious release and hope to keep from being redundant. Just know this, Prophecy Productions has some of the most wonderful songwriting talents on their roster and this compilation is perfect. Perfect, in that I have now been exposed to so many new artists who have the ability to move me on an emotional level as well as on an intellectual level. The songs have a dark, foreboding menace to them . . . a sorrow laced within the individual notes . . . an emotion that despite many of the songs being sung in languages that I don’t understand still impact me to feel shivers across my skin and my soul. All of these artists should be damn proud of the work that they’ve contributed here, but as true artists, they won’t be proud of these works. They’ll feel that these songs were simply a snapshot of how they were feeling at a particular moment and they were fortunate enough to capture those emotions forever in these recordings. For me . . . well, I’m thankful that they did. Whom the Moon a Nightsong Sings is an instant classic and ranks up there with the first Metal Massacre album. Outstanding work, folks!
Pope

Buy here: Whom the Moon a Nightsong Sings

Buy mp3: Whom The Moon A Night Song Sings

Every song is fantastic on this album. Empyrium is one of my all time favorites as well as Ulver and Tenhi. Havnatt is a new one for me but I will have them in my playlist as well. Really good to see Empyrium back together for this album as well!