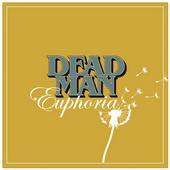 Despite the death metal sounding name, DEAD MAN’s Euphoria is actually an album of spaced-out, psychedelic prog rock courtesy of a bunch of hairy, bearded guys from . Rocking on as if punk rock never happened, Euphoria alternates between mid-tempo, 1970's space jams and down-home, bluegrass-style guitar picking, The boys aren’t wanting for influences, and they throw everything into their mix, including Damnation-era Opeth, Pink Floyd and the Grateful Dead, along with a heaping helping of Swedish mushrooms which clearly have never been cultivated on American soil.

The first two tracks, “Today,” and “High or Low,” are the high-marks, with some gorgeous guitar playing, synthesizer undertones and delicate vocal interplay. These compositions are so loosely constructed, you get the feeling the guys just set up in a barn some place, turned on the recorder and started playing, allowing the songs to wander off wherever the marijuana smoke billowed. The tunes don’t end so much as drift away as each individual member leaves the jam to go to the bathroom or get some munchies.

"Footsteps," is a haunting, ethereal number that brings in a whole 'nother batch of Dead Man influences, most notably Nursery Crime and Foxtrot era Genesis. Again, gentle guitars lilt around and about the vocals, leading to the slightly off-key chorus. "I Must Be Blind," may be one of the best Grateful Dead songs never recorded by that band. With breathy, falsetto vocals floating high in the mix, country-picking guitar and slide dance around the gentle groove. Midway through the guys bust out with a raucous (for them) bridge riff, leading into the most searing guitar lead on the album, giving a hint as to what they could do if they ever decided to let loose and metalize their sound. But, with the weed smoke hanging this thickly in the air, it's kinda hard to maintain that much aggression, and quickly the boys jump back into the bluegrass vibe of the opening moments.

Strains of early-Genesis come rushing back for the moderately bizarre "Light Vast Corridors," again even hinting at times at more aggressive moments for the band. Must've been the lingering effects of a bad bunch of mushrooms as the song swirls in and out of space rock passages, feedback, three-chord riffs and finally an outro where the guys simply forgot that they were supposed to keep on playing.

Other than the first two tracks, "The Wheel," is the most mesmerizing. Playing over a macabre ascending bass-line, the tracks drifts through moods of despair and hopelessness, before being reborn in a simple groove that seems to harken the birth of a new day. The vocal falsetto is particularly effective here, tripping across the melody as the stabs of guitar leads snake through. I gotta say, I have no idea what the song is about, but the lyric, "A brighter day/will come your way" hints at the hope left lingering at the end.

In the end, Euphoria is an oddly enthralling listen, that like a fine wine somehow gets better with time. For weeks, I've had the damnedest time trying to get this disc out of my CD player, even when I didn't really care for it at first. But with repeated listens, I'm entranced, and without a doubt, it's a keeper. That's not to say it's perfect. Many of the songs meander on long past their expiration date as if the boys were flooded with musical ideas and had no idea how to set up an effective filter to stave the songs down. Still, there’s no denying that these guys have talent. Fans of psychadelic prog shouldn't let this one slip by, and I for one, will be watching closely to see where the boys take their sound from here.

Euphoria isn't the right album for all moods and times, or mental states for that matter, but once it gets it's THC-laced fingers into your soul, it never lets go.

Anonymous said…
Truly a forgotten classic! You do a fabulous job of reminding about stuff I haven't thought of or listened to in years.
May 9, 2008 at 6:12 AM