A Fistful Of Questions With Jeffrey Leighton Owens From Secret Iris 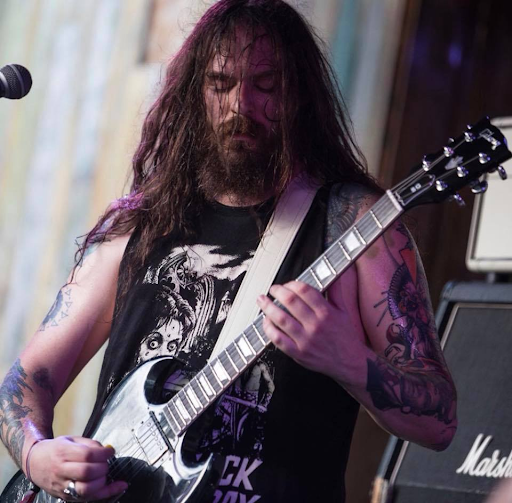 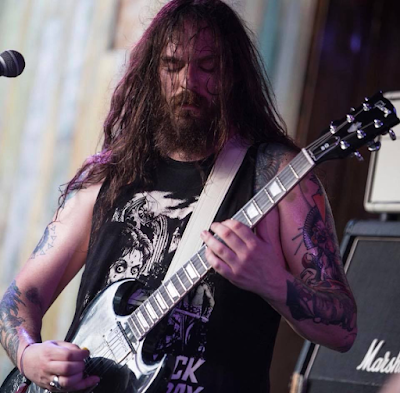 Haha I don't know. Probably David Omens or some dumb shit like that.

My mom used to sing lullabies to me. I remember her sitting on the edge of my bed with blue sheets, singing 'I've Been Working on the Railroad'. Some 40 years later, I still get a bit emotional thinking about it.

Iniquity. We later changed it to Agent 18.

Tell me about the genesis of Secret Iris?

This is going to be extremely gratuitous, but it was a long and convoluted path that got me here.

In early 2016, the relationship I was in fell apart. Roughly a year later, my dad died. All of this had me pretty discombobulated. I thought everything was fine, which was strange in and of itself, but looking back, I had really lost my bearings. Out of that came a whole bunch of new Goya songs about death, loss, and grief. I planned to play only those songs going forward, but Sonny wasn’t too enthused about that, so I relented and decided to start a new project. In retrospect, Sonny was totally right. As I recall, Marcus and I worked on that group of songs for a while. I honestly don’t remember much about the band in the following 2 years, which is unfortunate.

In late 2018, I wrote ‘What Are You Waiting For’, and I knew that was what I had been trying to do the whole time. I scrapped every song I had written in the two and a half years before that, but not after rehearsing a lot of those songs a lot of times with a lot of different people. Slowly, ‘What Are You Waiting For’ became the oldest song in the catalog, I began rehearsing with Tanner on bass and backups, and eventually I approached Matt to make this 7” and the upcoming album with us.

As for my bearings, I never found them.

What inspired the name Secret Iris?

I had been looking for a name that wasn’t taken for a long time, and was pretty ambiguous. One night when I was watching a movie or something, Secret Iris hit me. One of the guys I played with said it sounded like a metaphor for vagina, which was appropriate since I’m a giant pussy, so that was it.

How long did it take you to write and record What Are You Waiting For?

The first audio files I have of it are from October 14, 2018, and the first completed demo I have is from October 30, 2018. I’m not sure at what point in there the song was fully written. I believe the studio time we booked for the 2-song 7” was 4 days. I recorded the vocals myself at Switchblade Sound, and that took a lot of additional time, so I’d say probably just under a week total with set up, tracking, and mixing for the 2 songs. 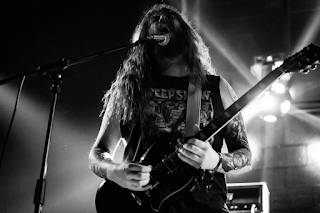 Queen, so I could harmonize with both Brian May and Freddie Mercury.

Almost all of my inspirations are non-metal bands. The Band, Nirvana, Pink Floyd, Jenny Lewis, Nine Inch Nails, The Cure, Bad Religion. This list will get very long if I don’t stop there.

There are about 10 Go-go’s songs I would love to cover.

In town, Yucca Tap Room. On tour, it’s hard to pick just one. Probably either The Lost Well in Austin or High Water Mark in Portland.

Sitting in the van, looking out the window.

Depends on the band, but usually it’s driving the van.

So many. I have consistently had the most fun in Portland. Lots of great people there. The Bay Area is always an absolute pleasure. Anywhere where the people are friendly and accepting.

As we were walking into a gas station near Brick By Brick in San Diego (amazing venue), I saw what looked like some paper in a ziplock bag by the pumps and joked to the band, “Look, a bag of meth!” On the way out of the gas station, one of the guys picked it up. It was a bag of meth. Best guess, it was roughly a half ounce. I have no idea how much meth weighs, but it was the most I’ve ever seen by far.

I’m either working at the comic shop or at a show, and I’m probably obsessively listening to Potemkin City Limits by Propagandhi.

I am really bad at business. Like…really, really, really, really astoundingly bad. And I hate it. I’m the last person anyone should ask for business advice. If you want my advice on music, which I think has nothing to do with business, despite the fact that the two things are unfortunately married today, follow your heart, and do your best to be honest. It doesn’t matter what anyone thinks, as long as you’re satisfied with what you’ve created.

I’d love to say, “Bad music,” but it’s all subjective. Sometimes, you just don’t like something because it’s your own personal taste, which there’s no accounting for. 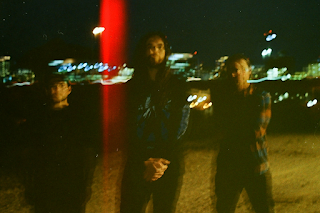 A number of times.

I think Kristen Bell is the coolest.

Yeah, but not on their legs.

Tough to choose just one album by The Band, but probably CAHOOTS.

What is your favorite song by Drake?

I cannot name a song by Drake.

Ghost or Mastodon (if you had to choose)?

Mastodon and it’s not even a contest. That ‘Square Hammer’ song is pretty good though. 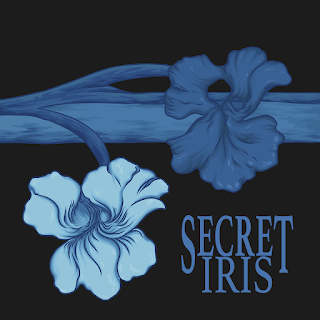 Either Returnal or The Last of Us Part II.

Mucho thanks to Jeffrey for taking the time to answer my questions.  I appreciate it.  Please, please, please click on over and give Secret Iris a listen.  You won’t be disappointed.  And on the off chance that you are it’s not like you’ve got anything better to do.