Gonna try and do more of these.   There are stacks and stacks of vinyl around my desk, some new, some old, some real old.   I’ve mastered the art of randomly reaching into the stack, pulling out the vinyl sight unseen, and getting it onto the player without ever seeing what it is.  Gives me a completely blind listen.  Then, I decide if it’s a keeper or a tosser.  Now, you’ll be there with me. 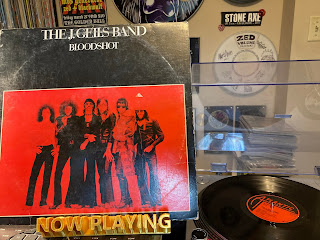 Seems like nobody ever talks about The J Geils Band anymore but back in their day there wasn’t a sweaty bar in the USA that wasn’t turned into a rockin’, brawlin’ R&B blues fest when the boys came to town.  Kinda ruined by their 80’s new-wave flavored success (which I also like) their earlier albums show off a tight band and dynamic bluesy front man tearing through some funky rock cuts.  $1 bin find and easy to grab if you stumble upon it.  -- Keeper 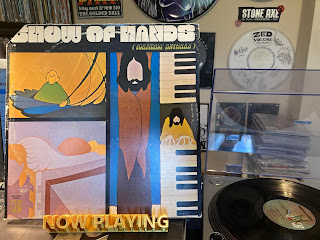 Even I accept that this may be one of the more bizarre albums in my collection and another one that I have absolutely no knowledge of how it got here.  Band is named Formerly Anthrax because their original name was….um. … Anthrax, which their record label balked at (like Formerly Anthrax is better? ).  In truth, Anthrax would have been a terrible name for these guys (Formerly Anthrax is worse) because it evokes nothing of the music which is a hyperactive blend of psychedelic progressive jazz rock.   Put out by Elektra where it sank without a trace, and understandably so.  Not sure there was an audience for this way back in 1970.  But to be honest, it sounds pretty good to me today.  Organ heavy psych prog with a frenetic cover of Van Morrison’s Moondance.  Like Atomic Rooster and labelmates The Doors, no Bass player but bass lines hammered out on the keyboards.  Some killer psych vibes on this one. worth a listen if you come across it -- Keeper 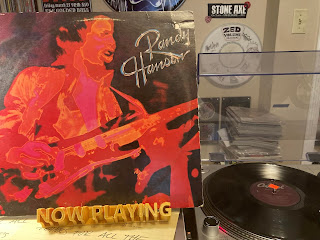 Another one that I rarely see mentioned, although Nightwatcher's House Of Rock did a nice review of it. Randy Hansen started as a Hendrix tribute artist, even contributing Hendrixian effects to the Apocalypse Now soundtrack.  Originally from Seattle, he was signed to a management company in SF and made a local name for himself with his fretboard fire.  I remember seeing him several times on the bill of many local shows.  Since then he’s gone back to Hendrix tribute and I believe the blues.   His debut album sank pretty quickly, but not for lack of guitar fireworks.   Not the greatest songwriter but unfairly dismissed, there’s definitely some heat on this one. -- Keeper