A Fistful Of Questions With Holly Royle 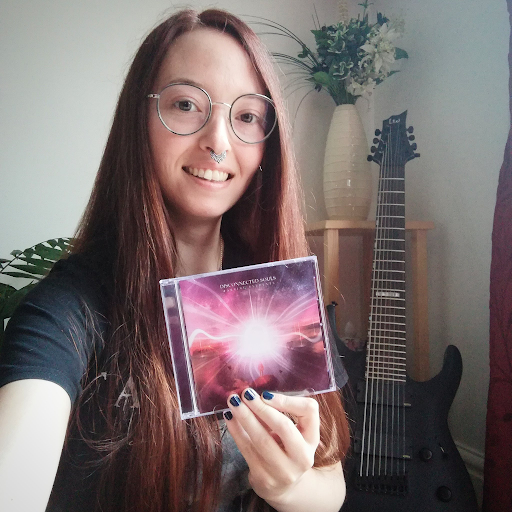 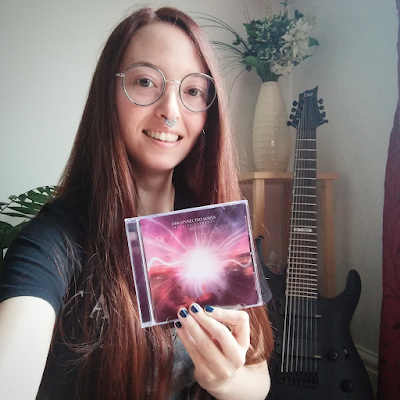 My name is Holly Frances Royle

No, I’m not quite that mysterious.

This is an interesting question, maybe something along the lines of ‘The Dissonant Whisperer’. This may be a reference to something exciting in DS’ future!

I began keyboard lessons at the age of six. I found my teacher quite daunting and, as I was getting into rock/ metal, asked my parents if I could switch to guitar lessons.

According to my dad, I used to dance in my high-chair to Led Zeppelin although I can’t say I remember that. One distinctive memory for me is watching The Rasmus’ “In The Shadows” on Top of Pops around 2003 ish. I fell in love with the band and it opened the door to the world of Scandinavian rock and metal for me.

Well, when I was in high school I played guitar in a band that became known as Ask Dean. Basically we hadn’t decided on our name and at our first gig I was asked what we were called. I said ‘Ask Dean’, meaning go and ask our vocalist Dean what the band name is. The promoter didn’t quite grasp my meaning and it stuck!

Tell me about the genesis of Disconnected Souls.

Disconnected Souls, as a concept, was dreamt up by Fletch back in 2014 as a possible side project to his main band at the time. Fast forward a few years, Tim and Patrick became involved and DS grew into a collaborative project. Then, early in 2018, I joined and we soon focused on writing our debut EP Warring Elements.

What inspired the name Disconnected Souls?

It derives from the ideas of humanity being more connected than ever and yet we’re also incredibly disconnected. The disconnect between humans and nature is also continually increasing to, as we can see, a dangerous effect.

How long did it take you to write and record Warring Elements?

Some of the song ideas already existed and it was simply a case of piecing parts together which helped. In the end it was around a year and a half in total from seriously making a start on the EP to its initial release in March 2020. We wrote more tracks than were released - we wanted to include a range of tracks that represent the different aspects of our sound, and chose to save some back for the future.

I think Muse would be great fun. Matt Bellamy is someone I greatly admire, especially as a teenager taking guitar lessons. It would be fascinating to be a part of Nightwish or Epica too, symphonic metal has played a huge part in becoming a vocalist.

I’ve been listening to Poets of the Fall’s “Carnival of Rust” a lot lately. I find it beautifully haunting and I think it suits the low end of my vocal range pretty well. That would have been wonderful to write, I may have to settle with covering it instead! 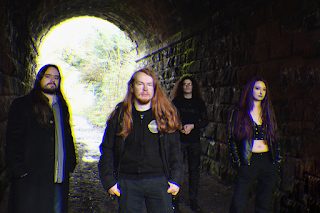 A few others to add to those I’ve already mentioned - Charlotte Wessels. Delain were one of the first symphonic metal bands I discovered when I was 13, and I love practicing singing their songs. Lacuna Coil and Within Temptation are also huge inspirations for me.

What’s a pop song that you'd like to do a cover of?

Ed Sheeran’s “Bad Habits”. The minimalism of this track is just wonderful and yet there’s so much going on… again I’ve been practicing singing this too! I think it’s good to explore different styles.

We haven’t performed live as Disconnected Souls yet… this may be a question I’ll have to answer in the future!

With my old high school band we played a couple of gigs at a venue called Islington Mill in Salford. It’s an old, converted Victorian mill - very atmospheric, but also nice and intimate.

Good food helps - no one wants to be hungry on stage, and breathing/ vocal exercises are very important.

I haven’t experienced touring yet - hopefully one day!

I imagine the lack of sleep will become a bit frustrating.

I’d love to tour around cities in Scandinavia. Anywhere in the UK would be great, and probably a bit more feasible for us.

I’m sure something weird will happen in the future… hopefully nothing too horrific! 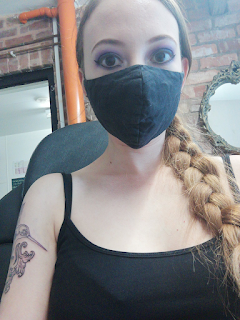 I think, most importantly, make music you love and enjoy. Gaining an income is tough, not impossible, but it’s a lot of work and enjoying what you do will make the frustrations so much more worthwhile.

Egos probably. It’s important to be confident in your ideas and there’s nothing wrong with taking the lead - with DS we all take the lead on different tracks. There is a balance though, a band only works if the members share or at least understand the band’s goals, and share the workload.

‘The Festival for the Disconnected’ - I think that would be pretty cool. It’s tricky to narrow down three, but I’ll go with Nightwish, Hans Zimmer and Eskimo Callboy. Hopefully that gives you an insight into our genre mixing as a band too!

As a stressed student… you don’t want to know.

I had dancing lessons for 14 years - I did everything from ballet, tap to some break dancing and modern jazz.

No, they float on a cloud of marshmallows in a river of liquid moonlight. I thought this was obvious?

I have a couple of options, Pink Floyd’s The Division Bell, Muse’s Black Holes and Revelations or PVRIS White Noise.

I feel like ‘This is not what I expected’ would be quite an apt title. Almost every expectation of how my life would turn out has been disrupted - and that’s not necessarily a bad thing.

What is your favorite song by Metallica?

“Enter Sandman” was a track I learned early on in my guitar lessons so let's go with that. Obvious choice I know!

Gary Numan or Bauhaus (if you had to choose)? 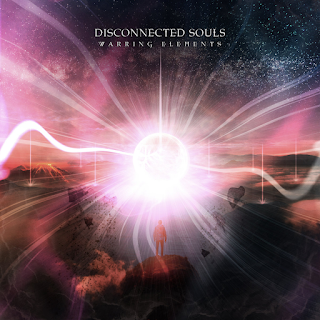 Oh, it’s this question… well I don’t do drugs so it’ll have to be the latter.

It depends what mood I’m in. I’ll go for waffles, tomorrow my answer may be different.

My Lacuna Coil t-shirt from their 2019 UK tour is pretty epic, and I have some really nice memories from that gig.

Again, it depends for me. I’ll go with stir fry - it’s versatile and pretty much anything works in it!

Emily Bronte’s “Wuthering Heights” - Cliche English student answer I know, but I truly love how dark it is, and how telling of Victorian society.

Coraline, I can re-watch this again and again.

Delain’s ‘Apocalypse and Chill’ album is one I can listen to over and over. There are some wonderful musical and lyrical ideas on it.

Enormous thanks to Holly for allowing us to see what’s running around inside that enormous brain of hers.  It is deeply appreciated.  Be sure to give Disconnect Souls recently re-released debut EP “Warring Elements” a spin.  You will be glad that you did.