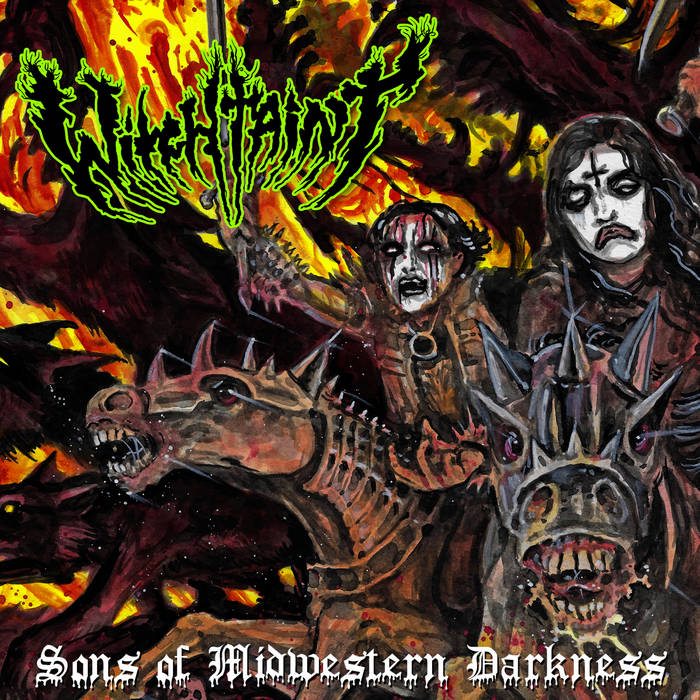 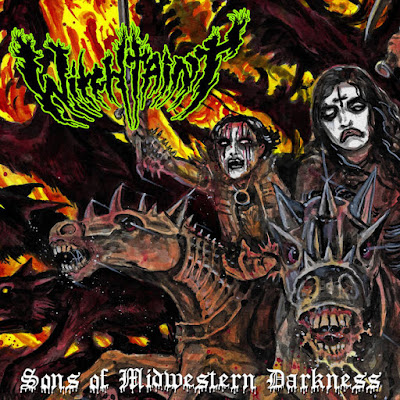 I swear to you waveriders, I honestly thought I had written a review for this album months ago back in 2020.  When I couldn’t locate a saved document on my computer I google searched ‘witch taint the ripple effect’.  After that failed to turn up anything I used The Ripple Effect’s own search function attempting to find the review I was one hundred percent positive I had written.  Still nothing.  No problem, my memory is clearly shot but that’s a matter for another day.  Let’s talk about Witch Taint and their immensely entertaining debut album Sons Of Midwestern Darkness!

It’s no secret that the world is currently not the happiest, most cheerful place.  Because of that fact I’ve sought out entertainment that puts a smile on my face or makes me laugh.  Enter Witch Taint.  While cruising around for new music one day I stumbled across Sons Of Midwestern Darkness among several other new extreme metal offerings.  Thanks to the assembled roster of an absurdly good Steely Dan cover on the youtube channel Two MinutesTo Late Night I recognized the band name and decided to investigate.

Okay look, I was laughing before I even started to play the first song.  The first sentence of the press blurb read, “From the mean streets of Gary, Indiana by way of Oslo, Norway (or maybe the other way around- we’re not sure) comes Witch Taint, the most extremely extreme and Satanic Norwegian Black Metal band from Indiana ever probably and you can ask anyone”.  Waveriders, for the very first time I saved a copy of the full album hype/band bio/press blurb because I thought it was hilarious!  I was pretty much sold before hearing a note, so it’s a good thing the music turned out to be so enjoyable.  If it was awful I would have felt pretty dumb.  Dumber than normal even! 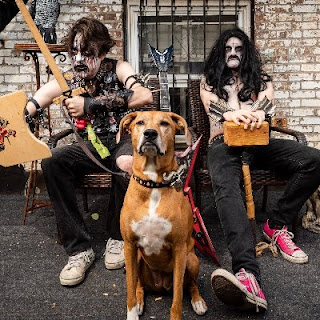 Now before anyone asks yes, Sons Of Midwestern Darkness actually is an extreme metal album.  The songs cover a lot of musical ground including black, death, and Viking metal.  But hold on!  There’s also nwobhm influence, disco, and even opera thrown in for good measure.  Thanks to this variety the listener is never given the opportunity to get bored.  Also I found something to laugh at in every song so my only disappointment is that the happy times inevitably stop when the last song ends.  At least until I hit play again.

Speaking of the songs I have a hard time selecting a favorite.  I love the hard charging opening salvo of “We Are Your New Gods” and “Death To Death Metal”.  “Sons Of Satan” and “Are You Ready (To Black Metal)” are positively hysterical.  Because I am not so young anymore “Changes” really hits home with its tongue in cheek plea for societal conformity.  The other songs are great too, but I’d be lying if I said the track I most look forward to hearing isn’t the disco-laced “Ready For LVV”.  I love listening to that song from my roundtable of grimness so much!

Waveriders I want you to be happy.  If you like your metal on the extreme side and haven’t been exposed to Witch Taint already, prepare yourselves for a great head-banging time!  Even if you don’t care for black or death metal I’m confident you’ll find plenty to laugh about and sing along to all throughout Sons Of Midwestern Darkness.  Thank you Lance The King Of Black Metal and Matthias Backwards.  I needed that.