It's Better to Burn out Than it is to Rust - When Formerly Great Artists Try to Keep Up with the Times, featuring DNA (Rick Derringer/Carmine Appice) and Gamma (Ronnie Montrose)

Another journey with me through the stacks, to see if I'm keeping the album or tossing.


We've all seen it, a million times.  The lifespan of the typical rock band is short, but never quite as short as the attention span of the typical consumer.   New trends, new fads, new clothes, and suddenly that career you'd spent years fostering . . . is gone.  Relegated to the leftover bins of music history.  Just ask any Hair Metal band when grunge came along.  Over.  Kaput.

So what do you do then?  Stay true fast to your style and soldier on ahead despite diminishing crowds and label support?  Give it up and do something completely different, like a blues album, jazz or . . . . 16th century Renaissance music?  Or, you try and adapt with the times.  Bring in that Linn drum.  Add the synths.  Tease out the hair.

Unfortunately, we can count on one hand how often that goes well.

This column isn't about the successes.  It's about two particular albums I stumbled upon from legendary guitar players who became deer in the headlights of the new sounds circa the advent of the 80's. 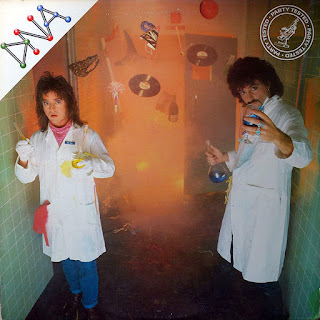 You'd just have to think that a band with guitar God Rick Derringer and drum legend Carmine Appice side by side could produce some kick ass music.  Some tearing-it-up blues rock manifesto, or some killer arena metal.   Unfortunately, based on this album, we may never know.  Party Tested is the name, listener tested shoulda been the concept.

To be fair, I didn't really expect this album to be good when I plucked it out of the $0.50 bin at the local Rasputins.  I mean, just look at that cover and the approaching 40 year old dudes with maximally teased out hair all in a way-too-80's setting.  Don't get me wrong, the album has it's moments.   The opening song "Doctors of the Universe" is fun with a pretty driving riff, and I dig the fact that they were able to write a song called "Intellectual Freedom for the Masses", where they actually sing that cumbersome mouthful of a title in the chorus . . . and it sounds pretty alright.  But overall the album is kinda a disjointed mess of attempts to sound "hip" and "current" circa 1983.  It strives for fun, but is really just kinda blah.  The cover of "Rock n Roll part II" serves no purpose but to fill space, and kinda shows that the band didn't have too many original ideas to play with.

On the whole, the album is competently played with some tasty guitar work but really, I can't think of any situation in which I'd reach to the stacks to put this on.  It's on the good side of awful, but on the terrible side of good. I'm sure they had fun recording this, unfortunately, that's more fun than I have listening to it.

So, keeper or tosser?  Tosser.  Sorry Rick. I'm a huge fan.  I'll put on Sweet Evil instead and rejoice in the true power of your craft. 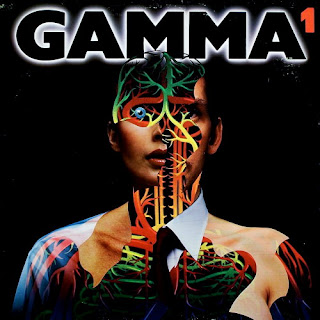 To be fair, I know this album pretty well, and at one time Gamma was a pretty big band around my hometown outside of San Francisco . . . being that they're local.  I remember lots of the cool, older kids spinning this album, the creation of another guitar legend Ronnie Montrose after his eponymous original band shattered amidst acrimony and irrational behavior.  Bill Graham got Montrose in touch with Davey Pattison, who'd soon be singing with Robin Trower, and the line up sure looked like it could light the stage on fire.

Unfortunately, once again, the sum is much less than the addition of the parts.  Biggest problem here is the material, which is pedestrian at best, and overlaid with a run of the mill production job set to blend with any number of corporate rockers of the day.  Opener "Thunder and Lightning" is about as good as this record has to offer, and it's defense, it's a perfectly competently played arena song of it's era.  Problem is Bad Company had already been out for years, who are clearly the biggest inspiration here.  And Foreigner was already tearing up the charts with arena rock that --at the time-- was far more innovative.  Montrose lays down some tasty guitar licks throughout the grooves, but the whole album can really be summed up by a song like " Solar Heat" which, despite some incendiary guitar runs and a building tension, never creates any heat at all.  It just kinda . . .goes on . .. then kinda. . . ends.  If this was supposed to by Gamma's "Eruption" a la Eddie Van Halen . . .well, it's more of a tiny spew than a full on volcano.

"Ready for Action" is about as close as you'll get to the dynamite drive of the original Montrose debut album, and the guitar does kick here, right in the teeth, and gives you so much hope.  But then a song like "Fight to the Finish" comes on and it's so terribly derivative of Foreigner's "At War With the World" which beat it by a solid 2 years.  And did it better.

So, keeper or tosser?  Damn, I'm still torn on this.  There are some nice bits, and enough nostalgia for me to overcome the fact that it's not really a very good record.  Add to the fact that I also have Gamma 2 and 3, and the completest in me is saying keep it.  Will I ever play it again?  Who knows.  Ronnie Montrose is on it, and man, the guy knows how to play guitar.