Fistful of Questions With Grief Collector 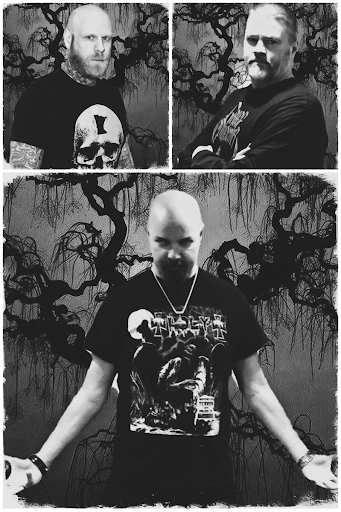 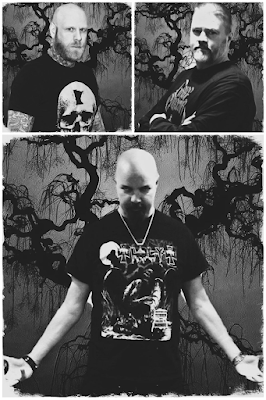 What do you get when you cross a former Candlemass singer, a drummer that is “deathly afraid” of snakes and one-time flutophonist?  You get a doom metal trio called Grief Collector and the recipients of this edition of Fistul of Questions.


How did Grief Collector materialize?

Grief Collector started out as just a recording project by Brad and Matt. But once the songs were actually written, we realized how powerful they were. So they reached out to Robert to lend his unique and incredible vocal abilities to the songs.

Was Robert someone that you knew personally or professionally?

(Brad) I’ve been a huge fan of Robert’s for over 25 years. One day when we were thinking of vocalists for Grief Collector, I realized I was friends with Robert on Facebook. So I reached out to him. The rest is Doom history.

What inspired the name Grief Collector?

Grief collector actually comes from the lyrics of a Candlemass song called “Man of Shadows”.

(Brad) I remember playing a battle of the bands in the middle of a Fudruckers restaurant during regular dinner hours. Hahahahaha, good times.

I understand that someone in the band is a “sucker for 80’s metal.”  Does that extend to “hair” metal?

(Brad) Absolutely, I love the 80’s metal a lot. Even though some of those bands were labeled “Hair Metal”. The amount of talent was incredible. For instance, Crimson Glory, Leatherwolf and Lizzy Borden had amazing players and some really great albums.

(Brad) For me it would definitely be Katatonia. I absolutely love everything about that band.
(Matt) Metal Church with David Wayne, cause they are one of my all time favorite's and they do what they do no matter what.

Have you ever heard a song and immediately wished you had written it?  If so…  what was the song and artist?

(Brad) I really like “Wish you were here” from Pink Floyd. Such an emotional and powerful song.

(Brad) I absolutely love the band Toad the Wet Sprocket. Everything they do is so heartfelt and emotional. They are definitely one of my all time favorite non-metal influences. 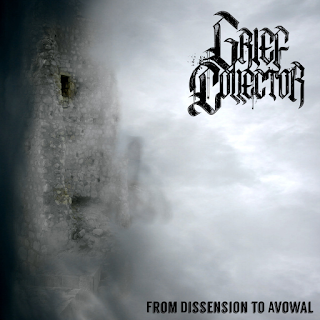 (Brad) Egos
(Matt) Egos and members out to serve themselves instead of the group.

Is there a non-metal song that you’d like to do a cover of?

You are driving cross country and you can only listen to one album.  What album would you choose?

One thing most people don't know about you?

What two things should people absolutely know about Minneapolis, Minnesota?

(Brad) Minneapolis has a lot of amazing bands coming out of here. The amount of talent in the Twin Cities is incredible.  It also has a very talented art scene and many great restaurants.

Give me a handful of bands from the Twin Cities that I should definitely check out.

(Brad) Stretching my legs and usually having an adult beverage. Exciting huh?

Prince or Bob Dylan (if you had to pick)?

(Brad) That’s a hard one to answer. Probably The Shining, Salem’s Lot or The Exorcist.


If you have yet to hear Grief Collector’s new album From Dissension To Avowal then stop what you are doing (right now) and treat yourself to five slabs of exquisite doom metal.  Seriously, right now!  You will not regret it.  Thanks mucho to Brad, Matt and Robert for taking the time to answer my queries.  I really appreciate it.