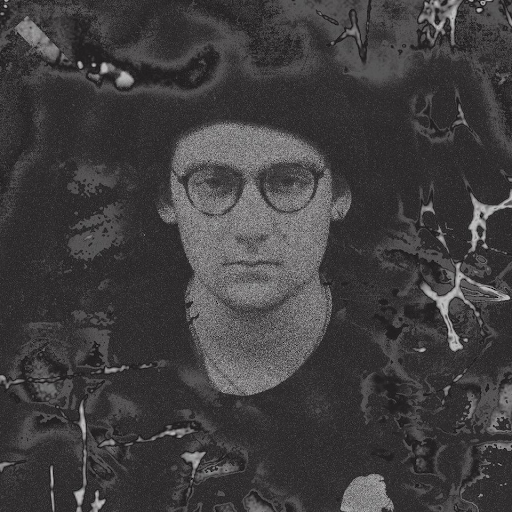 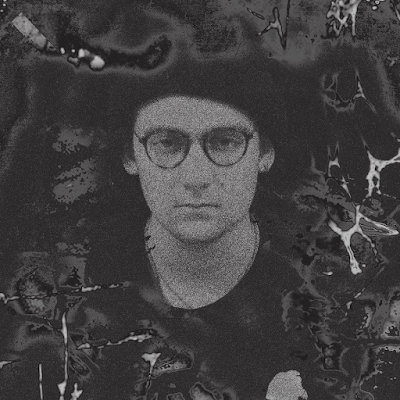 Pianist.  Student.  Sausage lover.  Aspiring audio engineer?  This edition of Fistful of Questions goes to Eric Mayer the driving force behind the exquisite doom-sludge project known as The Hands Resist Him.

The Hands Resist Him

The reason I started making music was because of the song Moonlight Sonata by Beethoven. There was an old online encyclopedia that I had on my family's first macintosh computer, and in the encyclopedia it had a section for music, and there I found the song moonlight sonata. It became my favorite song and made me want to learn how to play it on the piano. Which started me with music.
What inspired the name The Hands Resist Him? 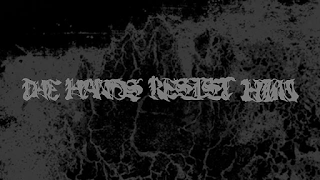 The origins of the name The Hands Resist Him came from when I was attending the School Of the Art Institute of Chicago. I was in an art history class and we were shown the painting by Bill Stoneham. I thought it was very intriguing so then I went home and did more research. I then found that there was a supposed curse with the painting, which of course is intriguing. What I loved most about the painting though was the name. It meant a lot to me, and it provoked many emotions in me. During that point in my life I was going through a lot of changes, they were all for the better, but it was extremely difficult for me to get adjusted to them. I was fighting with my old self to become a better person.

What was your inspiration for making Stone Hands?

The making of Stone Hands was a long and arduous process. I have been making my own music my entire life and I have always just done it for me, but now that I am putting it out publicly.   I became almost hypersensitive and over critical. With the EP, Taker I felt that I just wanted to get a lot off of my chest and by doing that I kinda rushed the process. With Stone Hands I wanted to take my time and really think everything through. This was a double edged sword, because though I am very happy with how the album came out I tend to be very impatient and I always want to move onto the next thing. But It was a good challenge for myself to slow down and just focus on one thing. The name Stone Hands origins is actually a joke.  When my fellow bandmate, Alex Mcgady and I were starting the album, we were just chatting and somehow we got to the subject of baseball and little league. He said that he was garbage at it, and that his dad used to call him stone hands because he could never catch the ball. So obviously I had to go with that name. It is a double whammy.  On the one hand it's a really cool name and on the other hand it’s making fun of my good friend so it was perfect.

What can we expect from you musically going forward?

I am currently working on a split with my guitar player Alex McGady’s band Grip. We are all great friends and we always help each other out, but we have never worked together. We both came out with our debut full lengths this summer so we thought we should take a step back and do something fun for our next release.

What are you majoring in at Columbia?

At the risk of sounding like an idiot may I ask what exactly an audio engineer does?

They record, mix and master music.  Basically, the guy in the studio that controls the mixing board.

Does Columbia have a thriving metal scene?

Sadly, no.  There are very few metal bands at Columbia. It is very over saturated with clout chasing soundcloud rappers. But if you look closely there are some amazing artists and musicians there.

In all actuality, neither. I usually just make the music and get everything done besides vocals, and just name them numbers, then I go back and write lyrics and then the name. 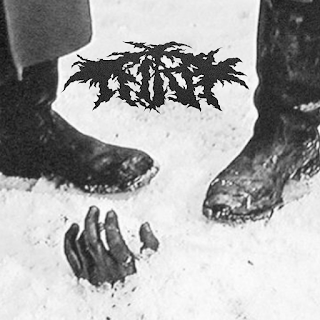 Amenra, they are by far my favorite band. Everything that they do I find amazing. I also find that there are a lot of similarities between our styles both sonically and visually, so it would be an easy adjustment.

I do that just about everyday.

You’re driving cross-country and you can only listen to one album.  What album would you choose? 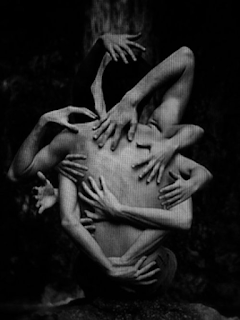 In my room, Pink Floyd- Echoes

You are stuck on a deserted island and you have to choose your guitarist or drummer to join you.  Which one will it be and why?

My Guitar Player.  I have known him longer and we have been making music together for a while so it would just feel right.

Special thanks to Eric for taking the time to answer my queries.  Be sure to check out his latest release Stone Hands.  But only if you want to hear some of the most well-executed, searing doom-sludge sounds that you are likely to hear.  Otherwise, feel free to completely ignore it.

https://youtu.be/GHExMqwB1po
Posted by The Ripple Effect at 12:30 AM