UP IN SMOKE UNVEILS FINAL BANDS FOR 2018! 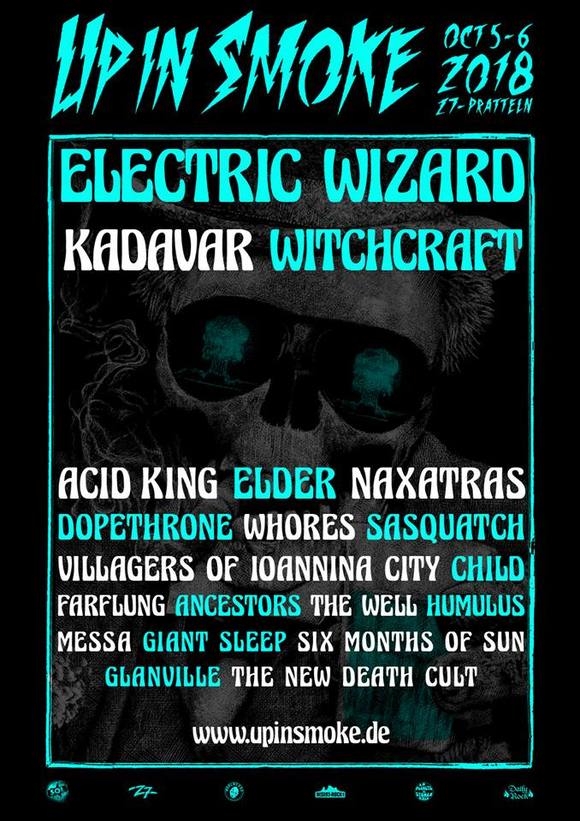 UP IN SMOKE, Switzerland's annual and finest Stoner, Fuzz, Doom and Heavy Psychedelic Rock Festival, has announced the final bands for 2018! The following highclass acts have just been added to close this year's festival edition:

Sweden's Heavy Rock legends WITCHCRAFT will perform an exclusive show at UP in SMOKE at Z7 in Pratteln! The band has barely played any live shows in the last years, so it's more than a great honor to have them at this year's UP IN SMOKE Festival VOL VI next month!

Some more sweet acts are added to the bill as well:
The outstanding spacerock cult band FARFLUNG, Texas finest heavy psych blues combo THE WELL and heavy hard rockers GLANVILLE will join Switzerland's most heavy rocking party of the year. Last but not least UP IN SMOKE has added another surprise act! THE NEW DEATH CULT is here to crush hate, injustice, environmental destruction and greed with universal peace & love. Join the cult at UP IN SMOKE!

The line-up is now complete and features 20 amazing bands! Day Split will be unveiled within 10 days, but you should grab your 2-day pass while you still can! Taking place at the famous Z7 in Pratteln, Switzerland, between October 5 – 6th 2018, tickets are available HERE! 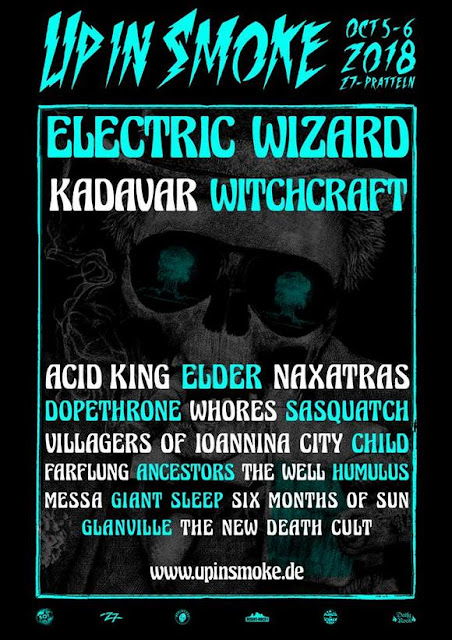