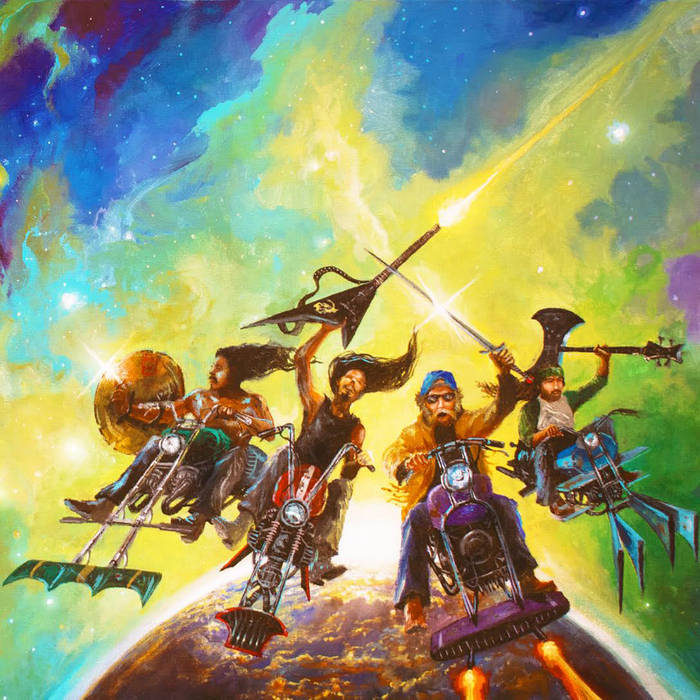 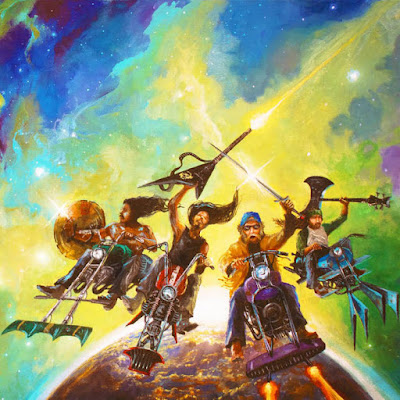 I review bands I dig, plain and simple.  So if you see the name T.C. Mayhem, you can be sure that I am bringing you what I feel is ass kicking, stoner loving, riff-tastic tunes with the destructive power of a bull in a China shop.  Today is no exception, as I bring you a break down of the newest album from Great Electric Quest.  These four musicians call San Diego home, and it is there that they put together songs that will make your head bob, your feet move, and will provide the background for many nights of listening pleasure.  Inspired by the likes of Pink Floyd, Led Zeppelin, Black Sabbath, Pentagram, and much more, this band has crafted an album that is both an homage to their influences, and a statement of their originality.  After a few listens of Chapter II: Of Earth, I knew I had found a band that I could put up there with Doomstress in power, songwriting, and killer vocal stylings.

The record opens up with Seeker of the Flame, which is a Sabbathian riff fest.  This one has vocals that, for me, bring to mind Dio and Pentagram.  I love the riffs in this one, and am pleased to see a more metal approach than what most bands in this genre employ.

The second and third songs are actually a Part 1 and Part 2, Of Earth (Creation), and Of Earth (Destruction).  In Creation, the drums steal the show.  The solo outings are tinged with John Bonham and Keith Moon style drumming, which is a very cool throwback type of sound.  Destruction comes in with a Tony Iommi riff that quickly turns into a New Wave of British Heavy Metal sound, and then settles back into Sabbath/Pentagram territory.  The guitars have a great tone throughout this song, and, really, the whole album through.  I love the mellower section that closed out the track, it added a level of diversity to the song that sat really well with me.

One thing that I truly enjoyed about this album was the vocal work; they simply shine on each and every damn track!  However, Anubis us where I feel they are the strongest.  This song has a serious Judas Priest vibe in the verses, and the breakdown as well.  The chorus has that Pentagram influence, but the rest is pure metal glory!!

This group has really used every weapon in its arsenal in order to set itself apart from the pack.  They mix influences in their music stew, and have created on of the best albums I've heard in a very long time.  Make this album hits your speakers, your headphones, or whatever you use to jam out to, because this is an album that you won't want to miss out on!!!!