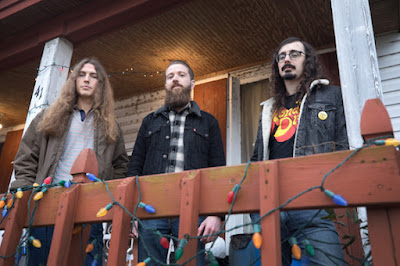 Hailing from Memphis, Tennessee, a hub of historical soul and blues that crafted much of the world's modern music, Dirty Streets have spent years on the road and in the studio forging their own style. They've moved from DIY, independant recordings to ambitiously self-produced studio ventures over the course of five albums. Their fifth, and latest, LP, Distractions, is an explosively charged follow-up to their acclaimed 2015 release White Horse, which contains a unique style of heavy, soulful and sometimes psychedelic rock. Recorded at the historic Sam Phillips Recording studio in Memphis, the album pushes the sonic palette of the band to the next level with an eclectic mix of songs. Drawing from influences that span from the bluesy twang of Howlin’ Wolf and Wilson Pickett, to the heady expansiveness of Hendrix and Donovan, Distractions lives in its own time and place. The album was recorded live in the studio by Matt Qualls and Wesley Graham in the room where the raw and explosive energy of the Yardbirds' iconic “Train Kept a Rollin’” was originally put to tape. This album continues the tradition. 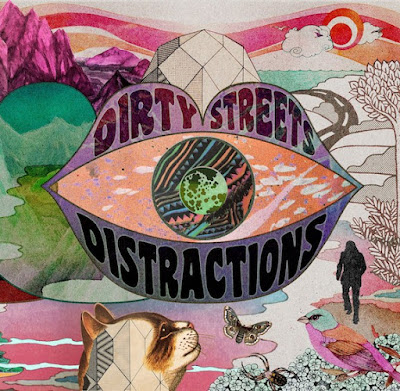 HERE'S WHAT CRITICS HAVE BEEN SAYING ABOUT DIRTY STREETS:

”When it comes to taking volcanic early-70s-style blues rock to modern times, Dirty Streets are now furlongs ahead.” - CLASSIC ROCK

“Memphis trio Dirty Streets brings the blues and the boogie on their latest album and their no-frills, less talk/more rock approach serves them well.” – ALL MUSIC

“Who says rock is dead? You just have to know where to look and that place just happens to be the streets of Memphis, Tennessee. Dirty Streets have elaborated on their signature sound which features smokin' hot guitar riffs, a mighty soulful groove and a hypnotic midnight moan.” - HEAVY PLANET

“One of the best Memphis rock records of the year. Dirty Streets have honed their James Gang-meet-Blue Cheer sound into their most cohesive album yet, and rock critics from all around the country are taking notice.” - MEMPHIS FLYER

“Rather than essaying the heavy garage blues of previous platters, the Streets polish big-ass boogie rock, driven by the meaty riffs and plainspoken soul of frontguy Justin Toland.” - BLURT MAGAZINE

“Dirty Streets trio cranks like a dirty hybrid of the Black Keys and Kings of Leon.” - MILWAUKEE JOURNAL-SENTINEL