December is almost here, bringing along Christmas markets (popping up everywhere!), snow (starting to fall here and there...), and the usual madness of year's end celebrations... But above all, it brings the "HAIL THE HOUNDS TOUR"!! Greenleaf, The Atomic Bitchwax and Steak teaming-up to rock you with the hottest and finest spaced-out stoner grooves! 16 dates in 7 countries, starting from December 1st! You just shouldn't miss that: Tab have a new album, and rumors say that Greenleaf might play some tunes from the new record they're working on! 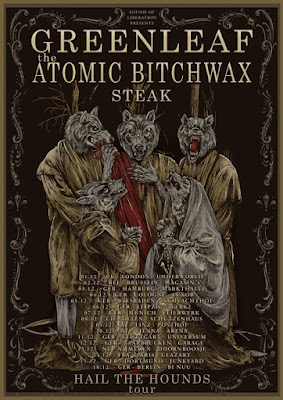 We are also thrilled to tell you that MaidaVale, the Swedish grooviest star rising in the skies of heavy psychedelia, just joined the Sound Of Liberation family! The quartet is currently working on its second album, set to see daylight in March 2018! MaidaVale will of course be touring in the Spring to promote it :) 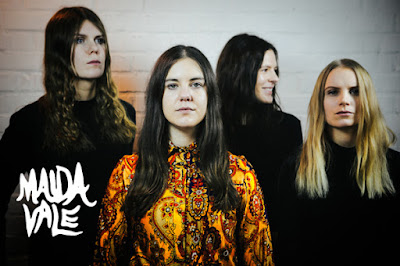 And as usual, many of our other artists (1000Mods, Mars Red Sky, Monkey3, The Necromancers for instance) also have dates scheduled here and there this month, so check-out our Website if you don't wanna miss the next gig of your favorite band!