The Great Discord -  The Rabbit Hole 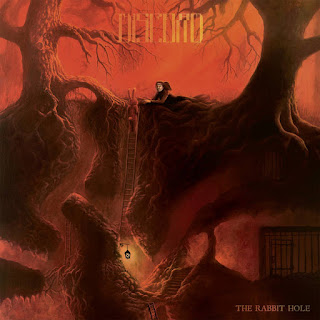 Dimman has a very sinister feel to the music intro which flows into Noire a more progressive metal song with some excellent female vocals.  Gadget has an industrial intro then a very metal feel to the sounds and vocals and has a great head banging riff.  Darkest Day keeps up the progressive metal festival of sounds and vocals with some excellent time changes.  Tell Tale Heart has a very mid-eastern feel to the music with some Dream Theater influences.  The Red Rabbit has a more metal less progressive sound that will have you singing along.  Neon Dreaming has a slow mellow sound that will have you close your eyes and drift away.  Downfall is the intro to Cadence this is definitely a song that is influenced by Nightwish.  Omen is if you can imagine Yes/ Asia but with a more metal feel to it and female vocals.  Persona ends this excellent album with a Headbanging singalong song. Any fans of progressive metal need to get this cd. 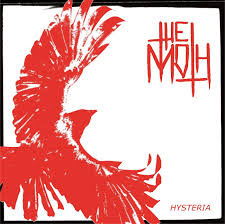 Empty Heart is slow stoner death style metal slow grinding and heavy.  Hysteria is a Sabbath guitar overdriven rhythm with lots of feedback and growling vocals.  Brachial is very slow and moody with a dark sinister feel.  Slow Your Pace again is slow grinding and heavy.  This Life is even slower and overdriven that most on here imagine Sabbath in slow motion.  Blackness is faster than the last few songs with a lot of overdriven guitar and deep growling vocals.  Loose crawls up from behind and works its way up your spine and into your brain causing nightmares.  Shattered is more in the old Sabbath style but with growling vocals.  Fail has bass that is so overdriven it almost blows up the speaker and your psyche.  Jupiter the final song is very slow and steady with some vocals that are sung not growled.

Tony Steele And The Massacre – A Ballad for Dead Love 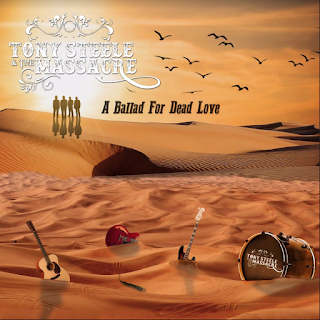 A Ballad For Dead Love the single is very old school country western meets early Outlaws.  Great guitar work and sing along vocals and a toe tapping rhythm mixed with some Buddy Holly feel to the music. 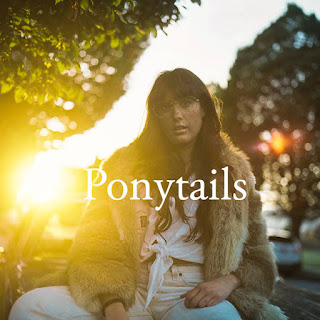 Despair starts with the sound of a bass plucking then guitar works its way in then some very melancholy vocals.  Love to You is a slow sad love song that just drifts on till the end.  Next Time starts with a mid-tempo and some great lead guitar which continues thru the song.  Old Ways is a very sixties influenced number with some great musicianship.  Pieces has sort of a 60’s meets U2 quality to the song.  Young Hearts is another slow moving love song with lots of emotion that slowly builds till the end.

Email ThisBlogThis!Share to TwitterShare to FacebookShare to Pinterest
Labels: a ballad for dead love, country, heavy metal, hysteria, ponytails, progressive rock, the great discord, the moth, the rabbit hole, tony steele and the massacre, U2