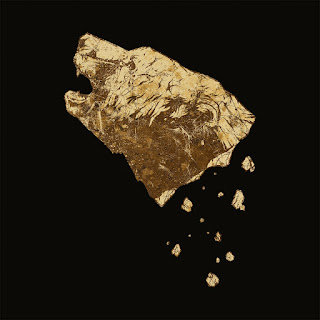 So how often can a drummer for one or two already established and killer bands break away and do something that is unexpected, something unique and able to stand on it’s own two feet? Not often. Hell, I can’t think of anyone besides Dave Grohl or Phil Collins, who have pulled it off successfully. Well except maybe Justin Greaves, skin beater for Electric Wizard and Iron Monkey, who with his project Crippled Black Phoenix, have created in their latest album ‘Bronze’ what can be considered a contemporary exploration of mood and atmosphere.

This is no collection of 3 minute dittys designed for ass shaking, no, this is an album that demands your time and attention. An album not to be taken lightly, it makes you want to experience it as a whole, while still working song to song as well. Hearkening back to some of the most relevant bands and albums of the early to mid-seventies and onwards, this UK Octet crafts some of the most passionate, melancholic, psychedelic stoner-prog found on either side of the moon. They succeed at pulling you in to their world, a world this is terminally overcast, and weary, but a world not without emotion and, dare I say love?  Listening to this I hear Pink Floyd, I hear The Cure, I hear Muse, I hear King Crimson, I hear Mogwai. And it works. All of it.

I especially love the places where they take musical chances, like on the album opener which is an orchestral instrumental track led off by a passage from the beginning of Genesis. Another example is in the chance that was taken with the song ‘Scared and Alone’ employing a horn section to accentuate the tired and troubled vocals provided by Belinda Kordic, who shines in the singular track that she takes lead vocals on. The rest of the albums tracks are sung by Daniel Anghede who at times is reminiscent of 80’s post-rock goth progenitor Peter Murphy with his deep baritone voice and delivery. 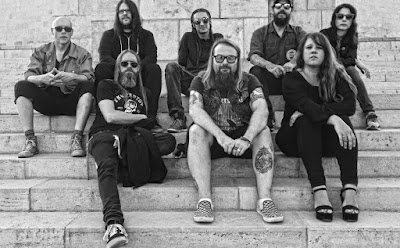 My favorite track on the album comes in the 7th slot titled ‘Turn to Stone’. It is a paean to every great rock song written in the Seventies, with its mid to slow tempo march, infectious main riff that makes you bob your head, and it’s psychedelic guitar nuances, emphasized by a vocal delivery that’s half Robert Plant half Neil Young. The latter part of the song is a ride out on the bridge riff, proving that there is beauty in repetition.

Elsewhere throughout the album you’ll find hints of organ, synthesizer and other non-standard instruments placed tastefully for maximum effect, enhancing and emphasizing the masterful songwriting. The end result being an artful, moody collection of contemporary prog-rock songs with heart, that shines brightly in a musical landscape that is all too often more of the same.
-Mark from Zed

It is a great record but you should know that turn to stone is a cover of Joe Walsh's classic. Done expertly though :-)