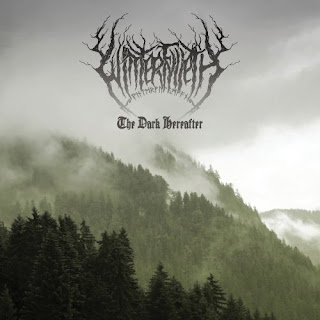 There is, within all of us, a primordial soul that hearkens back to a simpler time, a time when we were much more in touch with the natural world. As humans, we were not meant to spend our days in concrete valleys, surrounded by buildings that seem to touch the sky. We were not meant to cover over nature, and put ourselves in situations day after day where we don't see a blade of grass or the leaves on the trees. Yet in this modern world, we convince ourselves that this is indeed the world we want, the world of the material, the world of the unnatural.

Black metal is seemingly an unlikely conduit back to nature, but it has much more in common with the natural world than you might think. Although it was appropriated for a time by those who would use it as an excuse to wreak havoc on the world, it has always been a rejection of the modern and more specifically of man made religion, and thus advocating a return to the pagan and the natural. When black metal is done well, the listener can feel the natural elements in the music.

Winterfylleth does black metal very well. This album is yet another in a string of releases that has put them at the forefront of this genre and kept them there for several years now. I know I've said this before, but put this album on, listen with your favorite headphones, close your eyes and you are transported away. You feel as though your are moving back in time, away from the modern and back to being more in touch with the world around us. I'll be honest, there are moments on this release that made me emotional, that touched something in me that doesn't get touched very often. “Pariah's Path” is a gorgeous track, about the exile of one who has killed his brother. It is drenched in emotion. The music evokes the feelings that would accompany such a deed, and the resulting banishment from any contact with mankind.

The other track that really stands out for me is “Green Cathedral”, which is very much about being in touch with the natural world around us, and how we can lose ourselves in it. I don't know how they do it, but again the music brings about the feelings and emotions that can go along with being open minded and in touch with nature. Beautiful music from what many would consider to be any unlikely genre for such things. In order to gain the most from this journey that is our lives we must be open to new things and experiences and drop the preconceived ideas about where these experiences may come from. Anyone, old or young, can teach us. Anything, any source, can be a pathway to things that change our lives.

Winterfylleth accomplish this on this release. Put aside any ideas you may have about what black metal is or means, and open this door to new vistas. Get in touch with your primordial side and let this album be your spirit guide. This band deserves much more widespread recognition and hopefully this album will do that for them.