The Body & Krieg – Self Titled 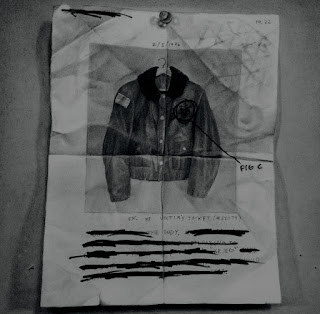 Collaborations seem to be the “it” thing in heavy music, with many different artists throwing in their lot together. There are a lot of supergroup releases at the moment. Then there is The Body, who march to their own drummer and do the collaboration thing all the time. With these guys, they do it so often it almost seems like the old Marvel Team Up comics, with a montly match up of your favorite heroes. This one is particularly interesting and they get together with Neill Jameson, who basically is Krieg, being the founding member and only band member who has participated in every release by the band.

This is a mash up of industrial and black metal. Some of the tracks are straight up one or the other, although most are a combination of the styles. Right up front I have to mention the vocals, in particular the ones done by Chop King of The Body. He manages a sort of shriek/screech that is extremely unnerving, yet at the same time you can't really get enough of it. One of the most unique vocal performances I have heard in a long time. I know he has done it before, so maybe it's just that these songs are the perfect vehicles for the tones he emits.

This is a heavy, crushing, corrosive beat down of an album. These artists manage to conjure up something truly bleak and riveting. “Carved Out And Caved In” feels like your heart and soul are on some immense grindstone, and life just keeps pushing them against the stone and wearing down your very existence with each passing day. There is no hope, not even a glimmer of something better, just life literally wearing you away more and more each day.

“Never Worth Your Name” is a down tempo bruiser filled with static and noises that make you think you're better off not knowing from whence they come. And again, that shriek of the vocals that makes you want to curl up and make yourself as small as you can so you don't have to see what is coming, what could possibly be making that noise. “Gallows” is another one that grates on you, that rubs you the wrong way, and yet is so good you don't want it to stop.

All of these tracks feel like they are going against the grain in a really delicious way. They give you the creeps, but the kind you want to keep feeling. This album takes you on a journey down a road where the creepy crawlies are just out of your vision, but their essence seeps out of them and is so vile that you feel it like an actual physical presence. The farther down the road you travel, the more intense the feelings become, until at the end you are overwhelmed. You can travel no further, nor do you want to. Just lie there and let the madness descend, over and over again.

Email ThisBlogThis!Share to TwitterShare to FacebookShare to Pinterest
Labels: black metal, carved out and caved in, collaboration album, Gallows, industrial metal, Krieg, never worth your name, Self Titled, The Body, the body & krieg