On the Ripple Desk - featuring, Hidden Cabins & Eyeswan split 10", and 5 AM

It's been such a long time since I sat down to write some reviews.  Just got way caught up with running the Ripple Music record label.  Public acknowledgement to my brother, Penfold, who's taken it upon himself to help keep Ripple Effect rolling seamlessly while my energies were diverted elsewhere.

But I'm back (whether you wanted me back or not).  And to start with I'm going to catch up with the mountains and summits of submissions on my desk to shed some light on some killer releases, new or . . . not quite so recent. 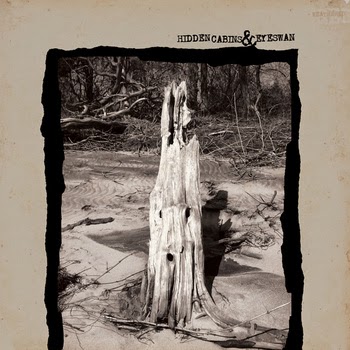 Forget the gorgeous marbled vinyl, and forget the fact that I dig the 10" vinyl format, what we got here are just some killer cuts of post-indy rock.  While Hidden Cabins are new to me, the vinyl came to me via Craig Cirinelli [also of (Damn) This Desert Air & The World Concave] who's here on vocals/percussion.  I've been a big fan of both of the aforementioned projects, so had no hesitation jumping in and giving this vinyl a spin.  For Hidden Cabins, Craig is joined by  Brian Hofgesang [also of Books…] on guitars/effects/vocals.

This is damn fine, moody, evocative post-punk, post-indy, post-whatever rock, with two cuts that only leave me wanting more.  Powerful and emotional is the name of the game here.  Even though they dig the acoustic guitar, don't call them a folk act as they know how to turn up the volume, injecting a healthy dose of gut and grit into their melodic, expandable songs.  Definitely worth checking out.

Flipside, Eyeswan also hail from New Jersey, and teamed up with Hidden Cabins to unleash this 10" on UK's Engineer records.  Eyeswan plow a similar road of post-emo-ish punk with chiming guitars and catchy melodies.  The vocals here are a bit higher pitched and more in line with what I usually think of as emo, but not whiny or annoying.  Both bands are masters at bringing a somber ambiance to their post-emo pop, with Hidden Cabins specializing a bit more in the mood and Eyeswan a bit more on the energy.

It's no wonder these bands are good friends.  Their sound is similar enough that the split flows flawlessly from song to song (and the bands alternate songs on each side, rather than split sides).  Engineer Records did well to pick this up, and I believe copies are still available. So, if post emo-punk is your flavor, you gotta check this split out.  I'm digging it. 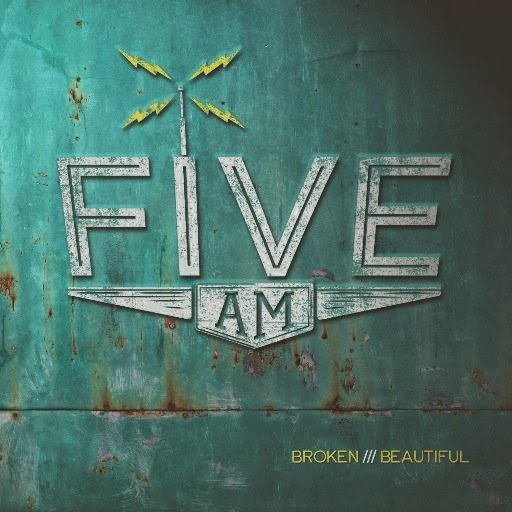 It was quite a few years ago that I wrote about a moment of perfect serendipity, when I was driving up the 101 freeway early in the morning, with the sun rising, the pelicans soaring over the coastline, and Five AM blaring from my car stereo.  Since then, that album has always held a spot of pop perfection in my mind, filed next to such radio starts as Matchbox 20.  Since then, the band has been silent, but recently Five AM, traveled to LA to start on their new album with producer John Fields. The multi-platinum producer has worked with some of the biggest names in the music business from rock bands like Switchfoot, Jimmy Eat World, Lifehouse and Goo Goo Dolls, to chart-dominating pop acts like the Jonas Brothers, Pink and Miley Cyrus.

And the long wait was well worth it.  Musically, 5 AM pull from such influences as U2, Matchbox 20, Snow Patrol, and Foo Fighters to craft what is simply some of the most exquisite, radio-friendly pop-rock out there.  Toss in some 80's keyboards and angular structures reminiscent of the Cars on "Let's Go" and we got about as satisfying a listen of radio pop as I've heard in ages.  Most importantly, besides the solid hooks, sweet melodies, soaring choruses, and dynamic playing, 5 AM have a real singer who's voice, while smooth, isn't afraid to dig deep to find a little soul.  I'm so tired of pop music men singing all whiny and wimply a la One Republic.  Pop music didn't used to be a fey venture, and with Five AM in the game I'm happy to say that a little muscle has returned.

Now, if there is any justice in this world, 5 AM will find their place on the airwaves, YouTube channels and streaming services taking the place of wimpier bands.  I can't think of any good reason this band isn't as huge as One Republic.  Each song is simply crafted and built for widespread radio play.   But don't take my word for it, jump on in and give it a listen for yourself.