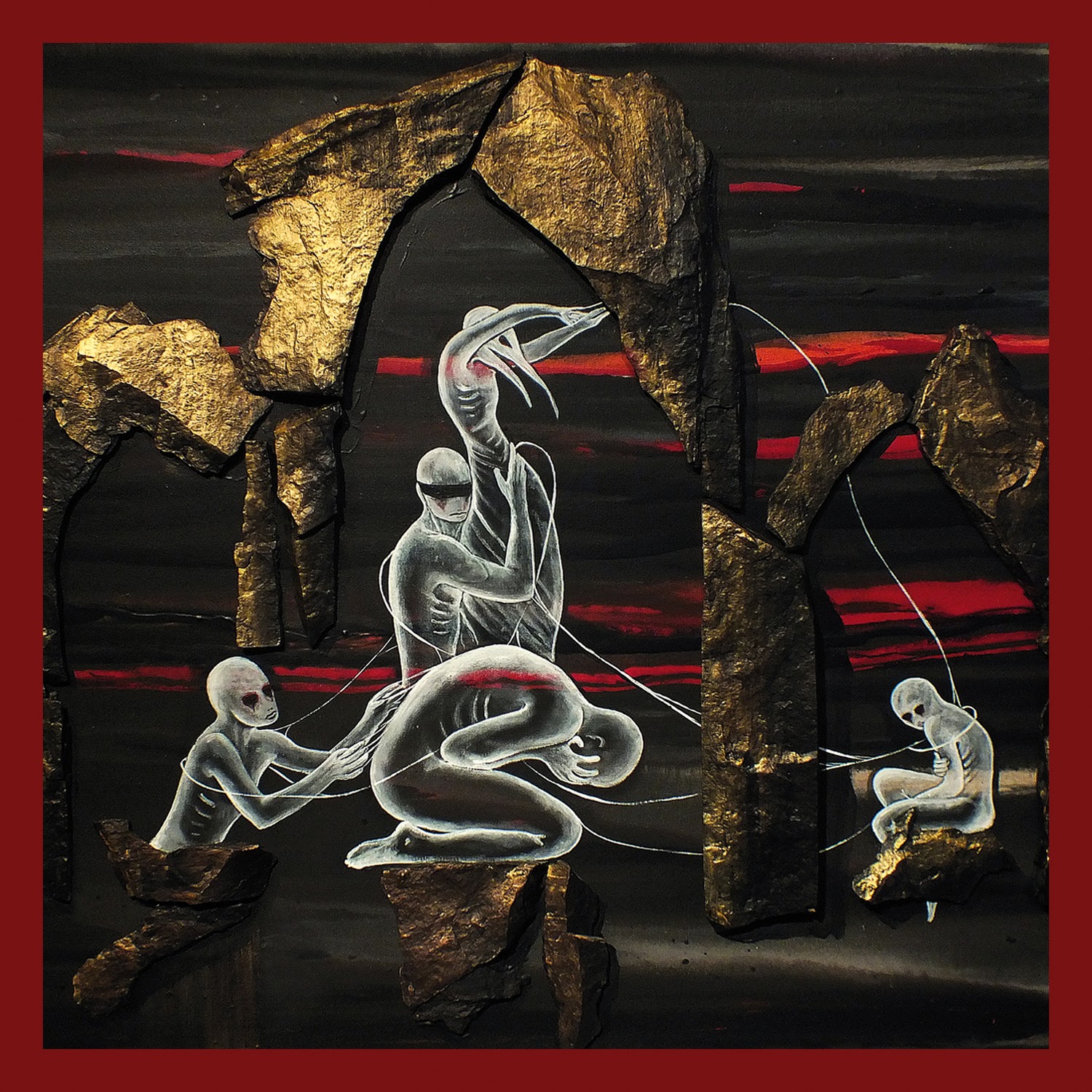 Weird is not a bad thing.  There is nothing wrong with being different and out of the mainstream.  If we worried about things like that there probably wouldn't be any metal, nor would there the free thinkers who were willing to buck trends and current beliefs to bring along advancements in all areas of life.  So when I call these bands a couple of French weirdos, I mean it in the nicest way possible.

Blut Aus Nord has been a band that I have kept an eye on for a long time.  Their particular brand of avant garde black metal weirdness is just really, really good to me.  Their output is spectacularly solid and consistent, taking traditional black metal and twisting and warping it in all the right ways.  On this split, they give us 3 songs that are not necessarily groundbreaking, but they continue their long trend of music that is just amazingly good.  Not a lot of vocals going on with these tunes, but does there really need to be any?  There is an unholy vibe simmering just below the surface of these tracks, as with all of their best work.  If you're not familiar with this band, use this as a jumping off point but check out their 777 trilogy of albums for some of the most amazing black metal you're going to hear.

P.H.O.B.O.S is an entity unknown to me prior to hearing this split, and the good news for me is that this one man band definitely brings the weirdness.  I guess the closest you would describe this music is industrial metal, but slow motion industrial as it does not have the same up tempo feeling that a lot of industrial music has.  Which is not to say it is lacking in any way.  I really enjoyed the 3 tracks here.  The somewhat tribal rhythms of the genre are here, but the rest of the instrumentation more or less worms its way around and gives you that slippery feeling that makes the music seem like something you can't quite grasp or latch on to.  The tracks here are definitely worth multiple listens as they reveal little nuances as you get familiar with the basics and listen for something more.

If you listen to splits and try to compare one band with the other, or think that they should sound alike, this one will disappoint you.  But that is not always the idea of a split.  Keep your mind open and enjoy the sounds brought to you by each band, in their own way.  Don't short change either of the bands, or yourself.  If you are a fan of metal that's a little on the avant side, or if you just want to try something a little out of the ordinary, give this one a whirl.