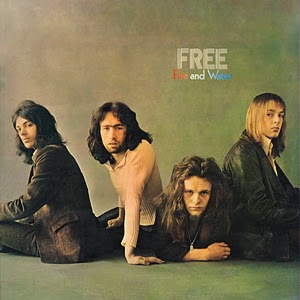 Gather ‘round, boys and girls.  I want to tell you of a different time.  It was a time when the music business was still somewhat taken with the idea that artists could be encouraged and developed.  The idea that if a record label took its time with an artist, they might grow in stature until they were a mega artist, and all that investment that a label had put into them would come back many times over.  It was a time when record labels were run by people who cared about music, and not just how much money could be made from music.  I know, some of you just won’t be able to wrap your heads around those ideas.  It is true, though, and this particular album is the proof of that.

This album, in my opinion is one of the all time greats.  It is a reference in time to a band that was firing on all cylinders, a band that was at the pinnacle of their powers.  If you know the story of Free, it was a point in time before the band came crashing down around them due to the demons that would not let go of Paul Kossoff.  These guys were kids when they wrote and recorded this.  Andy Fraser was 18 years old for God’s sake!!  Thankfully this monument exists.  This is an album I have literally grown up with; I don’t really remember a time in my life when this music did not exist.  I can remember, as a very wee lad, being pulled in by this album.  There is something very primal and instinctive about these songs.  I have no idea how many times I have listened to this album but it has to be close to 100.  When you are 6 years old, you don’t know anything about the blues, about how life can be a drag.  But when I heard “Don’t Say You Love Me,”  I just KNEW what Paul Rodgers was singing about, I knew how bad he hurt.  Of course, now that I’m older I’ve experienced those things, but that song has always made me feel the same way.  When you can make a 6 year old feel the blues, you’ve done some shit right there.

This was their 3rd album, and right from the start they knew exactly what they were doing.  Free had only been together about 18 months at this point, but they had albums and touring under their belt and they were on fire.  The title track leaps off the album, a bluesy stomp about a woman who runs hot and cold, about being tired of that treatment, and wanting to do the same in return.  I’ve gone back and forth about whether they were a heavy band, because that is the knock against them that some people use, but I’ve heard BBC session and live recordings of this song that are as heavy as anything you want to put against them from this time period.

“Oh I Wept” is up next on the album, a gentle song, a counterpoint to the first.  There is every bit as much tension and release in this one, but they show remarkable restraint.  There are a couple of moments when this song seems ready to take off, but they pull it back like pros.  Just a very beautiful song about having your heart broken.  “Remember” comes next, and this is just a light rocker about reminiscing, good times with old friends.  But it does rock, it is so well written and the solo break that Paul Kossoff takes just could not have been any better.  It works so well.

“Heavy Load” is track 4, and also the title of the definitive biography of this band.  It’s hard to find but well worth tracking down if you want to know their story.  The imagery conjured up by the lyrics is incredible:

Gives me chills every time, and the music that goes along with it is just perfect.  Did I mention that these guys were in the teens and early 20’s, and they wrote stuff like this?  When I was that age I was lucky if I walked out of the house with my clothes matching.  A band with this chemistry that just meshes 4 parts so amazingly well together does not come along often.

Tom Petty wrote a song called “Listen To Her Heart” that deals with the same thematic situation as the next song on this album, “Mr. Big”.  You got a girl, she loves you and you love her, and some hotshot with more money than sense comes along and thinks he can take her away based on the material things.  Tom took a light hearted approach, just saying that, “Sorry dude, but that ain’t gonna work”.  Free felt a little different about that whole scenario.  Leave us alone or I will have no problem digging a hole in the ground just for you.  And the breakdown in this one?  If you have somehow never heard this song, go listen to it right now.  I’ll wait.  Andy Fraser was never the most technically proficient bass player, he wasn’t playing 90 miles an hour, but his solo in this song is absolutely off the hook in how well it goes with the song.  I keep going back to that statement, and as I said above this is a band at their absolute peak.  They had played together so much they just clicked.

I mentioned “Don’t Say You Love Me” above, a beautiful blues ballad about being lied to that just builds and builds.  Then the album wraps up with “All Right Now”, and if you’ve been alive any time since 1970 and somehow not heard this song, my mind would be blown.  It is a great, rocking, pop song and every bit as good as everything else on this album, but sadly this is all that the vast majority of people know about Free.  They were so much more than writers of great pop songs.

If you haven’t caught on by now, I absolutely love this album and this band.  I know every fan of music has a band that they feel is tragically underrated, and this is mine.  That might seem an odd statement given that they did have some incredible success around this album, but they could have been one of the all time greats.  Paul Kossoff, had he lived, would be considered one of the all time greats on guitar.  I know far too much about addiction, I know how it can grab hold and claim your life, no matter your station in life.  He joins a sad list that is far too long of musicians who lost the battle with their drug of choice.  It demonstrates as well what a rare combination of talents and abilities this band was at their peak.  They tried to move on without Kossoff, but the magic was not there.  We have this album as a document to what they could do, we have the other recordings, an amazing box set called “Songs Of Yesterday” that is hard to find but worth whatever you have to pay for it.  If all you know of Free is “All Right Now”, grab this album and give them a shot.  If we ever meet, I know you will thank me.