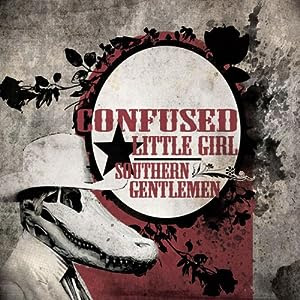 (this album had such an impact on the kiddies in the pool, that two writers decided to review it.  you can check out the other review here)

I run into people all the time who absolutely hate working these academic fairs.  They loathe what they believe is the false process of fishing for prospective students.  I suppose they believe that their school’s/employer’s name should lend enough weight by itself to separate new students from their hard earned money.  Huh…Northerners.  As for me, I have no idea what is not to like!  I love being behind the Ripple University table.  I love conversing with people, letting them know that they could find a home at Ripple U.  Perhaps being a Southerner imbues me with a more easygoing nature?  Or maybe the fact that I’m always polite to the prospects garners a lot of positive energy in return.  Take what happened earlier today for example when I conversed with a young woman who moments before had stormed away from a table several feet away from my own.

“Excuse me miss.  I couldn’t help but overhear the end of your conversation.”
“My conversation?”
“Yes, ma’am.  The one you just finished with that recruitment agent over there.  You know, the one which ended with you yelling some rather strong statements her way?  I hope you don’t mind my saying so, but you seem upset.”
“Upset, huh?”
“Yep.  I’d say so.  Would you mind if I asked what that recruiter said that pushed you over the edge of civility?”
“If you must know, she accused me of being a confused little girl.”
“A confused little girl?”
“That’s right.”
“I see.  What did she think you were confused about?”
“Life in general apparently.  She said my interests were unladylike.”
“Any interest in particular?”
“Yes.  I told her that I wanted to study music in college.  She began listing off the numerous awards and honors her university’s music school has earned, but when I explained that I didn’t wish to study classical music and instead focus on rock n’ roll all the color drained from her face.”
“Hah!  That’s hilarious!  The only thing better would be if she had actually passed out.  Say…that’s a nice backpack you’ve got there.  Any chance those patches sewn into it are indications of what music you like to listen to?”
“Oh yes sir!  Those patches represent my favorite bands.  I’m really into classic southern rock like Lynard Skynyrd, ZZ Top and The Allman Brothers Band as well as heavy metal like Corrosion of Conformity and Down.  Honestly I listen to other types of music, but…hey, what’s so amusing?”
“The hands of fate at work my dear.  I believe it was predestined that I would run into you today.  You will be a perfect fit at Ripple U!  We don’t put limits on what kind of music you can study.  And while our music department isn’t littered with golden chalices, I can tell you that every one of our graduates has had success in their chosen field.  Now I want to ask you one very important question.”
“Okay, shoot.”
“As far as Corrosion of Conformity goes, do you prefer Deliverance or Wiseblood?”
“It’s close, but I’ll have to go with Deliverance.”
“Miss, I’m afraid that advisor was right.  You are indeed a confused little girl.”

Waveriders, today we’re going to discuss a little album called Southern Gentleman by the band Confused Little Girl.  Now I know what you’re thinking but relax.  Have no fear.  There is absolutely no confusion regarding the merits of this band, this album, or the manner in which the band goes about their business.  None, zero, nada.  What we have here is a confident group of musicians determined to crush mountains into rubble with their powerful sound.

Confused Little Girl is made up of four people; Billy Van Muddlestein, David Washburn, Red Reilly, and Josh Henry.  While their bio lists Orlando, Florida as their hometown, I’m pretty sure that this group lives well outside of the downtown metropolitan area.  In fact, my guess is that their actual home is located deep inside the Everglades.  Why?  That’s easy.  Not only do they come right out and say repeatedly in the album’s first song that they ‘come from the swamp’, but their music contains all the hallmarks I would expect from swamp dwellers.  It is marvelously sludgy like a swamp’s muddy landscape.  Also, there is tremendous muscle behind the aggressive instrumentation.  This muscular sound will envelop the listener like an alligator’s jaws, and it won’t let go.  Lastly this band is very deliberate with their music.  They never seem to be in too much of a hurry.  Putting a foot wrong in a swamp can be very hazardous to your health.  The composition of these songs seems to incorporate this valuable lesson.  So what about those songs?

Southern Gentleman tears your speakers asunder with one of the most thunderous opening tracks I’ve listened to in some time.  Seriously, I may not have come across an opening salvo as righteous as this one all year.  Confused Little Girl means business, and “I’d Rather Booby Screw A Walrus” is there to sledgehammer that point home.  That’s right.  Awesome song title, amps to eleven, bowel-shaking main riff and choruses; it all adds up to transform the listener into a grotesque bobblehead attempting to forcefully detach its head from its neck!  Thankfully my head is still attached because I need to further compliment this band.

The low end stomp Confused Little Girl possesses is a thing of beauty!  Thick as molasses guitar and bass tones deliver devastating body blows to your eardrums on songs such as “Hookers On Horseback”, “Books and Guns”, and “(Hey Dad) Stop Looking At Porn On My Computer”.  The band is not content being a one-trick pony either.  They switch things up by throwing in the mostly ballad-like “Ink To Paper”.  Another added wrinkle is how they take different vocal approaches such as the ethereal singing during the choruses to “Jordan Catalano Needs To Break Up His Shitty Band” or the cleaner, twang-heavy vocals during “Vegetarian Homeless People”.  One last note.  If you hadn’t noticed, this band comes up with some outlandish song titles.  If the ones I’ve already mentioned haven’t convinced you of that, how about “Honestly, Who Gives Their Genitals Pet Names”?  Simply stunning!

The bottom line here is that Southern Gentleman is an album you need to hear.  If you love southern metal like Corrosion of Conformity or Down, or just stupendous riff-machines like Clutch you can’t go wrong with Confused Little Girl.  Now if you’ll excuse me, I’ve got to finish filling out this rental agreement for an airboat.  The swamp is calling.  Rock on and rock out!