Blackened Hardcore vs. Hardcored Black Metal: Is there a difference? What YOU need to know! - Featuring Dead in the Dirt's "Fear," Early Graves' "Goner" and Craft's "Void."

Did you read it and immediately think, without logically evaluating anything, "Holy Christ! Why the goddamn hell do I not know the crucial differences in these sub- sub- sub- sub-genres of metal?!?!" [Not sure why I'm making you sound like Hunter Thompson.]

Just the fact that hardcore and black metal can both be present in a band means 2011 isn't all bad. Not like 1987, when the mere idea of punk and metal together meant a fight. Now with some bands you may as well not bother trying to give a genre.

That's very cool to me. That's "peace in the galaxy"/ tolerant-of-all enough to be on a Star Trek episode.

Anyhoo-- two hardcore punk acts with obvious black and sludge metal influences, today we have Dead in the Dirt and Early Graves, specifically their respective releases Fear and Goner, as well as Craft's Void, which to me is more black metal with hardcore features. 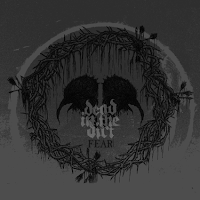 First, Fear. Chuggy, breakdown-ish sludgy, blastybeaty hardcore (with a very agile drummer-- he usually plays the blast beat or the d-beat, but can turn on a dime when the music needs that, more like a tech-death style drummer).

Ridiculously intense, it never relents, not for one goddamn second. It's like the most angry/ferocious features of hardcore, black metal and grindcore joined forces to become, Voltron-style, a super-aggro being possessing all of the strengths of its constituents but none of their weaknesses!

Fear, song-wise, is definitely of the LOLA (like one, like all) category-- the entire work is essentially one long, detuned raging blackened hardcore-fest.  "Disease" encapsulated their sound best, I think, and even for these songs is brief (1:51). 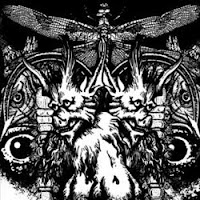 Next, Goner-- the most obviously metal of the three here, still very very hardcore (d-beat, three-chord tunes), and very nearly as psychotically angry as Dead in the Dirt's work. "Rot" is my favorite, followed closely by "Wraiths," which opens with a lovely sludged-off riff. Unfortunately, Early Graves love to fill space with feedback, which gets old.

But enough about these acts for a minute-- let's talk about you. You look different. Have you done something with your hair? Lost weight? Been working out? Had some sort of major elective surgery? Joined a cult? Pregnant? You are glowing. Whoo, I tellya, if I were 20 years younger (older?) I'd be all over that. 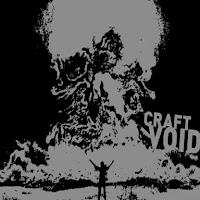 Aaaaaaand we're back. Regarding Craft's Void, track three, "Come Resonance of Doom" is a lurching, sludgy blackened hardcore breakdown of a song, like Harley Flannigan was in Darkthone or, more accurately, like Mortuus singing for Discharge.

Track 4, "The Ground Surrenders" is straight out of the Disfear playbook-- until about halfway through, where there's black metal aplenty-- vocals, blast beats, and a choral section. It's a very cool blend of the two styles.

Void is growing on me the more I listen to it. It's probably the most enduring of the three, becuase it never manages to be predictable or boring. The former two aren't boring either, I don't mean that-- it's just that you'll always know what to expect with them.