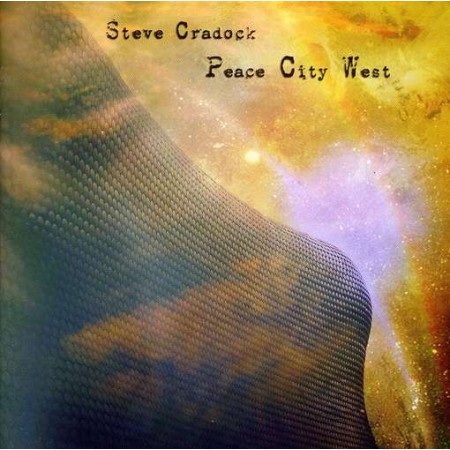 On August 22, 1969, the Beatles held their last photo shoot at John and Yoko’s British home Tittenhurst Park before the band disbanded.  As the last Beatles’ shots were being taken in Berkshire,  9 miles southeast of Birmingham city center Steve (“Stephen”) Cradock was being born.

On Cradock’s birthdate the Rolling Stones ruled the U.S. charts with their No. 1 smash hit “Honky Tonk Woman.” By Cradock’s first birthday the Beatles had disbanded and it had been almost a year since the Stones placed a single song in the top 40.  Yet, somehow, those early childhood memories of Beatles and Stones were to become central influences in Cradock’s music and his guitar playing.

Cradock did not perform publicly with a band until 1988 when, at 19 years old, he formed a “Mod” cover band called The Boys.  In 1989 he first met his greatest influence musician Paul Weller who then owned a recording studio where Cradock spent much of his time getting evicted while trying to get The Boys’ music passed on to record companies and agents. Their relationship blossomed in 1991 when Cradock returned to the recording studio with his new band Ocean Colour Scene that ultimately toured with Weller.

Weller is known for his work with The Jam, a band that started by playing Beatles covers and some original music until 1976 when it charted with a number of new wave songs before they disbanded.  Weller and his work with The Jam are cited by many Britpop bands, such as Oasis, Blur and The Arctic Monkeys, as a major influence on their music.

Cradock’s music is a reflection of his upbringing and life experience.  His second solo album, Peace City West, is a British Pop music fans’ dream. It  features James Buckley from the cult TV show The Inbetweeners and collaborations with Paul Weller, Sally Cradock, Andy Crofts and P.P. Arnold.  The release echoes the Beatles and Stones music of 1969.

Peace City West rocks fourteen tracks of 1960’s tinged rock that, according to The Cornershop, was “recorded over a fortnight at Deep Litter Studios - a barn on a farm at the most southern most point in Devon.” The album is rich with the same mix of country, rock, skiffle, new wave, and psychedelia styles that were exhibited by Cradock’s greatest influences. Peace City West is also a very personal record, For example, Cradock says about the track “Only Look Up When You're Down,”

“That was written for my mum because she hasn't been well but it can be taken in general terms as a way to look at life. I didn't want it to be too maudlin.”

Other songs on the album run the entire gambit of the classic late 60’s sound from the Dusty Springfield-like “Steppin' Aside” to the Kinks-inspired guitar riff on “Last Days Of The Old World,” Cradock will have you thinking bell-bottoms are back in style.

It is not just the music that is inspired, it is also the lyrics.  Check out this gem of a couplet:

“Put on my flairs, cos I’m just a boy at heart...My scooter sits idle just like my bible.”

It is a type of writing reminiscent of John Lennon.

Peace City West is a cycle of life release and a renewal of sorts.  For the short 45 minute running time you will ponder - Is this what the Beatles would have sounded like had they stayed together?