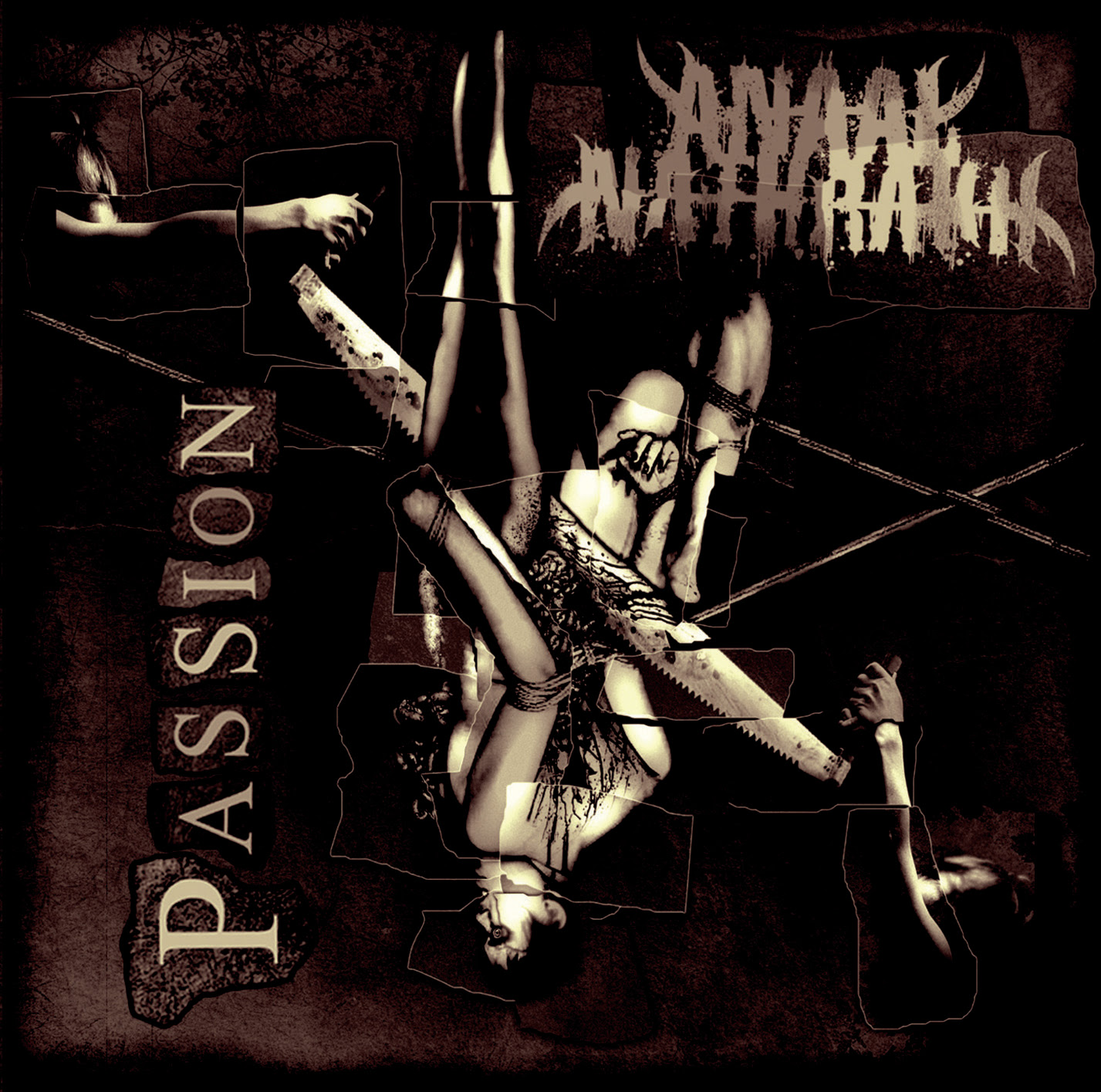 Passion is the soundtrack of the interior of Regan MacNeil's skull.

Passion is an audio snuff film.

Passion is industrial black metal (though the less-accurate blackened industrial sounds much cooler).

A philosopher once said the music of an age in turmoil is not soothing.

Passion is that music. Yet, disturbingly, is actually soothing... what does that say about us, as a people, or me in general?

First track, "Violenti Non Fit Iniuria": seems to open with background sounds that emerge as screams, whether real or not, run through a distortion pedal or board or just a bent bullhorn... the effect is lyrically psychotic and psychopathic, a singing monster well beyond its own mind... like Nero meets Denis Rader... DeSade's quite hummable love sonnets....

"Drug-Fucking Abomination": three minutes of (actually rather catchy) industrial grind, then with a chorus (as AN are wont to do) that's symphonic (a "chorus" of singers in high tones and in unison, not unlike Wagner or Grieg), but in a "Night on Bald Mountain" sense: there's that strange electric scream under the vocals, giving the whole piece a Satanic grandeur.

Ends with semi-orgasmic gasping over chewing sounds; suddenly cuts off. Make of that what you will.

"Post Traumatic Stress Euphoria," I love their titles. ("The Unbearable Filth of the Soul," from their last record, In the Constellation of the Black Widow? Fuggedabowdit.)

"Who Thinks of the Executioner," its gibbering madness, an even more aggro Ministry... as if Spiders had evolved fingers to play black metal....

If Behemoth is genuine rage recorded, Anaal Nathrakh is genuine madness, is genuine insanity, is what mental health professionals call a diagnosable mental disorder, almost certainly a psychotic disorder with comorbid diagnoses out the ass....

"Ashes Screaming Silence": (if wearing headphones) something walks through you (a genuinely disturbing trick with fading, from front left to rear right);  then at 2:51, whispers, from back to front, crescendo up to the bloody-throated screaming "...And that means something, doesn't it...? Doesn't it?!?!"

This song the best example of rage-cum-insanity-- a vivid depiction of the split, the schism, the break, emerged as articulate, into psychosis, the divorce from reality....

"Portrait of the Artist": explosions in background, warped radio broadcasts of symphonies in impossible keys-- some WWI flashback, a dying mud-crusted soldier tripping on mustard gas....

the howling dementia of a patient screaming along with a symphony in the background the patient does not actually hear:

Paging Dr. Horn. Paging Doctor Horn. You are needed in Psychiatry. We need your help to stabilize the mental state of the many people exposed to this new musical catastrophe. Save us Doctor! You're our only hope!