January 08, 2010
Ah yes . . . the beloved smell of napalm in the morning. Curiously, Kilgore never mentioned anything about the sound of napalm in the morning, which in its own way sounds like victory. Napalm Records, a label that has apparently been around since the early 90’s, and for some reason or another, I never recognized the name or noticed the imprint on the albums that have passed in and out of the Ripple office. But today, well . . . today is the day that I took note, and in keeping with the theme from Monday’s Metal Report, I thought it would be apropos to shift the spotlight on over to these cats and a couple of their more recent releases. Specializing in metal, Napalm Records have an interesting and somewhat curious roster under their banner . . . a lot of gothic, moody, dark and atmospheric, sorta’ symphonic stuff, the label has recently stretched the borders of their sound by signing up Monster Magnet and Karma to Burn. Though these aren’t the bands that garnered my attention, I am intrigued by the sudden variety that this label now has to offer. Today . . . it’s all about the thrashing death outfit, The Kandidate, and blackened pagan masters, Troll. Grab your longboard and surf the waves while under enemy fire, and welcome to the sonically destructive world of Napalm Records. http://www.napalmrecords.com/ 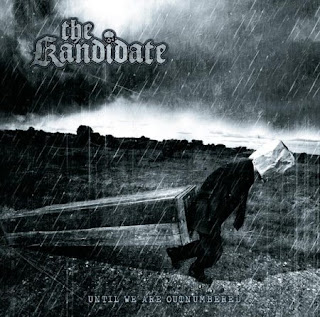 The Kandidate – Until We Are Outnumbered

The moment I hit play on this disc, I knew that I was hearing something that appealed directly to my more metallic senses. Until We Are Outnumbered is heavy and utterly aggressive, but there’s an odd sense of melody and dynamics that I’ve yet to fully comprehend. You’re not going to hear sweeping musical interludes with sixty musicians creating massive swells of atmospheric movement, but The Kandidate do an amazing job of sliding in those subtle nuances within the textures of the riffs to completely captivate the ears. It’s little things like string bends in the middle of a groove that you don’t normally expect to hear, or tempo shifts that seem to resemble downshifting a car for more power. For the most part though, this album is sheer brutality set to pulsing rhythms and driving beats, massively detuned and distorted guitars, and vocals that would better fit a riot. The underlying emotions of the music are propelled by a no nonsense attitude less of despair and more in line with open rebellion . . . and I’m not talking about an adolescent rebellion against mommy and daddy not letting one play with their video game console. I’m talking about the type of violent rebellion against a more powerful authority. Governments. Religions. Absolute power.

“Give Up Hope” is a blistering, up tempo thrasher of a tune that has a Slayer vibe, namely in the vocal approach, but mixed with the sludgey tones of bands like Transport League or early Entombed. This song highlights that earlier mentioned subtle dynamic. High speed tempos pummel the listener throughout the verses, but once it comes to the chorus, the notes are more sustained, the vocals are more sustained, and by opening the space as The Kandidate do, they create moments of sonic intrigue. And then, towards the end of the song, the band sneak in an excellent tempo shift powered by a lone guitar riffing away, accented by the rest of the band with sudden bursts of sound. Still absolutely brutal and unquestioningly aggressive, the band flirts with progressive sounds that make them interesting enough for multiple listens.

“Shut ‘em Up” is a stunner. The string bending madness throughout the main riff is the stuff that perks up my ears, and then throw in the gang vocals, man . . . these guys know how to compose a piece of music that generates some hostile emotions! This song is steeped in the classic era of thrash. Fuck all attitudes mixed with a high level of musicianship, it’s like listening to classically trained musicians getting their drunk on and flipping cars on their roofs. It’s a beautiful cacophony of anarchy. And just when you think it’s all bedlam and hardcore fused chaos, The Kandidate drop the instrumental epic “We Conform To the Unrighteous.” This song is a brilliantly crafted tune that clocks in at just over three minutes that features so much going on that it has that epic feel to it. The bass, all distorted and monstrous sounding, rumbles the groove while the guitars chug along like a machine of destruction through a burnt out post-apocalyptic city. The textures that these guys apply over the structure of the composition are excellent. Until We Are Outnumbered is an amazing collection of music that every metal fan should be keying into, especially those fans of the more extreme genres. www.myspace.com/thekandidate 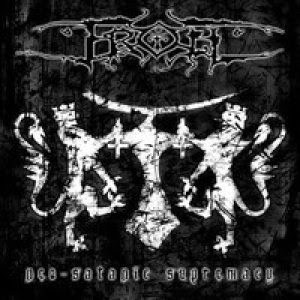 When I stumbled on this disc, I was immediately taken aback by the title. Ya’ see, it’s the whole Satanic thing. I’m scarred by my religious upbringing to believe that if I’m exposed to dark and evil energies, then I too will become dark and evil. Now, the logical side of my brain knows better than that, and to listen to dark and evil music is no different than reading anything a historian would have penned in the effort of educating or enlightening. So, with this change in perspective, I sat down and listened to Neo-Satanic Supremacy with an open mind. You wanna’ know what I found? Sure you do, or else you wouldn’t have read this far. I found that Troll is pretty frickin’ awesome! When black metal gets too screechy, I get annoyed and quickly become uninterested. Troll immediately grabbed my attention by weaving great ambient textures into their oppressive sound, adding just enough low end to make my sternum hurt, and injecting a touch of dark melody to make it all memorable. Yep . . . there are blastbeats a plenty . . . demonic vocals as well. Troll creates such an amazing atmosphere of despair that I can’t help but be fixated on the imagery. I’m always amazed when musicians can string together these musical thoughts and create such strong moods with sound!

Opening track, “Til Helvete Med Alt,” is rich with sounds, ranging from the typical black metal bombast to beautifully elegant keyboard laden passages. Howls of terror and agony combined with the demonic trill of the vocals add a darkened flavor that simply enhances the already bleak imagery. The blastbeats and high speed guitar riffagery are made that much more imposing once the tempo breaks and the keyboard flourishes are heard humming away in the background. Highly technical music, Troll is comprised of musicians that have that knack for creating compelling music in the midst of total oblivion. “Alt For Satan” follows directly after the lead track and pummels the unsuspecting into a puddle of sludge. Fast, fast, and even faster, but fused with great atmospheric aspects that create points of interest. Also, the guitar work is off the hook! Not only do these guys hammer away at the fret board with inhuman abilities, they bring their instruments to the forefront with great tone. I can’t help but rock my body back and forth as these guys power their blackened groove into my aural cavitiy!

Spoiler alert! “Burn the Witch” is a flat out killer! This song captures every essence of black metal that I love. It’s fast, performed with technical proficiency, oppressively dark, and laced with a musicality that compels me to stop and study the flurry of notes and sudden time changes. It’s damn near progressive metal in the vein of fellow countrymen, Enslaved. To take the extremity of the music for face value would be a terrible injustice. Troll has as enough musical talent and compositional skill to be enthroned at the top of the black metal heap so that they could look down on their peers with contempt. Yes, the music is dark and some may feel that they are slowly turning to the dark side with every second they listen to this stuff, but Troll help keep the genre relevant by incorporating these great moments of melody, as brooding as they may be, to enhance the sonic spectrum by approaching the music with a progressive step. Nothing too heady, nothing too noodling . . . just a fresh approach to a genre that can get stale without the infusion of much needed color. Neo-Satanic Supremacy . . . take a walk on the dark side. www.myspace.com/troll