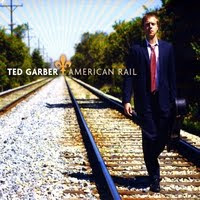 The thing that I’ve always liked about the singer/songwriter has always been their ability to strip the music down to its barest form and move the soul with a vibrant array of lyrics. But the lyrics alone don’t do the work. Generally, the voice comes in and conveys the emotion with well phrased lines, slight changes in intonation, subtle nuances that captivate the senses and let the imagination soar. These singer/songwriters have the power of conviction behind their voices and for many years now, I’ve listened to the various works of artists like Jim Croce and Cat Stevens, marveling at their ability to craft a song that sounds as complex as any concerto, but is stripped down to its root.

All that stuff about singer/songwriters breaking a song down to its root form still applies, the difference being that he’s filled more of the open space with huge movements of sound to give the music greater life, greater dynamics. The sincerity is still there, almost as if he recorded himself playing an old acoustic on a dilapidated wood porch, and then brought in a handful of talented, and equally soulful musicians to add their own voices. Garber’s voice, though, is the key to American Rail. True, the lyrics are strong and captivating pieces of poetry, but like the great singer/songwriters of the past, it’s the deep down soul and natural conviction to his voice that makes the songs what they are. 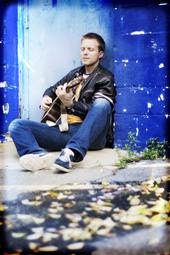 Listen to a song like “Giving Tree,” with its blues-y, jazz-y vibe and get lost in the vocal performance. Part folk narrative and part scat-rap, Garber not only captures the New Orleans atmosphere with the lyrics, but with the sounds. With harmonica wailing at the most opportune times, the music has that shuffle amidst the oppressive humidity of the Deep South. Brass sections crying out their Dixieland wail while the gas lamps burn through the night. And, maybe more important, the music has an organic quality to it as it captures a soulful essence. Lyrically calling for mankind to be good to mankind, Garber is speaking on a universal level, maybe even in a metaphysical karmic sense, that life would be whole lot better, in every facet, if we just gave a little bit to each other, one good deed, etc. He hits the nerve with the line, “Don’t gotta’ be no Rockefeller just to help another fella,” which gets me thinking about the clan of homeless folk living in my neighborhood park. See? The power of conviction.
What further gets me about American Rail is that Ted Garber isn’t content to pigeon hole himself within one particular style of music. While “Giving Tree” has that New Orleans Dixie sound, he goes in a completely different direction with “Montevideo.” Woo . . . this song is a scorcher! Steeped in the Latin sound, flavored with some jazz tones, Garber stamped our visas for us and transported us deep into South America. If “Giving Tree” captured the sensations of parading down Bourbon Street or the steamy confines of Preservation Hall, “Montevideo” puts the listener in the middle of a street during Carnival. The polyrhythmic beat pushes the song along while Garber seamlessly shifts his vocals from English to Spanish. Prepare yourselves, Waveriders . . . you’re gonna’ want to dance to this one. Key in on the guitar solo, as well. Garber’s six string skills take center stage, intermingling bent notes with fantastic phrasing, and then applying a massive swell of alternate picking at the crescendo. So tasteful!
Garber can slow things down, as well. “Break Me Down” is a beautiful, impassioned ballad-y type tune that features not only Garber’s rich timbered voice, but some more exquisite guitar work and the subtle, textural hum of synthesizers. Again, the lyrical phrases and intonation are in the spotlight. Much more somber than the previously mentioned songs, “Break Me Down” helps show the diversity of the songwriting, the ability to go from upbeat and danceable to chill out and introspective is a talent that too many modern singer/songwriters never tap into. It’s alright to show that sensitive side, but to complete the picture of the artist, there needs to be variance. American Rail definitely shows the multiple layers of Ted Garber’s being.

“Strike It Up,” “Waste Some Time,” and “March of the Working Class Hero” all have a more rock-y edge to them, bordering on pop, yet still retaining that organic, folk-y roots sensibility. “March of the Working Class Hero” is just downright fun with a guitar line that reminds me of something that would be played by The Clash. Filled with great sing along choruses and harmonies, this is the song that I could see popping up on a jukebox and everybody nestled at the bar singing in unison during the many “Whoa-Oh’s” scattered throughout the song. “Waste Some Time” is a full-fledged toe tapper, upbeat and moving, good wholesome rock song. As the song kicks off, I’m reminded of Van Morrison. There’s just something about the chord progression and the vocal approach. And there ain’t a damn thing wrong with reminding me of Van Morrison!
Ted Garber is one more gem that I’ve been fortunate enough to uncover, and American Rail is a time capsule for any music fan to go back and discover for themselves. Garber does more than just write songs about himself, he writes songs about life experiences, places he’s been, loves that he’s lost and found. He tells tales about spirit from a place of honesty and integrity, a place powered by the soul. Too many times in recent memory, singer/songwriters have come along and tried to impress us with their “sensitivity” by being way too sensitive. Thankfully, Ted Garber never walks that path. In the vein of Bruce Springsteen, Garber delivers his music to folk of every walk of life. It’s the kind of music that every able eared listener can relate to. The lyrics tell a story in the greatest folk aspects while the music tickles the senses from want to nostalgia. Well crafted and the love for the art shines through every note. Get aboard the train, y’all . . . Ted Garber is piloting American Rail straight for your heart! - Pope JTE