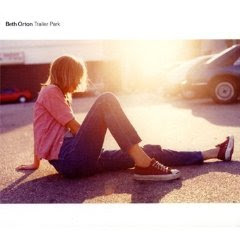 London, in 1996, and the party is just growing in the central city and on the edges in Soho and beyond. The pubs close and you wander to the tube; with a bit of the drink in you, the sound of the tube echoing off of the tunnels, Doppler shifting down and out of site, is just a little different. Think back: Oasis was making the world safe not only for Brit-pop again, but so were The Verve. It was loud and noisy and fill concert halls with sound and fury.

And when you arrived back at your flat, weary but awake, perhaps you saw the world through new eyes, eyes that hadn’t seen the sunrise as opposed to the sunset in quite some time. 30 years past Joni Mitchell and Carole King, Beth Orton put on the best extended buzz album of so many years, seeing folk through the rave and techno and acid beats of the ‘90’s with new and inventive eyes.

The legacy edition of Trailer Park arrived at Ripple Central, long overdue and yet sounding as fresh as it did 13 years ago: a brilliant combination of Orton’s unique folk voice, dipped in echo and as lightly battered as fresh chips, and softly rising synth sounds that presage her delicate acoustic picking in the opening “She Cries Your Name.” The freshening up of the sound on the disc only serves to heighten the effect of the music coming towards you, slowly and inexorably til Beth is sitting front and center in your flat: Falling from the western selves/ To find yourself alone again/ Wonderin' where you have been/ Your lonely voice/ Calls across the star lit coast/ Reaching out to be see/ she cries your name. The effect is startling, her lyrics enthralling, the climbing bass line and strings complimenting the electronic effects is a delicious ensemble of sound. Beth’s voice is husky, without the sky rending effect that so many female vocalists have to have before they’re termed “angelic” by reviewers, yet has resonance and the power to evoke complex emotions with a simple turn of phrase, or a delicately sung chorus. 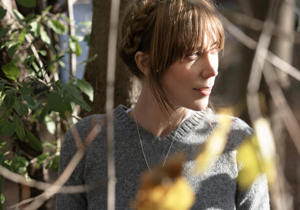 Building 'em up in order to find/ What's not lost but left behind/ My instinct got bruised, but I still see/ I was a victim of being no casualty/ Just like coming home she sings on "Tangent", and yet, as she sings the refrain of just like coming home, home recedes in the aural equivalent of a swirling galaxy: home is more distant than we think. The programming on the drums stutters delicately in the background but has nothing on the effect that the production has to lose us in a kaleidoscope of sound.

"Don’t Need A Reason" and "Sugar Boy" are more solidly from the folk tradition past, the violins adding a plaintive note to the lyrics on "Reason": Yeah we only hurt the ones we love/ While...we don't need a reason/ Only care for the thing we deserve/ And that's something to believe in. There is quiet beauty in "Sugar Boy’s" delicate acoustic picking and the rise of the band in the chorus. Do you want me to lay down for you? She asks, while fully intending to do no such thing.

"Someone’s Daughter" and "Live As You Dream" are uptempo numbers, lest you believe that the entire album is only for the slow, quiet and stoned. I'm someone's daughter, not a son but a sun/Can I ease your pain till the morning comes/ I'm no one's daughter revel on to the sun/ Gonna ease your pain till the morning comes, which is as beautiful an expression of loving and giving as you’ll hear in music; the moment of exquisite beauty in loving another. With a light and quick drumbeat, and entwined guitar parts, the song skitters along with its own internal energy.

"Touch Me with Your Love" builds, both with the repeating sample and drums, but also a bass line that never quite completes, leaving an air of tension that Beth’s breathy reading of the first set of lyrics does nothing to break. Now hold on hold out/ You're still thrown against a wall/ Never looking to be picked up or left alone to fall. The bass presages each line of the lyrics, and even the sweet melody of the chorus does little to reassure the questions asked by the words. The production makes Beth recede from us, and the distance is a little unsettling, the bass and pre-programmed rhythm almost hiding her from us. "Whenever" is equally complex, the chorus (Right words, you know all the right words to say/ You don't always mean them my way/ You don't always mean what you say) has a group of Ortons singing in complex harmony with a sound that will stay hooked into your head, as complex vocally in places as the guitar accompaniment is simple behind the lyrics. 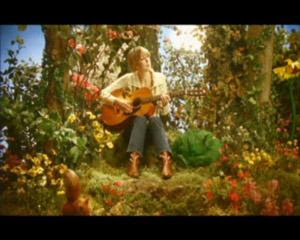 Clocking in at 10:11, the closer to the album almost rewards those drifting, whether in reverie or slumber: "Galaxy of Emptiness" celebrates the birth of acid folk, perhaps inevitable when artists started to get hold of the entire Blue Note catalog to create acid jazz. It is almost 4 minutes in before Beth even takes a breath, for 4 minutes the slow rise and fall of the keyboard sample has been holding hypnotic sway, inhaling and exhaling, daring us to our breathing tempo to it. Stars light they sky in a gutter full of of broken dreams tonight/ Though how not content that's the way it seems to be/ Still I've been fightin' all week though I don't know what for/ Hopin' someone else, someone you used to score/ could you please knock me off my feet, for a while? Beth gazes both down to the ground and sees only the stars in the reflection; her gaze is both macro and micro at the same time. The music continues to breath, or settle in before withdrawing, like waves on the beach. And we are left, not knowing if we have been left behind as the dawn breaks or if it is only a temporary abandonment.

Unlike the original CD, there is a follow up disc here, and unlike most Legacy Editions, the second gets better as it goes along, although the live version of "Galaxy" (track 3) is interesting in that it shows a level of warmth that the original doesn’t come within a mile of. It is an entirely different take on the song. Your listening is rewarded by some of the later tracks, "Bullet", and two different versions of "Best Bit" that alternately show Beth at her rocking-est, as well as developing her songcraft.

Orton succeeds here because she takes one of the basic tenets of folk, the overwhelming vulnerability and directness, certainly the most easily satired elements of folk (see A Mighty Wind), and separates herself from it and from us. She succeeds by using a new palette of sounds to create distance and makes listen as a result. Drop by the Trailer Park to view the world in all its glory.

Back in this galaxy - the fearless rock iguana