Waveriders, have we got a special treat for you. As many of you know, we at the Ripple are good friends with the UK's top music blogger, Winston of the famous Winstonszen. We've leaned on his ear more times than I can count to bring you the latest happenings in the world of britrock and the UK underground pop scene. After all, if it wasn't for the Zenster, we'd never have learned about Ripple Favorites The Torrents or Air Traffic. Go check out his site, www.winstonszen.com to find your own britrock slice of heaven.

But today we're thrilled to bring you the first in a series of special exclusive columns that Winston was kind enough to prepare just for your eyes and ears. That's right, starting now, Winston is going to update us with regular (probably bi-weekly) updates on what's happening in his world of jangly guitars, heavenly vocals and Jam-infused riotous beats. For us lovers of britrock, this is too good to be true.

So, let me step aside and turn the Ripple keyboard over to our man, Winston. 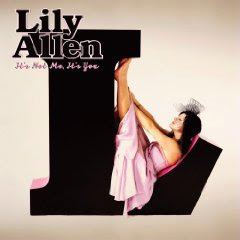 FLYING OFF THE SHELVES:

If the tracklisting on If It’s Not Me, It’ You is anything to go by, then the first of the outspoken feisty female popsters to turn the 00’s into their own is finding her uber-celebrity lifestyle a little frustrating. But don’t let titles like Fuck You, The Fear, Not Fair and Never Gonna Happen fool you. Lily Allen’s follow up to her 2006 smash hit debut Alright Still, shines every bit as bright and is every bit as packed with luscious pop grooves and biting put-downs as it’s predecessor.

Straight to number one on it’s release in the UK, It’s Not Me, It’s You proves the old adage that the original is always best. 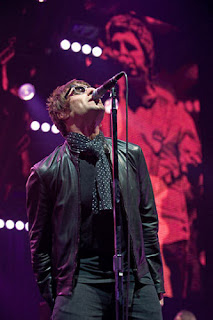 QUEUING ROUND THE BLOCK:

What’s the hottest ticket in the UK right now? Well, with Glastonbury sold out well in advance this year, punters are now snapping up the final tickets for one of the tours of the decade. Not content with taking their own monumental sound to some of the UKs most impressive venues (Slane Castle anyone?) Noel and Liam, the brothers Oasis are to be supported by two bands who owe much to the Gallagher sound and who both must harbour ambitions to eventually succeed their throne as Britain’s most popular band.

By the time of the shows (which include a three night stint at the vast Wembley Stadium) Kasabian will have released their third and apparently most adventurous album to date, and Coventry’s unlikeliest of rock heroes and Zen favourites The Enemy ought to have unleashed Music For The People, the long awaited follow up to their award winning debut We’ll Live and Dive In These Towns.

Biggest gig of the year? Definitely, maybe. How to get a ticket? Beg, steal, borrow, or if you’re quick try SeeTickets.com 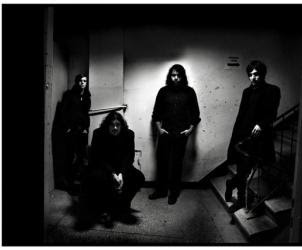 On January 14th, exactly twenty-four hours after releasing their second album Union, unsigned British rockers The Boxer Rebellion were sitting proudly at number ten on the UK iTunes download chart, but even more prestigiously registered four places higher in the US chart. A lofty achievement indeed, and one that many big names on big labels would have been proudly celebrating.

And it’s well deserved too. In Union The Boxer Rebellion have self-produced an album of epic proportions that somehow manages to surpass its ambitious predecessor musically, while retaining the uniquely charged live sound that has won them a feverishly devoted following throughout Europe. With a US tour in the offing, if you weren’t one of the thousands who downloaded the album, now would be a good time to get to know them. 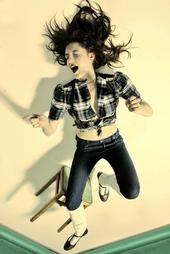 CRYING OUT FOR ATTENTION:

Florence and The Machine

As soon as Lilly Allen burst onto to the scene in 2005 and laddishly left the floodgates flapping open behind her, an army of tainted English roses strapped on their Ugg boots and pranced on through. With only a girl-next-door demeanour and an overly large blusher budget to work with, each of them set about gaining a slice of our consciousness by enticing us with titillating tales from their private lives. Crap boyfriends the world over were moaned about and promiscuous alpha males were brought down a peg or two through song. And all by sweet looking bad-girls with names like Lucy and Katy and Jenny.

And then came Florence, and stood head and shoulder above the rest. With the body of a supermodel, a voice that would make Amy Winehouse cry and a stripped back, blues tinged indie outlook, Florence Welch and her backing band The Machine have got the UK’s most knowledgeable tounges all in a flap. Don’t be put off by the early Brit Award (Flo won the critic’s choice award earlier this month) Florence and the Machine are lean and mean and carry more grit than a bucket full of mussels.

Check out their cover off Cold War Kids Hospital Beds for the proof.

If that doesn’t win you over, the video to recent single Dog Days Are Over really should.

Video - Florence and the Machine – Dog Days Are Over

That’s it from London for now folks. Winston’s Zen will be rippling again in a couple of weeks time, bringing you more of the best UK music you’re not listening to.

Till then, keep up the goodness people.