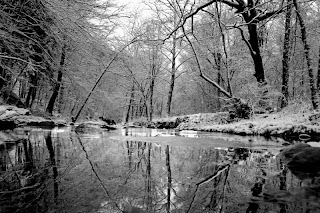 The sky is cast in a mellow gray hue, the sun is hidden behind a massive wall of floating and rolling moisture. Flurries of snow blow past the sealed windows and ice decorates every surface, those moving and those stationary. Depression and despair have become roommates to those trapped within their abodes by these God forsaken elements. Moments of panic sweep through the otherwise rational psyche as cabin fever begins to set in. Psychotic episodes are a breath away. Darkness not only falls over the northern hemisphere, but also across the minds of those who long to catch a fleeting glimpse of the sun. Claustrophobic. Paranoid. Vitamin D deficient.

Waveriders, welcome to the Sounds of Winter report where we’ll do our damnedest to inform you of some underrated, yet most worthy companions for your time of doom and gloom. No music captures the darkest and dreariest season like extreme metal, in particular, Black and Death Metal. This report wouldn’t be possible if it weren’t for the continued support of our friends at Fossil Dungeon. They’ve kept us in such a massive supply of doomy, gloomy, despair leads to violence filled grooviness that there’s no way we could touch on every artist. So, I cherry picked the bands that best conveyed the emotion of bleak desolation which ultimately leads to physical destruction. Think of the systematic mental breakdown of the character Jack Torrance from The Shining and that’s what you’re gonna’ get from this set of reviews. Grab a blanket and get comfy. Judging from the weather reports, you’re not going anywhere for awhile. 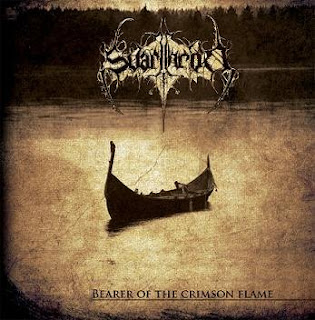 Svarrthron – Bearer of the Crimson Flame


Talk about your D.I.Y. ethos! This is a two man project from Lithuania that has created a misery laden opus that would fit securely next to any of the Black Metal greats. Shifting from chaotic blast beats and sonic disruption to serene and morbidly haunting instrumental passages, these guys have captured the depressive atmosphere of winter like none other. Ambient episodes have the listener sitting back and contemplating their place in the world. These passages capture moments of serenity as the listener watches the wind blow ripples across a lake surrounded by pine trees. The sound of that very same wind blowing through the branches of the trees, an eerie howl in a land of desolation, acts as a precursor to the chaos that is lurking in the dark places of the forest. And those chaotic, walls of dissonance, are performed with the precision and gusto of seasoned professionals! Tormented and tortured, scorched vocals screech from a place that no one wants to visit. Double bass drums vibrate the snow off of the rooftops, distorted guitars proficiently cut through all that stand in the way . . . phew! Intensely performed and well conceived work! 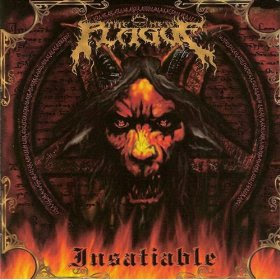 
If Svarrthron were the band to take you through the gates of hell, then The New Plague is the band that warmly greets you with a thousand and one ways to torment your soul. Featuring some outstanding guitar work, these guys break up the blast beat shenanigans with subtle, and not so subtle, elements of musical mastery. Listen out for the off time and bizarre transitions in “Diary of a Misanthrope” to hear what I’m talking about. And, it’s not just that there are time changes, but the sheer amount of them! Don’t try jogging to this tune coz’ it’ll fuck up your gait, and you just might run in front of an oncoming car. Insatiable isn’t as moody as one might expect for a Winter Report, but the fire and devastation lend itself well for this time of year. Check out the riffs at the mid-point of “Lust of the Succubus” and feel the demonic power taking you to the darkened lands. Brutal and unrelenting, uncompromising in their aggressiveness, yet surprisingly elegant in their execution and performance, The New Plague is a band to keep an ear out for. 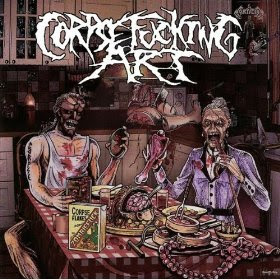 
Initially, I thought, “What the fuck?” But, as I sat back and listened to this gore encrusted celebration of the dead, I realized that there was something to this and it wasn’t terrible. Now, I don’t expect that Racer or anyone that he associates with on a personal or professional level will ever willingly listen to this, but I found some redeeming value to this. There’s a dark humor to a number of the songs, which I found relieving in light of some of the subject matter. For instance, the intro to “Beverly Hills Corpse” kicks off with the theme from Beverly Hills Cop, and the vocalist doing his guttural throat thing in time with the keyboards. Then there’s the follow track, “High School Musical,” where we hear a high school cheer squad calling out whatever the heck they call out before the band goes ape shit, blasting away with wall to wall riffage. Now, Zombiefuck isn’t all about the comedy. There’s a pretty decent amount of quality musicianship lurking beneath the grotesque lyrical imagery. The bassist does a nice job of layering odd time grooves within the chaos of the blast beats and squealing guitar lines. All in all though, this is a devastating platter of sound and should be listened to with caution. 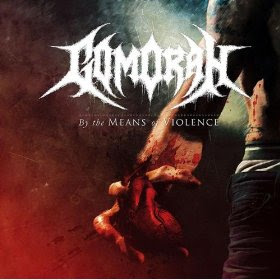 Gomorah – By the Means of Violence


They had me with the intro. A nice classy synth and piano number performed over the hail of gun fire and violence entitled “Cadence to the Onslaught” that explodes into an in-your-face hardcore fused Death Metal epic. Great musicianship, intense performances, multi-layered agro vocals . . . “Battle of the Gods” is a great introduction to band that demands that you listen to them. These guys have less in common with the typical Death Metal bands like Cannibal Corpse or Morbid Angel than with the more hardcore elements out there. I guess some would call them metal-core, and really . . . what’s in a genre? Just know that these guys are worthy opponents for any of your feats of strength, yet just classy enough to swoon the ladies. Just listen to the guitar work on “Dawn of a Dead Age” and you’ll hear what I’m talking about. The only way this album could be better is if it were longer. Seven songs and clocking in at just a hair over twenty minutes? Before I leave you on this one, you gotta’ hear the beat down on “Sacrilege.” Yes . . . your words were marked and the words were good. 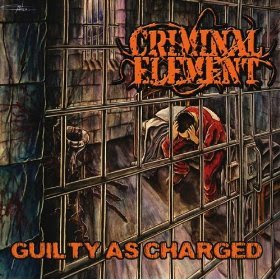 
From the first moment I heard this album, I knew that I was in for an intense ride where all I wanted to do is break shit. Featuring members of Suffocation, Dying Fetus, and Misery Index, Criminal Element have that experience of being able to bring the hurt, and in a big way. Uber fast, up tempo speed passages mix effortlessly with mid tempo thrash grooves, providing variety and dynamics to keep it all from being a twelve song homogenized ball of beat down. This is as aggressive an album as I’ve heard in a long time, but one that offers that ever so faint hint of class. The vocals are gruff and edgy, laden with Death Metal growls and hardcore barks, the guitars have that crisp and brutal tone without ever getting muddy, and the drums . . . a flurry of body blows. Dear God . . . I feel my kidney failing as I type. All of the tunes keep in theme with the band name, involving crimes of one sort or another. Though all songs will kick your ass from here to oblivion, key tracks are “Snitch Bitch Homicide,” “Murder One” (intense breakdown!), and “Habitual Offender.” We need to get these guys to open for Lamb of God or Devildriver and watch them convert a few hundred thousand metalheads! - Pope JTE