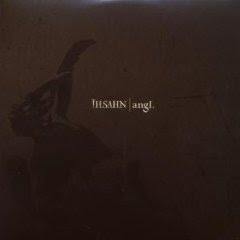 Many of you Waveriders know who Ihsahn is. Some of you may know that name, but can’t place the dude. Others, and that goes for the greater majority of you, have no idea who this cat is. For this last group, I’ll pause for you to say your Hail Mary’s, or make the sign of the cross, or do whatever it is that you do in the face of evil. Ihsahn was the lead creative entity and the driving force for the legendary Norwegian black metal band, Emperor, and has since set out on his own to follow the muse that has spawned two solo albums. Now, I’ve never actually sat back and listened to Emperor, but the history and the allegations aimed at the band made me hesitant to support such mindsets, and have kept me from listening to their music. I’ve since lowered my blast shields and have opened myself to the fact that there are a lot of cultures in this world with twice as many beliefs, and art is part of all of that. So, Ihsahn . . . your music is welcome within the massive wall shelving that is my CD collection. Just don’t let me catch you turning Chris Issak into a Satanist or anything. You just leave him alone. He’s a sad, sad man. Hasn’t he suffered enough?

Anyway, once again I digress.
AngL is the second album from Ishahn and it took me by relative surprise. I wasn’t so much surprised that it was heavy or dynamic or a mulit-facted epic that could help redefine what is considered black metal. I was surprised at how honest and, dare I say, vulnerable it makes Ihsahn appear. AngL doesn’t come across as an upside down crucifix on a blood splattered wall adorned with the weathered skull a goat. It comes across feeling more like a man who has come to terms with his place on the earth, in society, and in nature. Can one actually call black metal beautiful? We all know that beauty is in the eye of the beholder, so yes. Black metal can be beautiful and AngL is.
Despite the opening song coming out in a double bass drum melee and distorted guitar frenzy, “Misanthrope” features textures that give the feeling that there is something more to the song. Maybe it’s the technical musical approach or the fact that I can actually understand the lyrics, but the sounds that assailed my ears didn’t offend me. Like good hard edged music, it invigorated me, and like good music in general, it inspired me. It’s definitely got its dark aspects to it with the dark lyrical imagery, haunting keyboard passages, and ability to transport the listener to someplace other than the here and now. 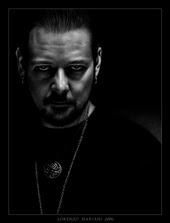 By the time I got through the second track, I realized that I was listening to a special album. “Scarab” kicks in with all the metal menace that we would expect from one of the legends of the black metal world, it’s just that Ihsahn adds so much class to the music. Yes . . . class. Wait until you get to the break between verses. The heavy riff rolls like a cloud of smoke into this beautiful, almost calypso-like, polyrhythm. The interweaving sounds of the drums, an acoustic guitar running through its arpeggios, and the distorted guitars squeezing every ounce of note from the strings creates this beautiful segue between the songs lyrical introspection. Twists and turns encompass much of the song, and the guitar solo is a shredder as it’s layered over some brilliant rhythm work. But wait until you get to the mid-point of the song where everything just drops away and we’re left with an acoustic piano and Ihsahn’s clean vocals. Before you know it, you’re being transported to a land of burning incense and desert romance. Incredible! Music doesn’t get much more epic than this.
The mid tempo melody of the intro to “Unhealer” gives us a chance to kind of catch our breath before the next epic metal moment. Now, when I first heard this tune, the clean vocals kicked in over the serene musical soundscape and I thought to myself, “Gee. That sounds an awful like Mikael Akerfeldt (Opeth).” As the song continues on, I was left with no doubt as there’s a seeming duet between the death metal growl of Mikael and the black metal screech of Ihsahn. I immediately got this feeling that I was listening to history of sorts. Vocalists and visionaries for their respective genres got together and melded their two sounds, creating a richly textured opus. The music, itself, shifts from hauntingly melodic to savagely aggressive. You know . . . dynamic extreme metal. Listen for the bass work on this one as it weaves in and out of the rhythm, and then holds down the groove in an off time passage through the second verse. Very few times before have I heard bass work as expressive as that. Excellent texture!
“Emancipation” is another brilliant piece of music with it’s off time rhythms and exceptional musicianship. When Ihsahn begins singing with his clean vocals, you can hear the pain and personal torment, and the harsh vocals are accompanied by some wonderful vocal harmonies through the chorus. I love it! What a welcome change to the bombast that is typically featured in this type of music. Again, the guitar and bass work shine like a thousand stars. “Alchemist” also features some odd time signatures and a bitchin’ groove over which are some fascinating guitar flourishes and vocal work. “Elevator” is a psyched out, topsy-turvy, almost experimental piece filled with an astounding mix of keyboard riffs and tempo changes. 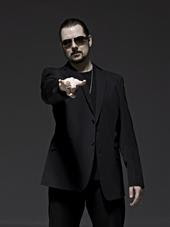 I tell you . . . I’m a bit surprised with AngL, and I wouldn’t trade that sensation for the world. All those predisposed ideas that I had about Ihsahn the man may hold true, but those same ideas that I had about his music have been laid to rest. AngL is chock full of brilliant musical moments. Creative, expressive, passionate, and piled high with integrity, Ihsahn has converted me as a listener to the point that I’ll be willing to give Emperor a try. I’ll definitely be going out and picking up his first solo release, The Adversary. Yeah . . . I’m that impressed by this. No, it’s not going to be for everyone, though I do believe that even Racer could handle this one, and in the right state of mind, he too would marvel at the wondrous musicianship and darkened themes. Ah ha! That is my goal for the New Year! To have Racer spinning Ihsahn by his own choosing! Ihsahn . . . brilliant work and I look forward to digging deeper into your work! - Pope JTE