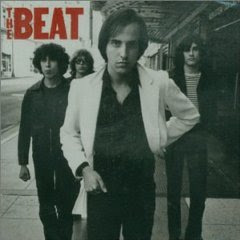 There is no justice in this world.
If there was, then I wouldn’t be writing this review, because everyone on the planet would already know about the absolutely wonderful, frenetic, powerpop of the The Beat. But last I checked, they're still a few people unaware, so that means I got work to do.
In his review of Katatonia, my brethren the Pope stated that they were one of the bands that convinced him that we had to create this friendly little beast we call The Ripple Effect. Our effort to share with the world some great music they might have missed. I also had a few bands on my mind, The Hatters and Bang Bang we’ve already covered. I’ll get to the Lotus Eaters and Renegade Saints (and many others) someday. But today we’re going to talk about this absolute masterpiece of late seventies powerpop and help it get the respect it’s due.

Paul Collins originally burst onto the music scene with his band The Nerves, crafting a few powerpop gems with his partner, Peter Case, and laying down a foundation for the entire new wave scene. The band broke up and Case went on to form his own jangly pop creation, The Plimsouls (also worthy of the Ripple treatment), while Collins restructured a band to fill his vision. The Beat was born. Now right away, we can see two things the band had working against it. While they were the first American band to use the name The Beat, over in England, another band named The Beat was causing a mini-sensation playing revved up two-tone ska. To make name confusion worse, changing the band’s name to The Paul Collins Beat for the second album didn’t help one wit, because some later-day Genesis singer named Phil Collins was already tearing up the charts. No, it seems that no matter what Collins did, his band was doomed to be overlooked. 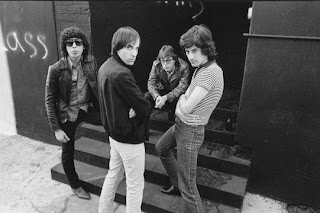 And that’s just a damn shame. I’m sure our good friend over at Powerpopaholic will have something to add about this band, but in my mind, The Beat perfectly filled that chasm between the bubblegum-ish powerpop of the Rubinoos and the more aggressive, pop-laden punk of the Ramones, all laced with the fierce, all-out rocking of the Romantics. All it takes is one listen to the opening charging bass line and scratching guitars of “Rock and Roll Girl,”(see video) to know this is freaking addictive powerpop, bristling at you with near frenetic energy, hooks bigger than those use to yank vaudeville comedians offstage, melodies sweeter than a beehive full of honey and choruses bigger than the Grand Canyon after a hole digging competition. This is a pogo-bouncing masterpiece of late seventies punchy pop, guaranteed to have you searching the back of the closet for your peg-legged pants, striped shirts and skinny ties. This is near perfect song craft and if it’d been put out by the Knack, it would’ve topped the charts for months on end.
And there’s another part of the problem. The Beat album came out in 1979, months before The Knack, at a time when the world wasn’t ready to tune into this thing called powerpop. Then, after the Knack broke that can open with "My Sharona," any one heard playing powerpop was felt to be copycatting. But the Beat weren’t. Seems throughout his entire career, Paul Collins was simply one step too far ahead.
“I Don’t Fit In,” stutters out next, a tension-filled, can’t miss tale of teenage angst and alienation. “Doesn’t matter what town I’m in/I’m always on the outside looking in,” Collins sings, unfortunately simultaneously summing up his own position in the music industry. Even today, his words still ring true to a whole new generation of misfit kids. Just listen for the midway vocal breakdown and screaming guitar fill. They just don’t write em like that anymore. Again, put this on a Knack album and we would’ve had a monster. 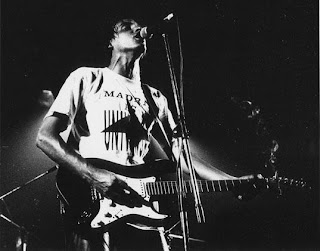 “Different Kind of Girl,” is just an exquisitely crafted song, no matter whose album it appeared on. Peter Case plowed similar fields with The Plimsouls, jangling guitars underneath Collins’s nasal-inflected vocals and big, big hooks. Squeeze could’ve done this song and made it the biggest hit of their career. It would’ve been on MTV and sold millions.
If you think you’re seeing a certain trend in this review, your right. Every single track on this disc is so perfectly constructed, so tight with so many hooks, that if they’d been recorded by any other band with some name recognition, I have no doubt you’d have dozens of copies of them on your various “Best of the Eighties,” compilation CD’s. That doesn’t mean The Beat couldn’t play them. Au contraire. The band approached their incredibly infectious tunes with a raving enthusiasm, air-tight guitars, big chords and a rhythm section with enough juice to drive the whole shebang deep into your cerebellum. But still, no one was listening.

“Don’t Wait Up,” (see video) is one of the best Split Enz tunes you’ve never heard with a fricking drop dead rocking chorus and a vocal hook that just won’t quit. “You Won’t be Happy,” would’ve been a massive hit for a band like 20/20, big punchy guitars in a big riff, building to a huge chorus. If this song had been used in some eighties soundtrack for a John Hughes film you’d still be singing it today. “Walking out on Love,”(see video) would’ve been a huge hit for the Romantics, a natural prelude to “What I Like About You,” with supercharged, chugging guitar riffs and howling vocals, all played over a relentless pogo beat. Dance to this baby, work up a sweat and listen for that revved up guitar lead breakdown. 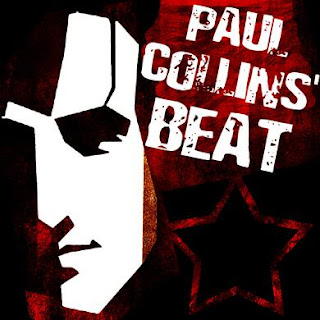 And the fun doesn’t end there. “Work-A-Day World,” rolls out on a riff laced with menace and a hook deeper than the best of the Greg Kihn Band. “U.S.A,” is a stuttering blast of surf-pop, ramrodded through the eyes of the Ramones, with big sweet melodies, and Ramones-esque backing vocals. “Let Me Into Your Life,” is just a sweet as syrup droplet of Rubinoos-styled, retro fifties powerpop, guaranteed to leave you snapping your fingers, swaying your head and grinning from ear to ear like a mouse in a cheese shop.
Even though this fine effort was nearly completely ignored by the record buying public, Paul Collins wasn’t deterred and cranked out some worthy successors before a series of solo albums, and is still out there plying his exceptional craft today. Some day, we may step back and cover each of those discs, but for right now, just take a moment to bask in this mini-masterpiece of truly great, punchy popmeister songwriting, which has all been re-released on CD in special 2 albums on 1 disc format. You can't loose!

When today’s music gets you down, and you’re longing for something with a little joy, a little fun, and enough of a beat to remind you of why you listen to music in the first place, just remember, The Beat waits for you. Peg legged pants are optional.
--Racer

Buy here: special 2 on 1 CD: The Beat/The Kids Are the Same

Catch Paul Collins out on Tour with Gentlemen Jesse


Walking Out on Love