Our postal delivery guy, Sal, knows to wear protective hand wear when delivering packages to The Ripple Effect. Often times, we receive packages that are smoldering, and the non-descript manila packaging is usually turning black in places from the excess heat that’s being generated from within. This day was no different, my friends. My metal heart damned near exploded when this package came screaming across my desk. While I was picking up the package with a set of tongs, Racer was frantically stamping out the stray embers that made their way to his side of the desk. Eventually, the heat from the envelopes contents evaporated the packaging and I was left holding three wonderfully corrupt CD’s from one of my new favorite labels, Pulverised Records. Thank you, gentlemen, for getting this into my tongs! 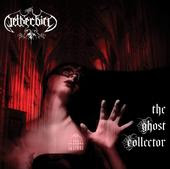 Netherbird – The Ghost Collector
Hailing from Sweden, the country that never ceases to amaze us with its musical output, Netherbird take us on a psychotic journey of extreme music. I particularly enjoyed The Ghost Collector for a number of reasons, but mainly because there’s so much going on. I guess one could call Netherbird a symphonic black metal act, but there’s more to the music than just black metal. They have all of the black metal characteristics in the screeching vocals, blast beat drums, and super hyper guitar work, but deep within the darkened recesses of the molten metal, the band incorporate a wide variety of instruments to convey an even wider array of mood. Tucked neatly in the crevices of the abyss, the band has layered these beautiful melodies by way of violins, keyboards, and acoustic guitars that strike an amazing contradiction to the bombast of the metal flying all around.
The track you’re going to want to key in on is “Carcass Symphony.” Brutal title, beautiful tune. The tune opens with all of the menace that one might expect from an extreme metal band. Demonic vocals and concussive drum work kick the tune off, but wait out the storm of the opening cacophony and listen to that guitar work acting as a guiding light through the eternal darkness. Things simply get amazing as we near the 3:00 mark. The texture and tone of the tune go in a completely different direction, operatic vocals enter the mix, and then check out the acoustic guitar passage about a minute later, which fades into this awesome Iron Maiden-esque guitar harmony. This is amazing work and the kind of stuff that keeps me coming back for repeated listens! 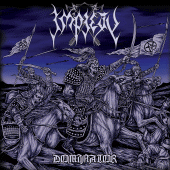 Impiety – Dominator
These cats are from Singapore (we don’t mention Singapore enough in the pages of The Ripple) and wear their influences firmly stitch on their leather and chain mailed sleeves. Impiety is the extreme of the extreme type metal in that there is little to no melody whatsoever, but what they lack in melody they more than make up for in pure unadulterated aggression. Their five song E.P Dominator is like being a part of a Viking raid on a little Saxon township. Not watching it, but actually being in one of the thatched roof huts after a meal of mutton and ale, watching the children sleeping by the fire and the dog licking his nether regions. Then suddenly, the roof is on fire, steel is impaling various parts of the body, women are screaming, children are screaming, dogs stop licking themselves. It’s utter freaking chaos! Impiety provide a short, to the point onslaught of blast beat mayhem on this unsuspecting village, and I’ll be damned if I don’t like it! Dominator just kicked my ass after it impaled me through the chest! Nice work, guys! 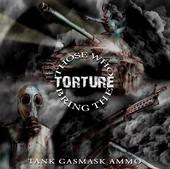 Those Who Bring The Torture – Tank Gasmask Ammo
This is another outfit that calls Sweden home, and though, completely different stylistically speaking from Netherbird, they are still just as intense. Those Who Bring The Torture are a full on death metal / grindcore assault on the sense, and Tank Gasmask Ammo makes an excellent companion for playing war based video games such as Command & Conquer. I mean c’mon . . . what else would you expect from a band that’s bringing you songs titled “Riders on the Mushroomcloud” and “When Humans and Axes Collide”? The guitar tones remind me of early Entombed while the vocal work at times gets me thinking of Arch Enemy, as well as Bloodbath. The guitars have a riffing menace to them and touch on moments of thrash, all the while the rhythm section pounds the body into mush. I find this album compelling in that there are enough radical time changes to keep things interesting and have me looking forward to those come back spins. Highlights to keep an ear out for are “All Hail the Goat (Lord of Great Mutation),” “Celebrating Gamma Bliss,” and “When Humans and Axes Collide.” The band has done an excellent job of breaking up the punishing death metal moments with superb, meaty fat thrashin’ groove riffs. Mix in the occasional searing guitar solo, and there you have it. I’ll be keeping an eye, and ear, out for these guys in the future! - Pope JTE

Metal Mark said…
Those who bring the torture was easily the best of the three here. Netherbird is good, took some time to get going and the production is a little fuzzy. Impiety for me was just kind of rather faceless death metal and the best bits were like recycled 80's thrash.
October 11, 2008 at 4:22 AM

The Ripple Effect said…
Mark - I found TWBTT by far the most intense of the three, and by that I mean, they managed to stir the pot and get the body groovin' a bit more. I really liked the Netherbird because they incorporated so many different sounds into the music. Having grown up listening to classical, I guess I could really appreciate the effort they put into this album. And as for Impiety, as I wrote . . . I feel like I got impaled by a sharp pointy thing. 20 minutes of chaos. Nothing more, nothing less. Thanks for reading!