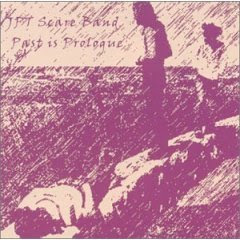 Take a solid, Cream-based blues outfit, mix in the wildest, most psychedelic moments of Hendrix feedback, throw in loads of distortion and a grocery bag full of LSD and the final result will be something like the proto-metal/psych jamming of the JPT Scare Band.

Near legendary among proto-metal historians, to understand this band and their music you've got to step back. Way back. In fact the title of their CD Past is Prologue gives us a pretty good indication where this bunch of psych-blues/metallers were coming from.

By the time the band formed in 1973, the main foundation of metal had already been formed. Black Sabbath was all the way up to Sabbath Bloody Sabbath, Deep Purple was a year past Machine Head, even Blue Oyster Cult had released Tyranny and Mutation. In fact, it's when you compare JPT's work to these monumental releases you can see who they really were, not so much proto-metal or metal for that matter, but dudes who longed for the days of blitzed out, psychedelic walls of guitar experimentation fused to a heavy back beat and more effects pedals than an octopus could ever wrap its tentacles around. JPT Scare was actually a retro band, longing for a psychedelic day now past. A retro-proto-metal act, if you will.

And nowhere is this more apparent than on Past is Prologue. A collection of songs from sessions in the mid-seventies combined with a few from the reformed band in the 1990's and even one killer track from 2001. This is a fiercely demented maelstrom of blues-drenched psychedelic heaviness, walls of metallic feedback scorched with blistering guitar pyrotechnics, and an earthquake inducing rhythm section all wrapped up into a loose collage of extended jams that these boys call songs. And when I say jams, I mean jams. Of the seven tracks on this disc (ignoring the reprise), only one clocks in at under 8 minutes. This is a searing slab of flying-in-all-directions bass and guitar rock. In other words, it's everything we love about metal without actually being metal.

"Burn in Hell," sets this beast off on its journey up the river Styx, a slow, smoldering blues-infected tune similar in pace and vocal to Ten Years After's "I'd Love to Change the World." Forget the sci-fi lyrical theme, this is a blistering track of distorted guitar jams disturbing in its heaviness. Clocking in at over 8 minutes long, 5 of those minutes are a freaked out flying guitar solo, soaring through space and acid flashbacks. Terry Swope is the unsung guitar hero of rock, ferociously tearing through his solos, his fingers charged with electricity, searing his notes through the driving bass of Paul Grigsby and the relentless pacing of Jeff Littrell. How this guy isn't as revered as Hendrix is a crime against all musical sense.

The next track, "I've Been Waiting," is the CD highlight, a deep beastly number, Swope's guitar leaps around and over Grigsby's menacing, swooping basslines. Despite the impeccably paced solo, this song about paranoia and insanity is really an opportunity for the rhythm section to flash its muscle, Grigsby's bass leaping to the front, throwing in fills, dropping for a solo, stealing the lightning from the guitar while Littrell brings on the thunder. "Sleeping Sickness," a 1976 holdover from the band's earliest vinyl release takes the wah wah roar of distortion to never before seen depths of heaviness. "Time to Cry," is thirteen minutes of free form, spaced out, blues heavy guitar jamming while "Jerry's Blues," reveals the band's true blues heart in a twelve minute opus of barroom jump, feedback and distortion. This is trad blues on electroshock therapy. Like most of JPT's songs, the basic structure was put in place, the bong was lit, amps plugged in and the improvisation began.

Over the years, the JPT Scare Band went from being an underground cult awareness to just painfully obscure. Somehow, this gem of massively heavy, bluesed-out, psych-metal never dug its way out of the depths to public consciousness. But that's why we're here, at the Ripple, with shovel in hand, clearing away the dirt to let the light shine down. The JPT Scare Band are here, my friends, the real question is; are you ready?


Buy here from Amazon: Past is Prologue