David Gilmour - On An Island 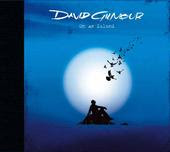 By no means does David Gilmour need one as lowly as myself to introduce him, but I have this sneaking hunch that if you’re under the age of eighteen, or your parents don’t own a copy of Dark Side of the Moon (like that’s even possible), then he may just have slipped under your radar. Those are the people I’d like to address with this review. Well, them and all of those who didn’t realize that this brilliant man was still musically active. On An Island came out a couple of years ago (2006), and for the most part, was overlooked by an industry more interested in pushing bass driven, soul sucking, booty shakin’ crack onto the unsuspecting club dwellers than promoting art created by truly gifted musicians. But hey . . . that’s why I’m here. I keep telling you that for a reason, people. I give this time to you free of charge. Now . . . pay attention!
For more years than I want to go back and count, David Gilmour was the textural guitar voice of Pink Floyd before becoming the actual voice of the band in the late ‘80’s. So, as one might expect, there’s a lot of that Pink Floyd sound incorporated within the tapestry that is On An Island. The album opens with an instrumental piece entitled “Castellorizon” and is littered with sounds made famous in Pink Floyd recordings, and sort of acts as an introduction of “look where I’ve been” before we are re-introduced to that classic David Gilmour guitar tone at the 2:12 mark. The title track follows next with a beautiful acoustic guitar softly strumming the rhythm, David’s strained whispering vocals wrap around the shivering form like a warm blanket, accompanied by the great vocal tandem of Graham Nash and David Crosby. Those old Floyd textures and nuances are there, maybe a bit older, maybe a bit wiser. More of the same from “The Blue” . . . so mellow and fitting for a glass of wine (alone or with a loved one . . . your choice.) The guitar solo is a piece of perfection, capturing the mood of the tune with the grace and feel that only David Gilmour can.
Up until this point, everything has been very mellow, and David does a good job of shaking things up with “Take a Breath.” This track has an older Floyd feel to it. A little heavier and jarring, but much more up beat and lively than everything before and after. Another great guitar solo comes in towards the end of the tune to tie things up neatly. David then shows off that he’s not afraid to try his hand at the saxophone, as he leads us through the instrumental “Red Skies At Night”, never to be mistaken with The Fixx tune of the same name. The groovin’ “This Heaven” reminds us of David’s blues roots with a great bit of interplay between acoustic and electric guitars. “Then I Close My Eyes” is one of those rare instrumental numbers that actually says more than if there were vocals and lyrics. The vast textures are amazing and set such a mood that I’ll save further description for you to experience yourselves. The epic “A Pocketful of Stones”, and the wistfully dreamy “Where We Start” bring the album to a close.
David Gilmour has created a complete album that touches on aspects of rock, blues, bluegrass, with a pinch of that psychedelic ‘60’s thing that we all came to love. And honestly, I don’t think that David can play a bad note! It’s as if he’s so in tuned with the feel of these songs that he is physically incapable of playing a note in the wrong place. This isn’t an album that you’re going to hear at a strip club . . . thank (insert deity here.) This isn’t an album that will pump you up for the gladiatorial games. Unfortunately, this also isn’t an album that you’ll hear in the supermarket or pumping through the speakers of your favorite record store. It’s a damn shame, really, because it’s such a brave effort and admirable piece of music. There’s not a bad track on it! It’s not an album that’ll have you jumping out of bed full of vim and vigor to face a grueling day of breaking rocks, but on the flip side, it is an album that fits well for an evening of unwinding before turning out the lights. For repairing of bruised egos and tattered emotions. It’s a contemplative work that goes well with wine and your lovers hand intertwined within your own.

A little while back I wrote about Mountain Mirrors, and I believe that I mentioned something about being lost in a fog enshrouded forest, and in the distance there was the light of the sun . . . maybe that of a mountain cabin. That light is On An Island . . . the best album that you’re not listening to. But don’t feel bad . . . I’m sure you’re not alone. - Pope JTE

Buy here: On an Island

Posted by The Ripple Effect at 9:42 PM