A Fistful Of Questions With Husky Burnette From The Slow Attack 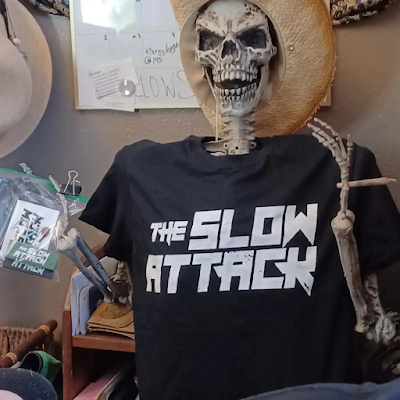 Singer.  Guitarist.  Wrestling enthusiast!?  This edition of Fistful of Questions goes out to The Slow Attack’s frontman Husky Burnette.

The Slow Attack is the main focus these days. Every now and then I play shows with my blues rock 3 piece,

Snare/Bass drum for a couple of years in school, then quickly switched to guitar at age 12.

Jamming on Elvis records in the living room with my grandma.

Tell me about the genesis of The Slow Attack. 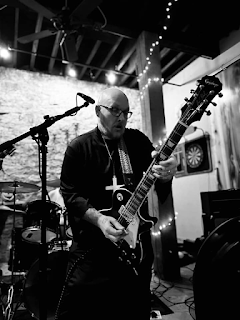 The Slow Attack started in 2018 when my wife & Slow Attack bassist, Caroline, and I moved to Northern California for a year. We needed a break from my solo band, was starting to feel stagnant I needed to get back to playing some Rock n Fucking Roll with loud heavy guitars again. We jammed with our buddy Slade Anderson (Pine Box Boys) on drums, wrote a few tunes and got our buddy Jack Gibson (Exodus) to record some demos for us. We toured out west from CA to CO for a while then moved back home to TN just in time for the pandemic. While the world was shut down, we recruited some excellent friends, Eric Cole (The Morons; Whoremonger) on drums and Charlie Shelton (Somnambulist) on 2nd guitar. We immediately started making this fun side project a reality and the main focus for all of us.

What inspired the name The Slow Attack?

Nothing much, it just kind of popped out one day and it stuck. And, it wasn’t already taken, that was a plus.

How long did it take you to write and record the new ep?

We actually wrote a few of them in CA out of riffs that were lingering in my pocket. All of our songs seem to come together pretty quickly when we’re in the same room. Find that “money riff”, bring it into rehearsal and go for it. We only spent a couple weeks on the EP. We’ve been dialed in, ready and waiting and our engineer Brent Bill is quick. Due to the pandemic/lockdown, we were on hold for a bit so it’s nice to finally get these tunes out in the wild.

One band…that’s a hard question. I’d probably try to weasel myself into 2nd guitar in Thin Lizzy and when that failed, I’d shoot for COC, Spirit Caravan and Brothers of Conquest.

Not really, but, I’m big into poetic singer/songwriters so there are definitely lyrics that make me feel that way. Roger Alan Wade, Gram Parsons, Guy Clark, Steve Young have all written lines that I wish I’d thought of. True poetry

What’s a pop song that you'd like to do a cover of?

Pop songs….hmm. Can I use a lifeline for this one? 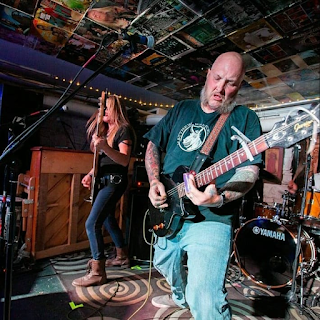 Daikaiju, our pals The Goddamn Gallows, and Chattanooga locals Psychic Dungeon. They always bring it.

Not really, it’s more about the town and the folks that come out these days. Reggie’s in Chicago and The Moon in Telluride, CO are definite honorable mentions though!

I used to listen to a few select high-energy songs on the way to the venue. Now I just want to smoke a joint and chill before we play.

Long drives and the regular bullshit you encounter on occasion

There are a few. Philly, Atlanta, Chicago and San Francisco are always good times

Once we were listening to Hangar 18 on CD while driving through Roswell, NM late at night. A lightning storm started, strange lights in the sky, and weird transmissions started coming through our radio speakers…while we’re listening to a CD, mind you. No antenna, no FM/AM, just a CD. Creepy shit if you were there.

Definitely saw some unidentified craft while camping in Sedona AZ too.

There was a fight at a show that sticks out. Shots fired and pool balls thrown between patrons in the middle of our set. That was a fucking crazy one.

Any other situations should probably be talked about off record… 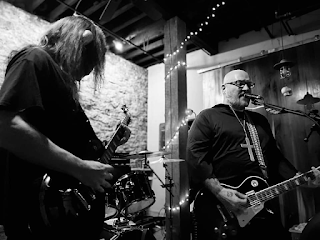 I’m in my hometown, Chattanooga TN, in 10th grade. Mostly death metal (Death, Entombed) and hip hop (A Tribe Called Quest, Wu-Tang). It was a great year for both. I was just getting into old blues/R&B/soul at that time as well (Jr Walker, Bill Withers, Muddy Waters). I was 16 and listening to everything I could get my hands on in ‘93.

If you have the benefit of going all in and jumping off the cliff to see what happens, DO IT! Don’t expect shit and you’ll never be disappointed. Being an artist and doing what you love is the best feeling in the world. Go create and don’t take any shit

Yea. When The Slow Attack started, we tried doing a couple of my solo band’s blues-rock songs “Slow Attack style”. I hated them. 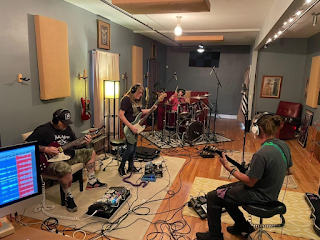 A week I think. We were living off grid & trimming weed in a pop up camper for the first couple of months in NorCal. No electricity, no shower. Fun stuff. I'd like to take this time to thank Cottonelle.

I’d say they don’t sleep standing up. I like to think they’re lying down, snoring in the key of C, on a fluffy patch of grass 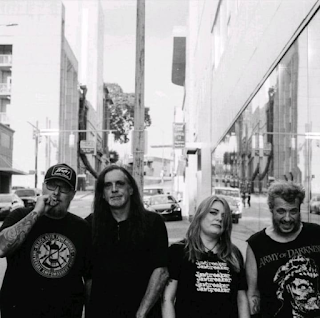 Taylor Swift??? Never heard of him….

Sturgill Simpson or Jason Isbell (if you had to choose)?

Suicidal Tendencies shirt I got from the Exodus Suicidal Slayer tour in 2014. It’s the one shirt that’ll never shrink or die

Asian or Mexican meals. All of them

On The Road by Jack Kerouac 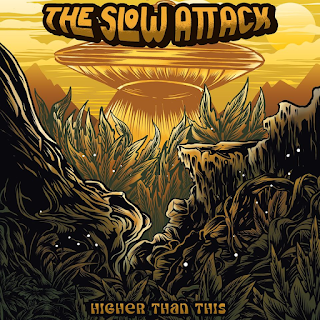 Big thanks to Husky for taking the time to answer my questions.  I appreciate it.  The Slow Attack will be releasing their new single “Higher Than This” on Dec. 9th, so be sure to give it a listen.  And be on the lookout for an ep and a full length in 2023.