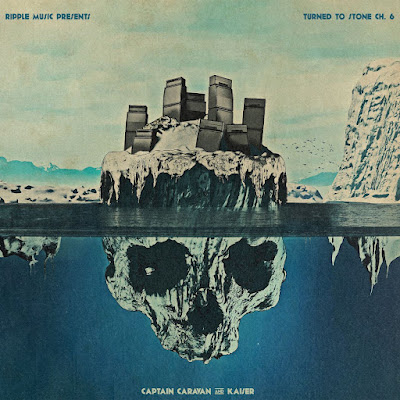 Are you ready for a 43-minute up-and-comer fuzzfest? Then stream the sixth chapter of Ripple Music's "Turned To Stone" split series featuring the mighty riffs of Scandinavian heavy rock units Captain Caravan and Kaiser exclusively on The Obelisk.

Listen to the "Turned To Stone Chapter 6" split album HERE

Pairing up the stoner rock fire of Norway's CAPTAIN CARAVAN and Finland's KAISER, 'Turned To Stone Chapter 6' puts the pedal to the metal with nine rubber-burning anthems that skyrocket all fuzz levels, and injects a healthy dose of fun in their unstoppable quest for the Stoner Rock Grail. When Captain Caravan subtly covet swaggery southern metal grooves, Kaiser steadily head over the fuzz highway with their turbocharged heaviness. Fans of Down, Slo Burn, Dozer and Corrosion of Conformity should love it!

Out Now on Ripple Music 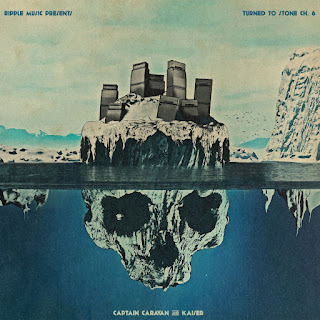 4 Captain Caravan - She Can

Hailing from Egersund, Norway, CAPTAIN CARAVAN was formed in 2015 when BK, Morten, Geir and Christian got together following individual projects and started to rediscover their collective craft based on their stoner rock, doom and classic rock influences. In 2018, the band parted with Christian and Johnny got aboard — the last piece needed to take CC on brand new sonic roads. Longer, heavier and more experimental songs became the main focus, all carried by Johnny's powerful vocals. CAPTAIN CARAVAN started recording what was supposed to be a six-track EP at guitarist BK's own studio “BK Studios”, with mixing and mastering by Kent Stump from Crystal Clear Sound. The release of the debut single "Crown" in the spring of 2018 garnered some high praise from both fans and reviewers alike and caught the attention of Danish label Cursed Tongue Records, who signed them shortly afterward. The band aimed for a full LP release with their 2018 debut album “Shun the Sun”. The band embarked on numerous tours, including a highlight performance at the Planet Desert Rock Weekend in Las Vegas, where they met their soon-to-be label mates Kaiser. In 2021, the band issued the new single “Ethel Floon” and got ready for the release of their upcoming split album with Kaiser on Ripple Music.

KAISER was founded in 2013 by Otu and Riku, after meeting on an online music forum. Their first jam session together made them realize that they were musical twins and had great synergy. They soon welcomed Pex on bass, one of Riku’s childhood friends. Their debut album "1st Sound" was recorded with Finnish producer Hiili Hiilesmaa (HIM, Kypck, Apocalyptica), and released on German Oak Island Records in 2018. Vegas Rock Revolution ranked it 3rd out of their Top 50 albums of 2018, and Finland's Inferno Magazine ranked it 9th among the Best Albums of 2018. KAISER subsequently toured across Europe and the US in 2019, alongside shows in their motherland Finland with Lonely Kamel and Nebula. Part of the band's new material will see a release through Ripple Music's "Turned To Stone" split series with Kaiser in the fall of 2022.