A Ripple Conversation With Pierrick, Guitarist And Vocalist Of OCRE! 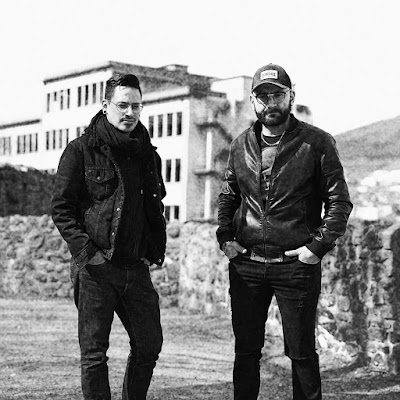 Cat Stevens and Simon and Garfunkel also toured a lot at home when I was a kid.

The first longest memory I have of music giving me goosebumps is Queen’s Under Pressure. I still remember it was the night, in our parents' car, and my big brother gave me an earpiece from his walkman.

Later, when I was about 15 years old, a friend made me discover Sonic Youth’s album Sister. I was already listening to a lot of different things, but I had never heard a wall of guitars like that. All that noise, that twisting melodies changed the way I play the guitar forever.

Recently: IDLES Live At The Basement gave me a big slap.

We have different ways of proceeding, each piece has a different path. Sometimes it comes from a text, sometimes from riffs, sometimes from just a word that guides us. However they all have one thing in common: my home studio. It gives us great flexibility, we can change, try new things very quickly, and realize the final result very early.

For nothing in the world I would go back to the days when I recorded with a four-track tape recorder, I love Cubase too much.

For now I'm 36, Mark Lanegan, Tindersticks and Elliott Smith for singing; Melvins, The kills, Foo Fighters, Failure, Elder or Torche and so many others for various things.

Sylvia Massy is a great influence on Recording and Mixing. Eric "Mixerman" Sarafin's books too.

I was made to discover Failure (by Martin of the band Untitled With Drums, who made the logo and graphic design of the cover) after finishing the mixing and mastering of the E.P. and since the work of Ken Andrews is a great source of inspiration for the next E.P. on which we are already working.

Cinema, literature, Art and our sons are the biggest engine. 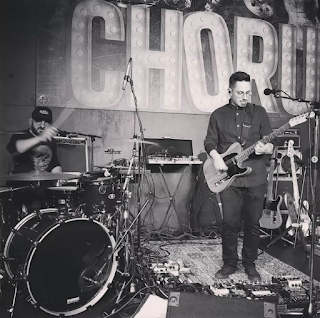 We live around Clermont-Ferrand, in the center of France.

There are factories that produce tires, and the city is surrounded by beautiful volcanoes. One step towards the past, the other towards the future.

The summer is very hot and the winter very cold in general. The weather plays a lot on my morale, which is reflected in the songs: passages that are sometimes melancholic or dark, sometimes energetic or edgy.

This notion of duality is found a lot in our music.

Our name comes from the caves of Lascaux and its Art of the upper Palaeolithic.

"Marked For Death" from Emma Ruth Rundle. Her pretty sad music is a great help when I have dark thoughts. I admire the strength with which she fights her demons.

Damien (drummer) and I started our first bands together when we were teenagers. At that time, our first concert lasted only 11 minutes because we got fired...

Twenty years later we are professional musicians and teach music, so this is perhaps the proof that we must persevere, sometimes.

Our set is sprinkled with samples, sound design between each piece. It keeps everyone in this atmosphere hugging, with in mind the same colors as the pouch of the E.P.

I have no idea. Maybe it’s just what the song gives us as feeling, as memories, as motivation, as emotion that counts.

I don’t remember the first song I wrote in my life, but "Forever Alone" is the first we composed with OCRE. It’s a piece about mourning. For me Art has always been a catharsis and I needed to start with this piece so that I could then talk about other things.

Surely "Hold My Hand". It’s about being a parent. We always think about our sons when we play it: it’s a great source of joy and pride. In addition: it was the most complicated piece to mix of the E.P. 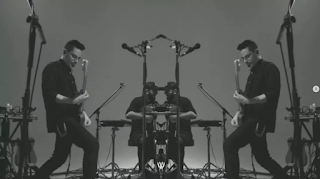 There are far too many, but these are the first ones that come to mind.

Agnes Obel, who writes sort of rhymes wrapped in a beautiful and very personal sound.

Emma Ruth Rundle, again, for the scope of her songs.

Our friends from Jack Dupon, who for 18 years have been making music that does not fit into a format and are constantly changing.

Failure, once again, which have managed to keep both a homogeneity and a great freedom over such a duration.

Torche, because nobody sounds and sings like Torche, except Torche.

Vinyls at home, streaming outside.

I need a new stereo because I have nothing left to listen to the CDs.

Probably because 10 years ago it would have been "Whiskey, please, the strongest possible and you can leave the bottle here."

We live around Clermont-Ferrand, in the centre of France. If your legs are used to the slopes of San Francisco you will easily manage to climb on the hill to search Spliff Ministore.

We have just signed with Atypeek Music, international label which will take care of the digital release for August 26 on the main streaming platforms.

We are currently searching and discussing with different labels to release E.P. in physical formats.

The concerts start rather well despite this strange period. It’s good: we like to play more than anything.

We are already working on the second E.P. because we never stop composing.

Take care of yourself and your loved ones.