A Fistful Of Questions With Kevin Kilfeather 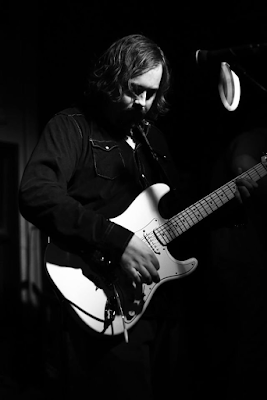 Multi-instrumentalist.  Spirit talker!?  This edition for Fistful of Questions goes out to Kevin Kilfeather.

Tell me about the genesis of Kilfeather.

After forming and fronting bands over the years in which I also wrote and composed the material, Kilfeather spawned out of my need to record the many other songs I had in the wings outside of my band's catalog. Up until about 2006, my main focus was getting my bands, of many names, to record our material. After many lineup and name changes over the years, I decided it would be best to start cataloging all of my other original songs and just to use my surname.

What inspired the name Kilfeather?

My great grandparents both came here from Ireland alone and when they got off of the boat at Ellis island, they met each other. Their names are still there on the immigration plaques. 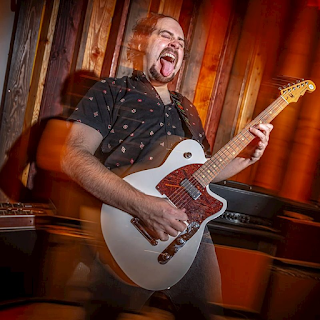 How long did it take you to write and record Armchair Revolutionaries?

7 days and 7 nights. No, realistically it took me a jam session or two on a smartphone to write and about 5 months to perform, record, and produce at both my former studio in Downtown Las Vegas, NV and my current studio in San Diego, CA.

Misfits. Only as a songwriter though. That was the first band I really got "into" as a kid. I figure due to their rising popularity with nostalgia shoppers around the world, we might as well get a new album out of it and if we did get one, I feel like I could help save the writing process from the hands of Glenn and Jerry.

To be honest, no. Songwriting to me is way too much of a personal experience. I often say that I don't even write songs. I kind of just hear them and try to physically recreate the siren going off in my brain on wax so to speak.

"Where Did Our Love Go?" By The Supremes

Severely neglect my health with improper nutrition and walk the precipice of dehydration. I've been better lately though. Coffee helps.

Seeing both old and new places while getting to enjoy the freedom of playing music. Sharing that energy has been an incomparable experience. 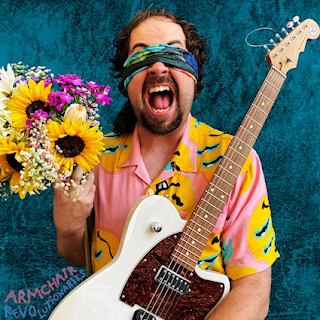 The Smell and Denny's.

Anywhere outside of the United States. Japan or the UK.

Standing on the side of the road headed towards Utah watching a big ball of light split into several and float around each other until they all shot off into the distance out of view. Not the first time and probably won't be the last.

Just keep pushing on and don't be afraid to be yourself.

Yes. "I Ran" by A Flock of Seagulls 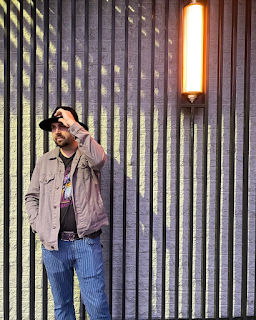 Only a few days. I enjoy a hot shower.

My strange connection with the spirit world, not by choice.

No. I don't really podcast much.

Yes and No. They are just horses with an abnormality and horses can rest to a significant extent while standing up. However, to achieve REM sleep, they must lie down.

A Momentary Lapse of Better Judgment.

The one she did with Kanye West.

Slipknot or Rammstein (if you had to choose)?

Star wars. Star Trek is where the human race should be moving toward but Star wars is where we are heading.

I don't own any

Breakfast. Bacon, eggs over medium, potatoes, and toast. Occasionally will substitute toast for pancakes or a waffle. 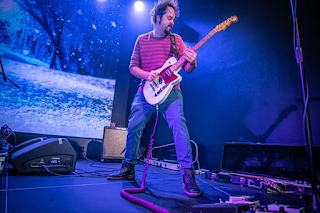 Book of the law by Aleister Crowley

Mucho thanks to Kevin for taking the time to answer my questions.  I appreciate it.  Armchair Revolutionaries is a seriously compelling listen.  Take advantage of the link below and cram some righteous tunes in your ear holes.