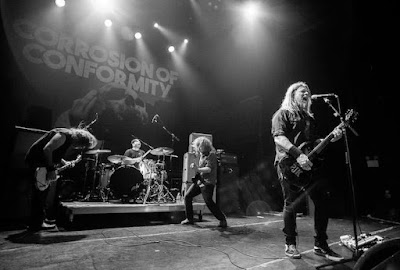 Celebrating their 40th anniversary, icons of heavy metal, CORROSION OF CONFORMITY, have announced a US headlining tour this Fall! The excursion kicks off on November 10th in Baton Rouge, Louisiana and runs through November 27th in Grand Rapids, Michigan. Support will be provided by Spirit Adrift and The Native Howl. See all confirmed dates below and purchase tickets HERE.

Since forming in 1982, CORROSION OF CONFORMITY has woven their distinct riffs deep into the fabric of heavy metal for over four decades. Across ten landmark, critically acclaimed albums, the band has continued evolving. From the early days of thrash to their more recent, blues-infused metal, the band has managed to progress with each release keeping fans and critics alike guessing.

CORROSION OF CONFORMITY’s most recent full-length, No Cross No Crown, was released in 2018 via Nuclear Blast Entertainment. Recorded with longtime producer John Custer, the record marks the first studio recording with vocalist/guitarist Pepper Keenan in over a decade and, earning the #67 spot on the Billboard Top 200 Chart, #12 on the Billboard Top Current Albums Chart, and #3 on the Top Hard Music Albums Chart upon its first week of release, is the highest charting album of the band’s career.

Purchase No Cross No Crown at THIS LOCATION.

“…burly, surly, and southern-fried – basically, everything fans could hope for.” – Revolver

“The record is filled with the kind of Sabbath-meets-Black Flag-meets-Lynyrd Skynyrd jams that were so infectious and wildly influential back when Bill Clinton seduced interns…COC doesn’t try to change direction but instead revisits the approach that made the Keenan-fronted version so successful: powerful hooks, instrumental asides that will remind you of Sabbath’s ‘Planet Caravan’ and a rich use of textures and dynamics.” – Decibel

“…from the thundering sludge-doom of ‘The Luddite,’ to the amped-up biker metal of ‘Cast The First Stone,’ to the heavy southern-boogie blues of ‘Wolf Named Crow,’ No Cross No Crown in many ways picks up right where the foursome left off a dozen years ago.” – Guitar World 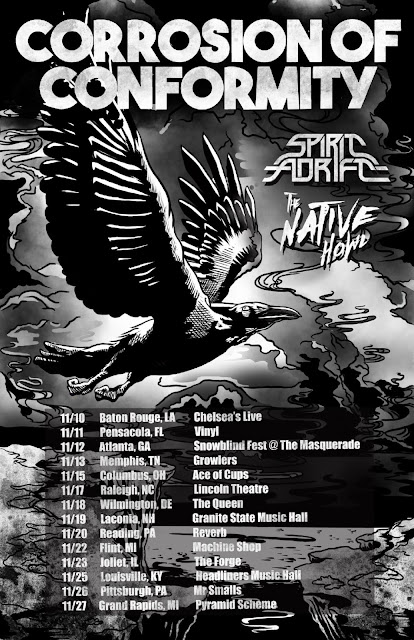