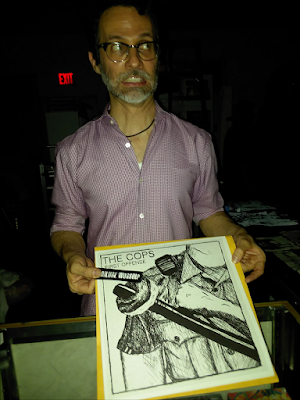 Guitarist.  Label executive.  Cycling enthusiast.  One man rock show!?  This edition of Fistful of Questions goes out to Paul Chavez from Stockhausen & The Amplified Riot.

My most significant memory was seeing KISS in concert in 1979. After that experience, I knew I wanted to be an entertainer and a musician.

The first real band I was in – one that performed and recorded – was called Bondage Harvest. It was an industrial noise collective that was similar to Throbbing Gristle and Einstürzende Neubauten.

Tell me about the genesis of Stockhausen & The Amplified Riot.

The band started as a garage rock trio in March 2020. The three of us jammed a few times on ideas and song development and were making plans for gigs and such. Then COVID got serious so we just cooled it with meeting up to jam. However, I was still writing music with my drum machine and putting together demos. Once things eased up with COVID – the other two had started OTHER projects so I decided to keep it going as a solo artist to see if I could actually pull it off.

What inspired the name Stockhausen & The Amplified Riot?

The band was originally called Amplified Riot, but once I started working on my own, I expanded the name because I thought it would be funny to have a long name for a one-person band.

How long did it take you to write and record Era of the Inauthentic?

Three of the songs featured on the new release are from the original band demos. I have been working on rearranging most (if not all) of those songs for my current configuration. 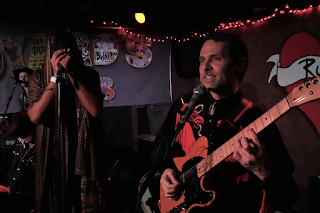 The Who from 1972 to 1978. It would have been fascinating to be a witness to the creative process and experience the dynamics of the band during that time.

Have you ever heard a song and immediately wished you had written it? If so… What was the song and artist?

Not a particular song – but I do wish I could have been involved in the experimental music scene in England during the 1990s. The amount of creativity and sharing of ideas and resources is inspiring and beautiful.

Do you have any non-rock musical inspirations?

Riding my bike. Sometimes, actually many times, while I’m riding – I’ll come up with a drum pattern and start pedaling to that rhythm. Then I’ll start playing around with melodies to that rhythm… and then I race home to record my new idea!

What’s a pop song that you’d like to do a cover of?

I used to cover “Down in the Hole” by the Rolling Stones and “Silver Machine” by Hawkwind. But those songs fell off the repertoire once I had enough original material to play.

Cocaine Titans (dark grind), The Ghost Republic (death rock), BC Binge (electropunk), Killer Hearts (sleaze rock), and Self Checkout Renaissance (post punk). Very different bands, but they are each absolutely committed to their aesthetic and craft both on and off stage.

I suppose it’s putting on my makeup – mainly because that’s when I have time to get it done. There is something relaxing about the process and spending the time quietly focused on makeup design and layering.

Exploring new coffee shops and picking up a bag or two of fresh beans from new places. I also like hiking and (when possible) riding my bike on new trails. Since I’m a solo act, I can comfortably pack my bike along with my music gear into one vehicle… although some tours don’t allow for that kind of off-time. 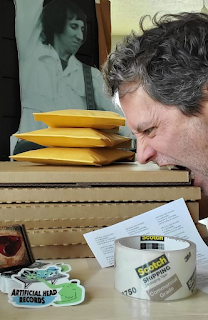 Being away from my sons.

So far, I like the Dallas/Fort Worth area (especially Denton) and the Chicago area. Looking forward to discovering more places to add to this list!

I once performed at a house that was ALSO a meth lab. Did not know it at the time and it was pretty fucking nuts on so many levels (fist-fights, guns, and overall people weirdness)

The year is 2006. Where are you and what are you listening to?

In 2006, I was living in Houston and finishing up my Masters degree studies. Probably listening to a lot of recordings by John Zorn and Arthur Rubinstein because their music (while quite different from each other) was great for helping me to focus on my studies.

Keep writing. Keep writing new music, lyrics, and ideas because one day you’re going to need that inspiration again! Also, please consult with an entertainment attorney if you’re truly serious about a career in music.

Sad Sad Sad Fest. I’d stack the lineup with comedians and make sure the bands were of diverse styles from each other.

A full shower type of bathing? Six days. I was on a long hike in Oregon and really didn’t need a shower during that time.

If I told you, then most people would know. 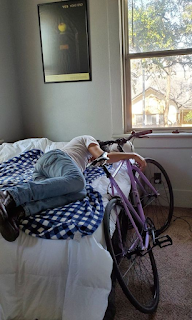 I’ll ask the next time I see one.

You’re driving cross-country and you can only listen to one album the whole time. What album will it be?

That kind of happened to me in the mid-90s. I was moving across country (Washington, DC to San Francisco) and my copy of Tago Mago by Can was stuck in the cassette player. Oh yeah!

You are writing a book about your life thus far. What is the title of that Book?

Interesting bathrooms I have known across the world.

Queens of the Stone Age or Eagles of Death Metal (if you had to choose)?

Choose for what, the guillotine?

I have a Grateful Dead shirt that’s super comfy and I wear often.

I don’t have a singular favorite as I read voraciously, but here’s what’s on my current pile of reading material:

The Fire Next Time by James Baldwin

The History of Rome by Livy

The Deportees by Roddy Doyle 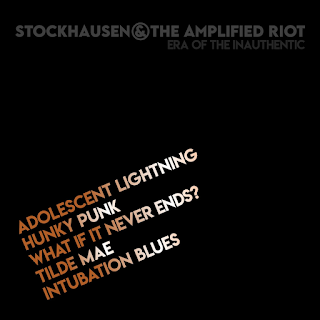 My favorite director is Akira Kurosawa – and I have pretty much all of his movies on DVD. Each one becomes a favorite after I watch it.

Albums that I will happily listen to all the way through over and over again include:

Quadrophenia by The Who

You Are What You Is by Frank Zappa

King of all Spaceheads by Terminal Cheesecake

Then Play On by Fleetwood Mac

Huge thanks to Paul for taking the time to answer my questions.  I appreciate it.  If you are reading this then you should pick up a copy of Era of the Inauthentic immediately if not sooner.  It is a rollicking good time.  You will want to get your ass up and move!