Doomed for Ukraine: how the doom scene is raising money for families near the frontline 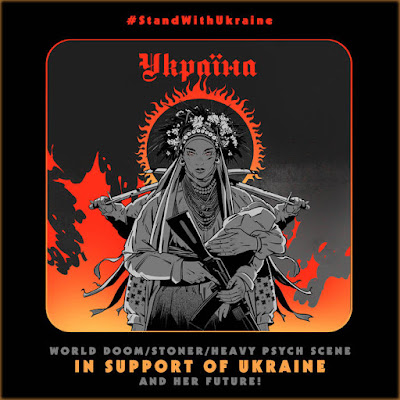 Over 150 international doom and stoner bands have donated their songs to a bandcamp compilation which is being sold in aid of young families with small children who were forced to flee their homes due to the war. The project is the brainchild of Ukrainian national Eugene Voron, founder of Path of Doom Radio.

Dnipro is not far, an hour or two by car, from Mariupol, Kharkov and Severodonetsk - areas where the conflict has taken its heaviest tolls. Approximately 300,000 refugees have taken shelter in Dnipro since the invasion, of which 80,000 are children.

Eugene says: “In my country, there is a strong and well-known doom metal scene. Bands like Stoned Jesus, 1914, and more recently Noyde and Mental Torment have made great contributions to the genre. 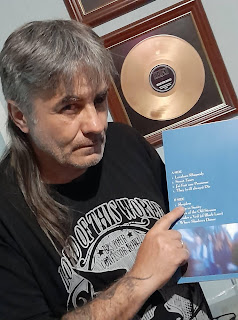 “I’ve always been a huge fan of music. My journey began with Black Sabbath and Dio. More recently, I began listening to online radio, but I wasn’t satisfied with the selection and felt I could do something to highlight the music and bands I loved.”

In 2017, Eugene founded Path of Doom Radio, which broadcast daily from evening till midnight.

The station and accompanying website shines a spotlight on eclectic, international doom and stoner metal. It also promotes the Ukrainian scene as well as female fronted doom bands - the latter with an annual vote, which attracted hundreds of contributor groups and thousands of voters.

However, in early 2022, Russia invaded Ukraine, and Path of Doom fell temporarily silent. Unable to broadcast to the world, Eugene instead called upon the scene to help young children suffering from war with humanitarian aid via bandcamp sales. Over 100 international bands heard the call - including Panheist, Iron Void, and Paralyzed, and more add their names each week.

“Bright, interesting representatives of the scene from all over the world have joined this compilation and I’m grateful to all of them,” says Eugene. “I urge any fans of Doom and stoner to come listen, pay what you can, and help my people and its families get through this terrible conflict.”