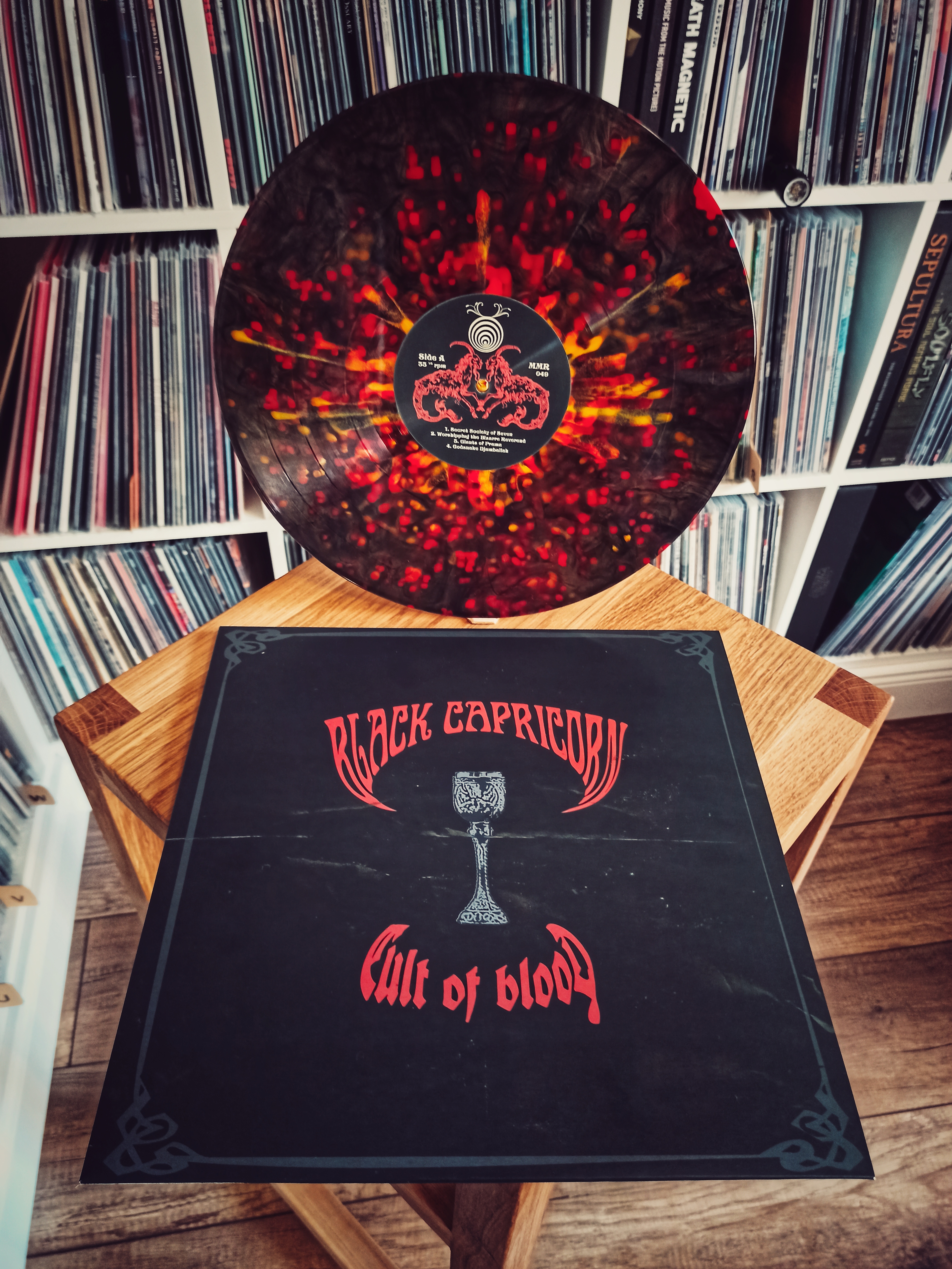 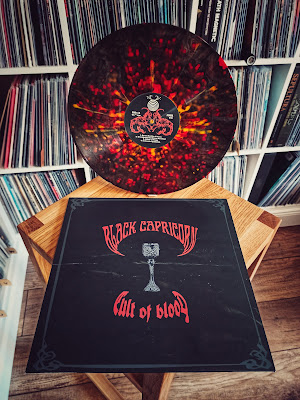 Italy, famous for its culinary delights, for good wine and la dolce vita, for fast women and beautiful cars...and for deep-tuned, skull-cracking doom!

After a short break in 2019, the trio from Sardinia is back with their new album "Cult of Blood".

The first two songs "Secret Society Of Seven" and "Worshiping the Bizarre Reverend" sets the direction for the next 43 minutes. Fuzz-laden old-school doom between early Electric Wizard and Reverend Bizarre. Dark, magical and raw - Low tuned with a slight psychedelic stoner touch and distorted vocals.

The trippy interlude "Godsnake Djaballah" overloaded with reverb and effects shows the band from their psychedelic instrumental side.  More of an intro for what's to come than a song in its own ... and what comes next is something really outstanding: "Snake of the Wizard". Maybe the catchiest song on the album with its recurring vocals, great riffs and a guitar-solo as hypnotic as a snake charmer. The song digs straight into your brain.

"Witch of Endor" shows once again that this band can write excellent epic songs - longer than 9 minutes. Psychedelic, low & slow halfway through the song - before the tempo picks up again, the guitar solo overshadows everything, the drums get heavier and the song stays exciting at every second.

The last song "Uddadhaddar" surprises with Middle-Eastern sounding percussion and mezmerizing vocals, it almost reminds of the band OM.  Something the band could use more often.

All in all a damn good album that doesn't reinvent the wheel but belongs in every good Heavy Psych Rock and Doom collection.