A Ripple Conversation With Marina And Theo From Feed The Wolf 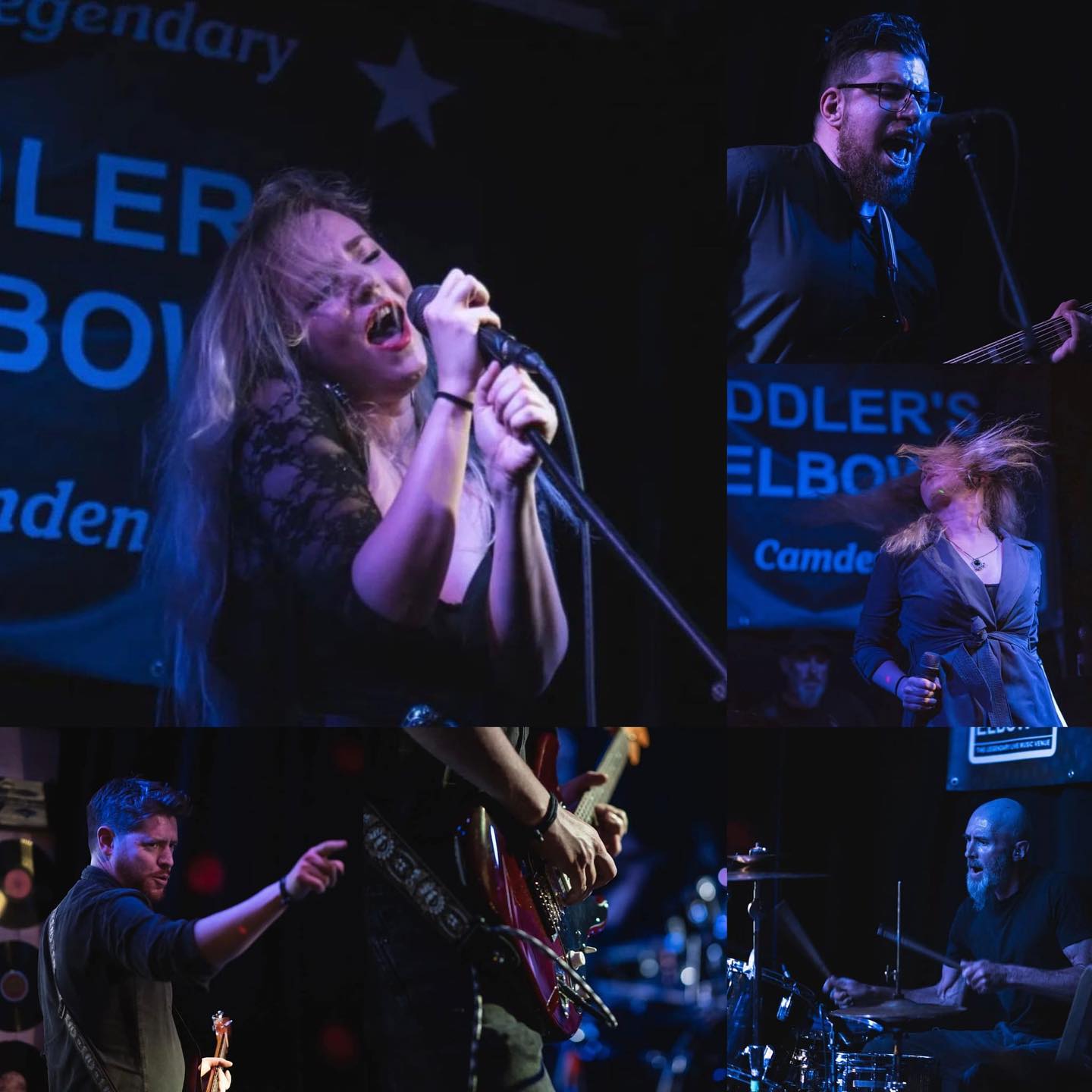 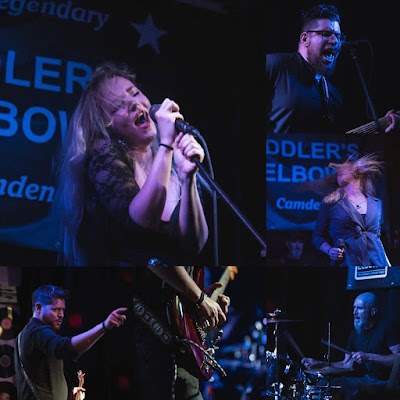 Marina : I’d say definitely our live shows. I’ve never felt music/songs in my music career so much. Performing our songs on stage always gives me shivers down my spine. So I just love every bit of our live shows. It leaves me feeling something magical each time.

Theo: Switching from a regular bass to a Bass VI (Bass Six) – it gives me extra higher notes so I’ve got more options to fill out the sound, which is pretty useful for adding intricacy to parts and thinking about my role in the band in a way I haven’t done before.

Theo: Usually a Feed The Wolf song will start with a guitar or bass riff - it might end up being a chorus, verse, middle eight etc or might even get dropped once the rest of the song comes together. Everyone is free to bring ideas to the table and to contribute though.

Theo: I think we’d all agree that there are a lot of influences in there. There's big blues rock elements but there's also a bunch of punk influences. We’re always developing our sound too, so where you might hear Cream or Heart now, you might hear Siouxie and the Banshees or Slant 6 later.

Marina: PJ Harvey, Jack White stuff, Siouxie and the Banshees, some pioneers of blues like Skip James, some psych rock stuff like Brian Jonestown Massacre and so many more. 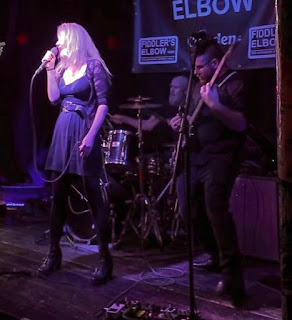 Marina: My unstoppable flying mind. I can write everywhere and anytime. I can easily detach myself from reality any moment and get connected to my subconscious mind and just dive into my own personal trance.

Theo: We often try to aim for a feel, like a smokey, dark room in Film Noir or the feeling of being really excited for something and then trying to write around that. Sometimes, a riff will just come to us.

Theo: We all live in and around London. It's busy, vibrant and fast paced, but we’ve all got different backgrounds too, Marina is Russian, Steve grew up in South Africa, Matt’s English and my parents are from Cyprus.

Theo: We’re all like wolves - scavengers, prowlers, always looking for something and protective of each other. The band gives us energy and motivation, it feeds us. It just kinda made sense.

Theo: 2112 by Rush. It's like 17 minutes long and there’s a lot to say, how it's structured like a rock opera with riffs and sonic motifs returning throughout the song to tie it all together (like a good rug). How it's lyrically so closely influenced by Ayn Rand’s book Anthem. Rand is a divisive author at the best of times and that’s quite a choice for Rush to have taken such a large influence from her.

Marina: PJ Harvey “To Bring You My Love”. It has always been my favourite song of all time. It starts with a muddy, dirty bass that leads the rest of the song like a snake, creating this atmospheric dark desert place. The lyrics tell a dark and beautiful story about deep obsessive love. I have lots of visions in my head every time I listen to it.

Theo: So, it's Steve’s birthday and we’re playing a show. He’ll get a cab home with his kit and I figure “hey he can take my stuff with him” and I leave him to it. A week later I get a call “Hey buddy I’m really sorry but I think I left your bass at the venue and its gone, I think its been stolen”. I freak out, my baby is GONE! I start putting the feelers out on socials, speak to the venue, they’re super apologetic but hey we’re the ones who left it there. I’m stressing out and then half an hour later I get a call - it's Steve. He has the bass. I’m overjoyed and asked where he found it! Did he have to fight a dude to get it back? Nah, it was his birthday at the show and he was so drunk he took it home and tucked it away and didn’t even remember he’d taken it home! Just shows, Steve’s always on point, whether he remembers it or not. 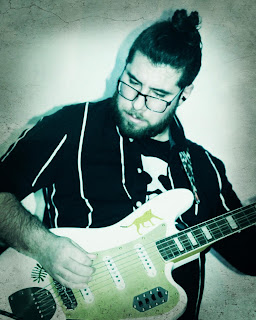 Theo: It’s a massive rush, it's like electricity. We like to keep people engaged and keep the energy up. We love playing and performing in front of people.

Marina: I guess, first of all, playing a live show is an engagement. Is an immersive experience where everyone gets connected on an energetic level.

Theo: I feel that great songs have great hooks, now I don’t necessarily mean that in an obvious way, some songs take some time and multiple listens before you realise how great they are but I believe a great song is more than the sum of its parts.

Marina: I like dynamic songs made from different stardust parts and awesome bridges. Songs that immediately create a picture, a dream or a strong vision in your head. Music is a powerful form of escapism. Whenever I feel bored and can’t physically escape, I just grab a pen and write lyrics. It relaxes me and gives me strong emotions and sometimes adrenaline.

Theo: A Place to Hide, we liked it so much we named our new EP after it. There’s a a lot going on dynamically, it's got a tight groove in the verse with a prechorus that ramps up hard to a stop-start chorus.

Theo: King Gizzard and The Lizard Wizard – they’re an amazing genre-bending band that can play anything from garage rock to mictro-tonal, eastern-twinged psychedelia to a concept album in the style of a 1960s spaghetti western sound track. They are ALWAYS putting out new music and even bootleg their shows for people to have. Honestly they’re incredible and are maybe the hardest working band around.

Vinyl, CD, or digital? What's your format of choice? Theo: Vinyl, I’m cool with digital but I like having a physical copy and I like the larger format of vinyl records.

Theo: Vinyl, I’m cool with digital but I like having a physical copy and I like the larger format of vinyl records.

Marina: 2 beers to begin with and then whiskey all night long!

Theo: Beer for a laugh, whiskey for a cry. 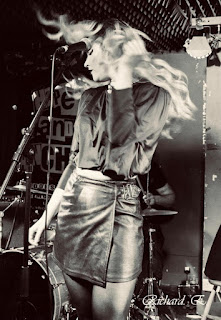 Marina: I’m from Riga (Latvia) - go to the old part of Riga, it’s a beautiful walk and find the record store called “Randoms”. I used to buy my records there.

Theo: Gigs, festivals, we just released our debut EP and are already putting tracks together for the next one!

Marina: A new single and a new music video!

Theo: Go check out our new EP, it's called “A Place to Hide”. While you’re at it, come find us on Facebook and Instagram and if you live in or around London, come see us. We’re always gigging and looking to play to new people. Our gigs are always listed on our social media pages.