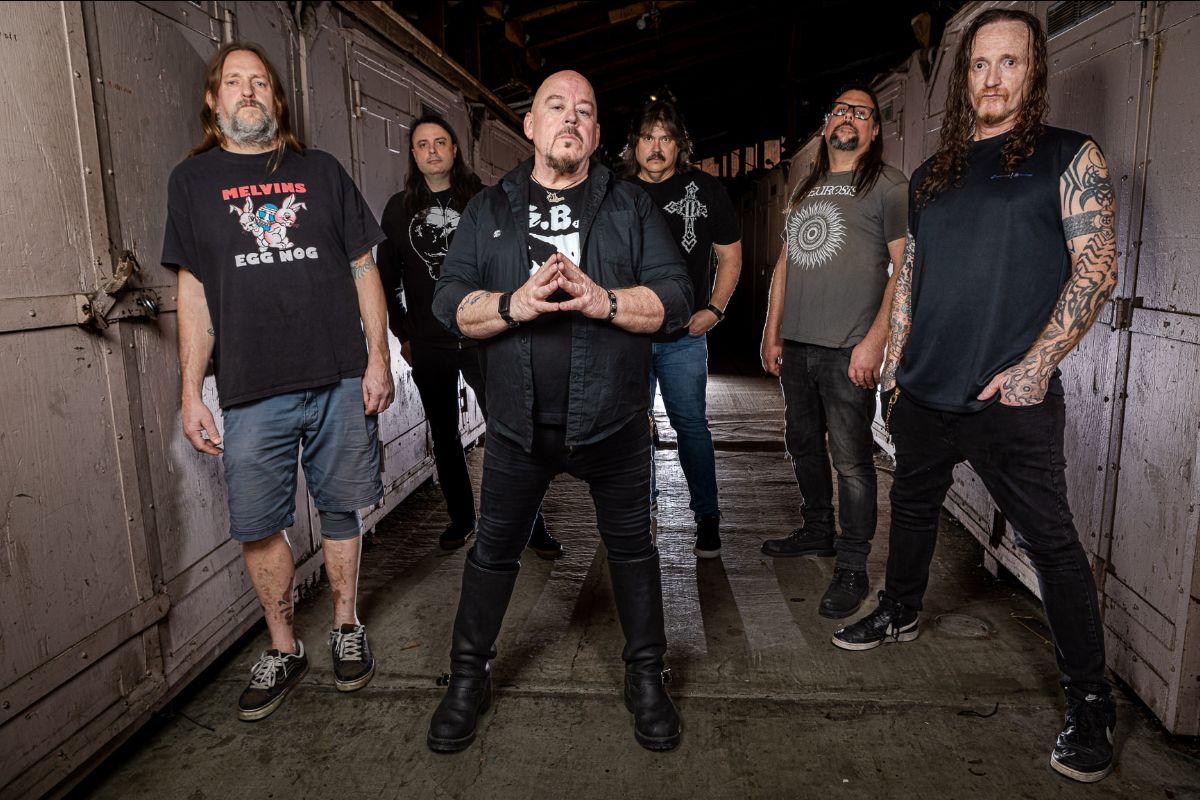 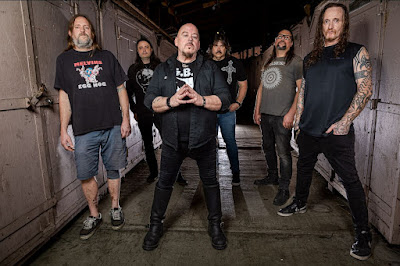 Oakland-based doom project HIGH TONE SON OF A BITCH (HTSOB) announce the release of their 'Live at The Hallowed Halls' album this fall on Ripple Music, and presents a bone-crushing first track with the "Monuments To Ruins" video featuring Matt Pike (Sleep, High On Fire) exclusively on Metal Injection!

About the "Live at the Hallowed Halls" album, guitarist Paul Kott comments: “In making Live at the Hallowed Halls we wanted to avoid just making another live stream performance. There’s something very different about being in a club sweating it out with your peers, and feeling the energy in the room as the band pours it all out and soaks in what the crowd is giving back in return. What we wanted to do is something you just can’t do on tour: hang out and play in collaboration with our friends, do versions of our songs in ways we wouldn’t be able to bring on the road. I jokingly referred to what we were going for as a psychedelic doom Hee Haw. For the visual part, we didn’t want just static cameras but an immersive multi-camera feel with a lot of handheld shots. The lighting and visuals were meant to be a low-budget acid trip inspired by the Panos Cosmatos movie Mandy. Given the circumstances, it’s kinda crazy we actually pulled this thing off! It was a lot of fun, and the unique direction of the collaborations makes this a really special performance.”

🔥 Watch "Monuments To Ruins" feat. Matt Pike at this location 🔥

About the song, Matt Pike says: “It was an honor to join my brothers in HTSOB on this Kalas tune. Of all the lyrics I have written, this song is the only one I’ve collaborated with anyone writing. Paul wrote a couple lines of the lyrics with me, and the music. It’s one of my favorite Kalas songs, it’s really intense. Doing this was a way to pay tribute to so many of the friends and family we have lost, especially thinking about Brad Reynolds and Paul’s viking warrior brother Drew.”

Matt Pike’s connection with HTSOB and its members winds through a history of over 30 years. In 1990, the crusty Neurosis-influenced Asbestos Death splintered into two bands: Sleep and Noothgrush. While Matt Pike refined the riff-as-mantra playing guitar in Sleep, HTSOB’s Russ Kent was refining the stripped-down riff-as-shotgun blast approach of Noothgrush. Billy Anderson has produced and engineered many of Matt’s most important albums, including Sleep, High on Fire, and Pike vs the Automaton albums. Paul Kott shared backyard stages with Pike when his old band Cruevo would share the bill at Oakland punk house parties with High on Fire in the early days, and he later played in Kalas with Matt. With all these decades of shared history, HTSOB has found a natural collaborator in Pike’s guest appearances. Pike has previously collaborated with HTSOB in a studio appearance on the song "Tribute", and he jumped at the chance to join the band again as part of the 'Live At The Hallowed Halls' performance. This epic, psychedelic reimagining of the Kalas classic has Pike stepping up for a ripping guitar lead and delivering a punishing vocal duet alongside Russ Kent.

'Live At The Hallowed Halls' features many prestigious guests (see below), and will be released on various vinyl formats, CD and digital on September 9th, with preorders available now from Ripple Music.

HIGH TONE SON OF A BITCH "Live at The Hallowed Halls" 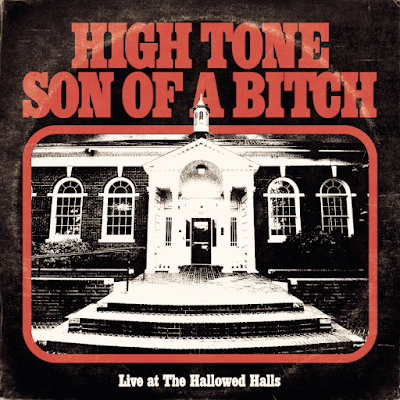 Many friends and collaborators have joined this core group to allow Paul’s brother's inspiration to live on, including Dave Edwardson (Neurosis), Sunny Reinhardt (Saviours, Necrot), Matt Pike (Sleep, High on Fire), Bryce Shelton (Nik Turner's Hawkwind, Acid King), Rob Wrong (The Skull, Witch Mountain), John Brookhouse (Worshipper), and more. The psychedelic hard rock and post-doom vision of HTSOB has kept moving forward while remaining uncompromisingly true to the musical roots the brothers established years ago. Critically heralded as a band that "sits atop the pinnacle of not just psychedelic music, but of musicianship across every spectrum” (Metal Observer), High Tone Son of a Bitch transcends not only genre archetype but death itself, to weave an essential portrait of the dualistic nature of our lives.

About 'Live At The Hallowed Halls':

HTSOB released a double album retrospective of 4 EPs in 2020, with the release date landing on March 20th, just days after stay-at-home orders were issued across the country and shutdowns began. The label and distributor were in NYC, and on the day the album was “released” the distributor and record stores across the country were shuttered. The band’s extensive tours to support the release all were canceled or postponed. As the year wore on, it became clear that touring wasn’t going to be an option any time soon. Members of HTSOB started talking about doing something different that would blend live performance with psychedelic multi-camera production values and provide an opportunity to showcase the guest collaborations that have become a benchmark of the band’s approach. In November of 2020, HTSOB headed up to Portland, Oregon to film 2 live sets at the legendary recording studio The Hallowed Halls for broadcast as a special exclusive on Gimme Metal TV and as part of the Mutants of the Monster 2 online festival.

As the band was driving up, the Governor of Oregon announced that lockdown measures would go into effect the following week, giving the HTSOB very little time to complete the work before the studio would have to shutter. In addition, the original film crew, feeling uncomfortable about working on an indoor shoot even with masks and on-site rapid testing, quit. In a mad scramble, a replacement film crew led by Barry Ward of Rich Kids on LSD and MDC was hired during the drive. The live performances feature the core HTSOB members Paul Kott (Kalas), Billy Anderson (Melvins, Men of Porn), Russ Kent (Noothgrush, Alaric), and Eric Rancourt (Eastern Spell) along with standout guest appearances, including Bryce Shelton of Nik Turner’s Hawkwind and Acid King once again joining the band on keys, and Jake Navarra of Oakland blues doomers Phantom Hound filling in on the lead guitar throughout. Matt Pike of Sleep, High on Fire and Kalas joins on lead guitar and vocals doing a blistering cover of the Kalas song “Monuments to Ruins”, Rob Wrong of Witch Mountain and The Skull shreds a raging feedback-drenched duel lead with Jake Navarra on “Silhouette”, and Andrea Vidal lays down a stunning and emotionally charged vocal performance in a duet with Russ Kent on “John the Baptist”. 'Live at the Hallowed Halls' is a thrilling live in-the-studio, instant classic created under crazy circumstances and featuring standout performances from some of the brightest lights in heavy music today. Ripple Music has stepped up to make this very special, can’t-miss performance available in an all formats album release.

HTSOB lineup on 'Live At The Hallowed Halls':