Marillion from a Swedebeast's point of view - 'Marbles' 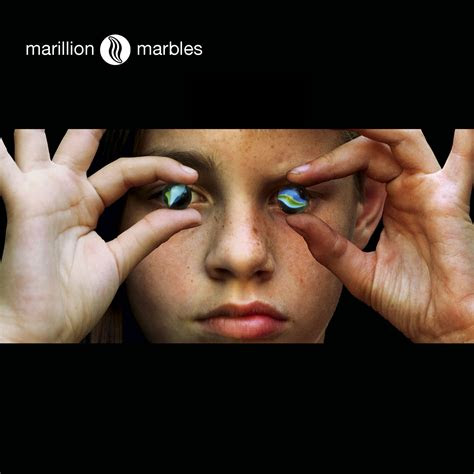 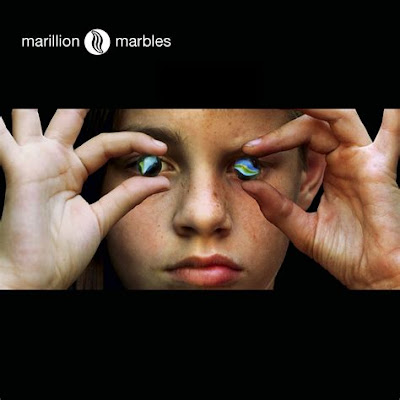 When our lads from Aylesbury began work on album number thirteen, 'Marbles' they were truly adapting to life as an independent band. Once the pre-orders for the previous album, 'Anoraknophobia', were completed Marillion did strike a distributing/ licensing deal with Sanctuary/ EMI, something they would do continually through the years to come. Not necessarily with Sanctuary/ EMI but with other companies in order alleviate the process of making their records available in a wider scope. The Racket Club improved both commercially and sonically. Album sales were decent and the studio was getting better, which obviously helped the band at the present as well as in the future. And again, the fans were involved but this time they didn't fund the recording, Marillion took care of that themselves. Instead, the fans funded the promotion side of 'Marbles'. Perhaps an unusual step but it definitely reinforced the relationship between the band and their ever faithful.

'Marbles' garnered good reviews overall and sales were good. But because the CD contained two stickers, which is against chart rules in the UK, it never charted. This despite selling enough copies to reach Top 30. On the other hand, the first single, 'You're Gone', broke into the Top 10 peaking at #7, making it Marillion's first single to do so since 'Incommunicado' in 1987. The second single, 'Don't Hurt Yourself' reached #16, so the guys were definitely on the right track, whichever way you look at it. ‘Marbles’ is where my interest in Hogarth-era Marillion was properly ignited and I bought the album purely based on several reviews and absolutely loved it. And this removed the blocks I had regarding the “new” lineup and subsequently brought me so much joy backtracking the albums I so ignorantly had rejected. 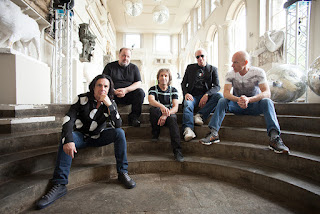 The album opens up with ‘The Invisible Man’, by far the longest track on the album at 13.27. Starting off in a laidback mode with focus on electronica soon Trewavas fantastic bass enters the fray adding layers to the composition. Still mellow the music hones in on Mosley’s heartbeat kickdrum. Gradually intensifying Rothery’s guitar solo soars before taking turns with Kelly pulling off great solos throughout. The song moves back and forth only to explode in the end and this serves the lyrics perfectly. H is struggling not being able to help all the fans who writes him about their personal problems and secrets. Next up is part 1 of the title track, there are 4 in all, and while the music brings to mind a smoky little jazz club in Camden, London, being poppy and jazzy, H is pondering his life whether it is real or if he has actually lost his marbles – pun intended! Dealing with the loss of a loved one but at the same time celebrating the time you had together, ‘You’re Gone’ is an amazing song. Drums and bass set the tone as the backbeat with Rothers and Kelly working their magic on top of it. All the while Hogarth really shines and although I love it back then, it means so much more to me now. The past 18 months prior to writing this review I lost both my parents so ‘You’re Gone’ hits home on a whole different level these days. ‘Angelina’ is a somber mixture of jazz and blues at first before moving into a very nice Floydian style. Messieurs Kelly, Trewavas and Mosley builds a wonderful canvas for Hogarth and Rothery to paint vivid images of Angelina and what it is she really offers. ‘Marbles II’ and it brings up the innocence of youth as the protagonists are playing with and trading marbles and how it’s the most important thing in the world at the time. The music moves along perfectly being reflective and mellow with dreamy qualities. ‘Don’t Hurt Yourself’ sings about how very little matters so much that it’s worth getting hurt over. A tight rhythm section is lead by an acoustic guitar with Rothery’s slide guitar floating above it all. Ends in a dreamy fashion.

‘Fantastic Place’ is an escape song how to find a good place in life away from all the crap that goes on in the world. It’s like Marillion can look into the future because this album was released in May 2004 and now, 18 years later, this topic is poignant beyond words. The music is keyboard-driven, laidback, reflective and futuristic at the same time. Wonderful solo by Rothery! It’s back to those playground marbles with Hogarth smashing them into the sky with a tennis racket…to dire consequences, perhaps! An eerie beginning lead by a repetitive piano line. Soft, jazzy backdrop yet almost Floydian again. Mosley, Trewavas and Kelly takes the centre stage in ‘Drilling Holes’with some pulsating playing. Rothers is mainly shredding creating sounds of…power tools? Halfway through the music all pastoral only to switch back to the power tools. What H is singing about is up for debate although the lyrics are apparently based on construction work going on at the studio while ‘Marbles’ was recorded. Like the three previous parts in the Marbles saga, part 4 is jazzy, laidback while being dreamy and reflective. And H is lamenting over his own sanity. ‘Neverland’ is about having someone’s love for a long time as inspiration to do better during hard times. At the same time it deals with grief and guilt as you try to become someone the other person wants you to be. Again there are Floydian vibes with a slower pace that builds perfectly on the emotions on offer. Brilliant solos from Rothery. The UK/European version which I have ends with ‘You’re Gone (Single Mix) which is over two minutes shorter than the original version…since commercial radio is so conceited if a song is too long.

One can only speculate why it took until ‘Marbles’ for me to rediscover Marillion. Perhaps it was meant to be that way or perhaps I was too ignorant to know any better? Or perhaps a little bit of both is more likely. Regardless, ‘Marbles’ is a brilliant album despite all the jazz references I’ve made because jazz does not appeal to me much at all. But in combination with the storyline and the rest of the music everything falls into place and make sense. Earlier in the text Steve Hogarth, H, has been mentioned very little but his appearance is absolutely wonderful. The lyrics written by him and the singing are breathtaking. So as I write this it become very clear that ‘Marbles’ was meant for me, not only musically but on a bigger level. It was time to rejoin the fold and this brilliant album was the catalyst. Thank you Marillion!