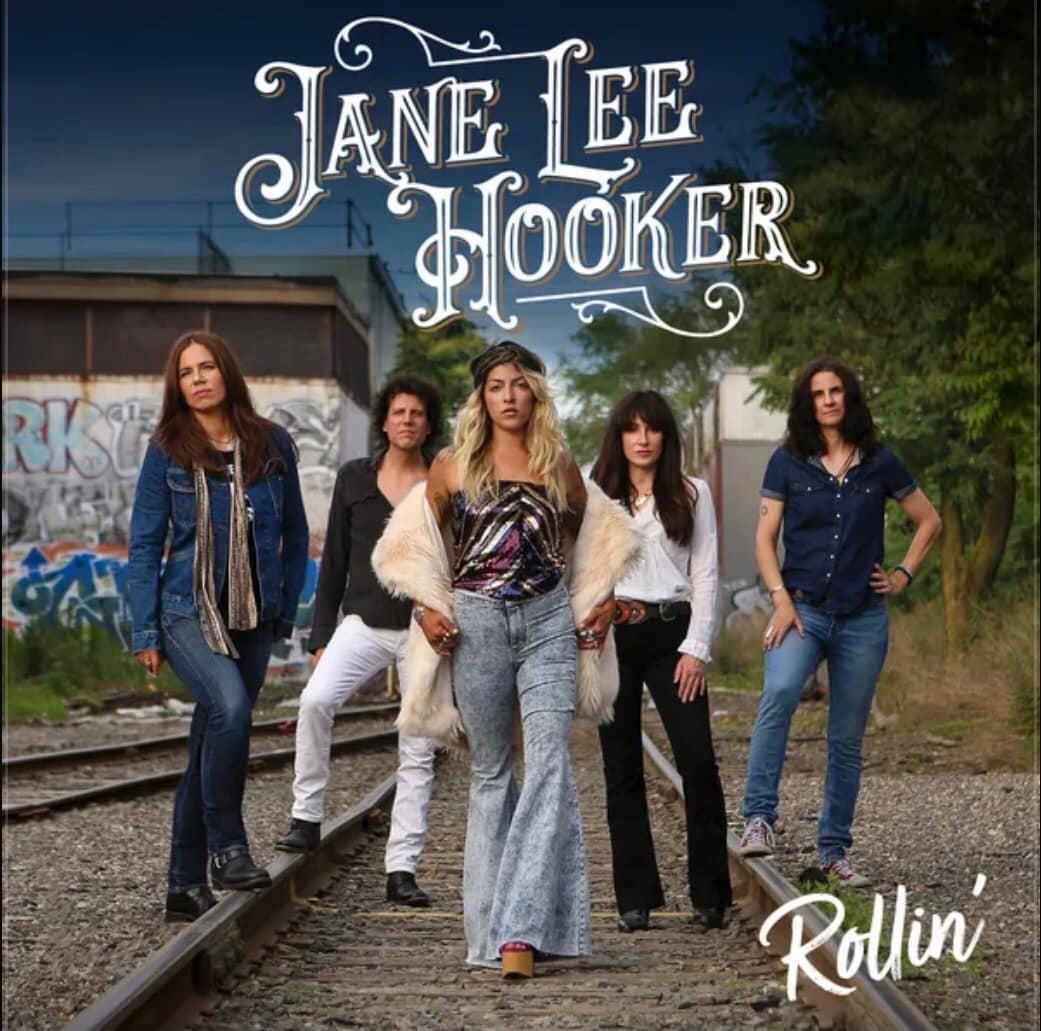 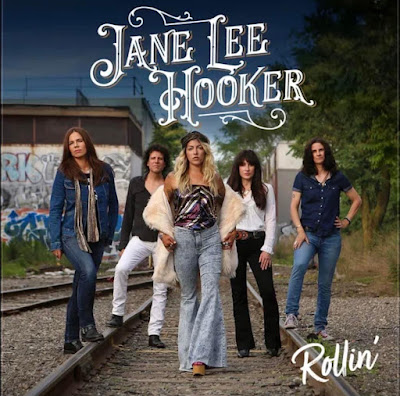 First off, I have to once again, thank my good buddy Andre Wilson for the fact that I even know about this band. He’s the guy who turned me onto the quintet’s debut album, “No B!.” That opening salvo was a full list of traditional blues classics, revved up to feel the heat of a dual lead guitar lineup, a churning rhythm section and a singer with the guts & personality to rival Janice in her heyday. I saw the band play live around this time at a glorious summer evening outdoor show in rural PA. They were smokin’ hot and not only that, super cool & friendly when my wife, daughter and I met them after the performance. It did give me pause when Andre said to me some time later, “You know Ray, as good as it is, I wish they’d release some original material.”

As if to answer this challenge, JLH (named for blues legend JOHN LEE HOOKER) wasted no time in firing back with early 2017’s “Spiritus,”. a record that revealed this group as a formidable force, far more than the sum of their previous parts (Nashville Pussy, Bad Wizard, Helldorado, Lez Zeppelin, The Wives & New Hope). Teaming with originals that not only rivaled but even surpassed the debut, “Spiritus” was one of my favorite albums of that year.

Well, now we’re 5 years further along and what comes our way but the new (and 3rd) JANE LEE HOOKER album, “Rollin’”.  This time issued by the band themselves (“Spiritus” had the blues label Ruf Records imprint), “Rollin’” sees them up the ante in every way. Opening with “Lucky,” the band goes right for the down & dirty blues jugular. They lay down a slow seething groove with Dana Athens just testifying over the top real, real hard. Tracy Hightop & Tina Gorin scrape paint-peeling guitar solos off the wall & Hail Mary & Lightnin’ Ron stoke the fires. And if it went on like that, this would be a top-notch blues rock album. Thing is, it’s so much more.

“Drive,” opening with a hook-laden piano is catchy in a mid-period HEART kinda way, twirling in ear worms that may not ever let you go. Then there’s “Jericho.” The vibe is “Leh-nerd Skin-nerd” but the song is Pronounced JANE LEE HOOKER & when Tracy & Tina trade solos mid-track, they pick up the Collins/Rossington gauntlet & run with it full speed.

“Weary Bones” has a feel that reminds me of guitar legend Jorma Kaukonen & a HOT TUNA casserole, laced with some down-home spices. “All Good Things” couples ALLMAN’s 6-string interplay with mind melting hooks and in “Mercy, Mercy, Mercy,” JLH take it down to a  plaintive yet powerful place. The latter may be Dana’s most beautiful vocal to date and the rest of the band stirs the groove to make it move. Amazing cover of a song jazz legend Joe Zawinul wrote for even bigger legend Cannonball Adderley way back in 1966 (& one of 2 covers on this record).

Coming down the home stretch, JANE LEE HOOKER take it to the back porch with the seething acoustic-driven “White Gold.” Had LED ZEPPELIN III been recorded out back of a house in Mississippi, it coulda gone down this way. The gigantic exclamation point on “Rollin’” comes in the savage 1-2 punch of its last 2 tracks. “Runaway Train” grabs a throttling shuffle & wraps it around dueling guitars. The break at the midpoint where things slow down is completely lethal. Tracy & Tina lash out with a riff that would’ve made Page or Iommi proud and Dana belts it out like no damn tomorrow.

As if that weren’t enough, the CD-only bonus cut “Mean Town Blues” (the other of this album’s pair of cover versions) finally comes blasting out of the speakers. To be honest, this Johnny Winter-penned S.O.B. is the true runaway train here. Listen to Mary & Ron laying down that badass groove. Jeeeebus!!! Dana roars and, as with all my favorite rekkids, the guitars steal the show. This is a 6 (well, ok, 12 string) blowout duel by Tracy Hightop & Tina Gorin that beats you about the head & shoulders. Then they pick you up and do it again.

Want the simple low-down? JANE LEE HOOKER is a band who named themselves as a play on one of the most renowned bluesmen of all time. That took some serious stones. With this new album, they kick you right in yours.