A Fistful Of Questions With Cru Jones From Pyreship 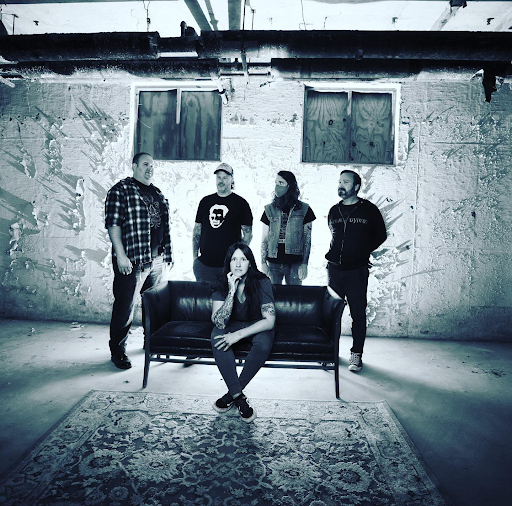 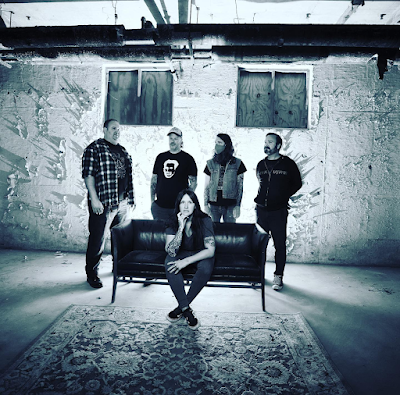 That is my alias. I also Used Frank Concept for a bit.

Currently I swim in a sea of unactionable ideas, and Pyreship.

My folks bought me drums when I was about 6. They had no idea what they were getting themselves into.  They soon urged me to take up the saxophone…

Though I always like the idea of playing music, and my parents played, I’ll never forget when I was about 12ish, and I heard Cinnamon Girl (Neil Young) and I realized you didn’t have to be perfect to have a career in music and be successful. Though that song may be considered polished by his standards.

I honestly can’t recall what we were called, but we covered a variety of stuff from Soundgarden to Megadeth…and everything in between.  I was maybe 14 or 15.  I played guitar in this endeavor.

Tell me about the genesis of Pyreship.

SO….let us see if I can do this without being too lengthy.  George, Sam, and Steve were in a band (Defending the Kingdom) that was slowing down and were looking for something to fill that gap.  I had met Sam on a Craigslist deal where I was buying some gear off of him, and noticed he had an Isis hoodie on.  Naturally I freaked out on him as they were one of my fav bands.  About 2 weeks after the Craigslist deal, he texts me and asked if I wanted to Jam.  I agreed.  I show up to find Steve, who I have known for years and years as we were from the same area and music scene. The rest is history.  One of the most honest and drama free bands I have ever been in.  It just works.

What inspired the name Pyreship?

George came up with the name.  I had mentioned I would like to have a “made up” word, and he already had Pyreship in mind (Viking Funeral).  We all agreed it was right.

How long did it take you to write and record Light Is A Barrier?

To be honest, most of the songs were written alongside our first album but hadn't been fully developed.  As for recording, we did the music in 2 days, and did the vocals on a separate single day IIRC.

This is an incredibly hard question for me….but in my current state of mind, and if we are talking current, I would have to go with Baptists.  They play how I feel most of the time…. American Sharks being a close second.

I know this will sound generic, but only every song I have ever liked… 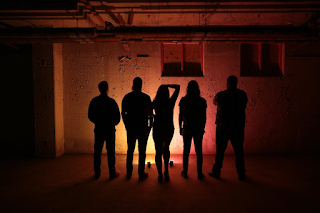 OOOK, confession time.  I love metal/punk and have since I first heard Black Flag in about 89 and early Metallica in the same late 80’s time period. But, most of what I listen to is not metal.  I have an extremely eclectic taste in music, (as I think most of my bandmates do).  Right now I listen to a lot of indie such as Day Wave and Goth Babe and many others along those lines, and I love love love the last Bon Iver album that came out..but have loved him since the beginning. And I love pop.

Have You Forgotten- Red House Painters

Aside from the EndHipEndIt festivals. The single most impressed I was at a show we were fortunate enough to play on, was Goatwhore and Midnight.  Holy crap what a show.  Weedeater is a close one too..but everyone knows how good they are live.

Locally, my personal favorites are The Secret Group and White Oak Music Hall.  A stand out on the road was this little place in New Haven, CT when we played with Sperm Donor (one of the best bands you haven’t heard of) I wish I could remember the name of it….

Me personally.. I don’t.

Being away from my family, for sure!

When I am out there, every city is special in its own way.. Very few shows suck as most people take pride in putting together something for their community.

This one took a minute…But while on tour with one of my experimental projects we got hit by a drunk driver after a New Years show in New Orleans. That was weird but what happened next was surreal.  We pulled over to deal with it, and the band we were with pulled over to wait, and they also got hit by a drunk driver which shoved the tongue of the trailer through the gas tank on the van and the whole thing exploded in flames.  Everyone survived, barely, but they lost everything else.

Working at a Houston staple, Parker Music, listening to Oceanic by Isis, most likely.

Play music with no expectations. The only reason to play music is to express yourself with your friends. 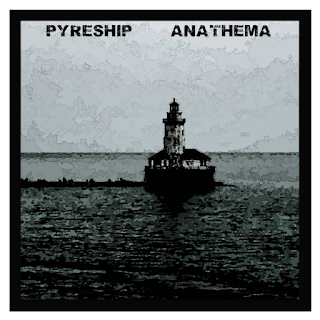 Purtubator blows my mind…and the live show is insane!

Yes.  Being in a band is like being in a relationship, it takes work and compromise to keep it healthy.

It would be called TRVST and COL, American Sharks, Purtubator.

SO, I admittedly hate showering, so as long as I can without peeling my own skin off from being itchy….gross I know.  But with Texas in the summer, it may be more frequent unfortunately.

Well, this may turn a lot of people off, but I believe in God. When you have gone through what I have (crippling Heroin addiction) and led a life in and out of being locked up, and dying multiple times…you kind of have a Spiritual Awakening or you don’t live to tell about it.  At least in my experience. Also, being a father was very impactful in this decision.  I do want to state, this is my own personal belief, and does not reflect on the band members or content of the band.

How would it not be?

Unicorns don’t sleep, I have one….and she is a effing psycho..

Handbook on how to die, but not.

What is your favorite song by Motorhead?

Weedeater or Bongzilla (if you had to choose)?

I can’t believe you are going to make me do this!  Bongzilla was one of the first bands I saw with an unreasonably huge amount of gear back in the 90s at some punk community house (and I had seen Neurosis by this time)! But Weedeater is so damn good!

An old Jawbox shirt I have from the 90’s that I hope someday will fit again.

Chicken and Dumplings my wife makes from scratch are unfuckwithable.

Mucho, mucho thanks to Cru for taking the time to answer my queries.  I appreciate your time.  Pyrship’s second full-length release Light Is A Barrier will be available for your listening pleasure on April 22nd.  Make your ears available.  You know I never steer you wrong!