On The Ripple Desk: A Vinyl Excursion - Featuring Ross, Paralyzed, and Christian Death 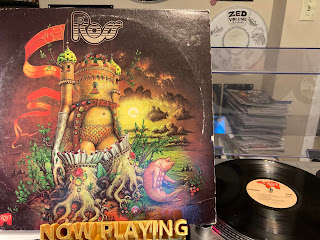 Lots of folks know and talk about Starcastle as one of the great “lost” prog bands of the 70’s but you don’t hear as much about these cats from the same era.  Ross is the self-named band from the mastermind Alan Ross.  There an interesting genesis story here. (Courtesy of Rockastetia : rockastetia.blogspot and Only Good song)

“Guitarist Alan Ross played on 2 of John Entwistle's solo albums in the early 70's, "Whistle Rhymes" and "Rigor Mortis Sets In". He was also part of Entwistle's touring band during that period and was part of the lineup of musicians for John Entwistle to tour his new solo album "Rigor Mortis Sets In". Because The Who were about to go in the studio within a few weeks to start recording "Quadrophenia", the touring plans had to be postponed. As a result of the change in plans, the latest version of the Rigor Mortis band was changed to be called Ross, with Alan Ross as the group leader.

Ross was signed by Robert Stigwood's RSO Records and recorded their debut album in The Who's new studio in Battersea, London. This is where The Who recorded "Quadrophenia". Ross toured twice in the U.S. to promote their first album, the second one being in the summer of 1974 as the opening act for Eric Clapton (also managed by Stigwood). In 1974, Ross recorded a follow-up album, this time in Hollywood with The Doors' producer Bruce Botnick. The songs were based on Edgar Allan Poe's poetry about "The Pit & The Pendulum.”

Perhaps being on RSO records hurt the band as they weren’t the best at promoting rock acts.  Either way, what we have here is amazingly layef( as you’d expect with Entwhistle’s involvement” proggy, jazzy rock.  Songs like Alrught By Me and  Wherever You Go percolate with 70’s rock energy.  Not heavy, but very groovy prog sounds.  Verdict -- Keeper 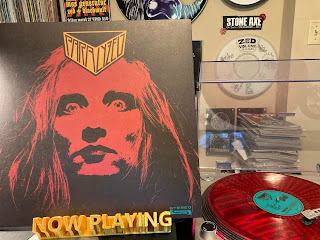 I’ll never forget when Marc-Eric Gagnon told me he wanted to start a record label, and asked for some advice, as I’ve heard from many over the years.  Difference is: he put his money where his mouth is and created StoneFly Records.  Then he turns around and releases this monster of an album by Paralyzed.   Love it!   Great job Marc-Eric
Paralyzed, from Germany, specialize in retro-70's proto doom and they nail the vibe and the riffs without ever being derivative.  One of the better retro albums I've heard in ages.  Distinctive vocals really help to set it apart.  Get your copy while you still can.  Verdict - Keeper 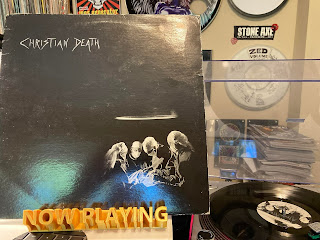 Christian Death - Atrocities
Going old school goth. Rightly considered the founding fathers of American Goth, just pulled off an incredible set at the Cruel World Fest Even in bright daylight and 95 degree temps, they brought the darkness. This album from 1986 is 100% mood.
Heavy in atmosphere and some sonically beautiful parts, Atrocities is not for every one.  While you can definitely find the vibe of early Southern Death Cult and Sisters of Mercy here, Christian Death were a bit heavier on noise and lighter on melody.  Still a stunning example of pure goth rock.  Verdict -- Keeper
-- Racer
album review atrocities christian death john entwhistle paralyzed ripple Music ross RSO records stonefly records the who vinyl