A Fistful Of Questions With John Scarlata 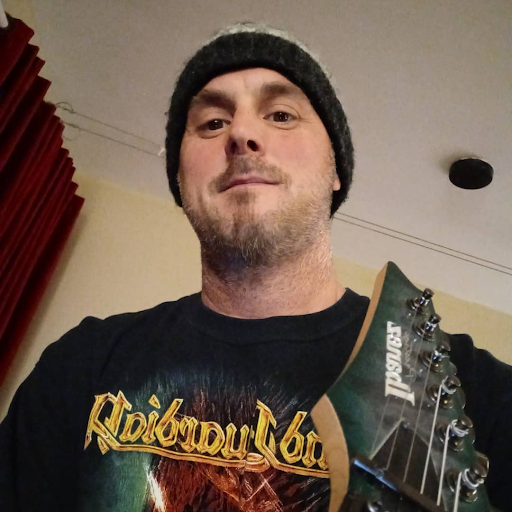 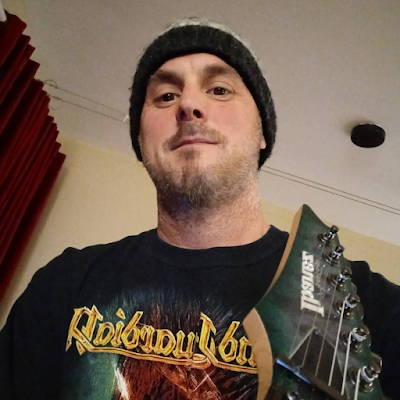 Currently involved with independent solo artist work. For the sake of time efficiency, at this time I feel it is the most efficient way for me to produce and release music. I also enjoy the creative freedom that being a solo artist allows…

It all started with the trombone in the 3rd grade..My parents said no to percussion.

I have to award my first musical memories to Dee Snider and Twisted Sister.  Those MTV videos definitely planted some seeds.

Technically we never came up with an official name.  I started a band with a few buddies and we just jammed until a few songs took shape.  One of the songs is titled Mighty Savior….in which has been considered as a band name.  Perhaps those few songs will resurface into the current times, something on the back burner anyway…

Tell me about the genesis of Scarlata.

It literally spawned from frustrations with various band participations.  Whether it was a band dissolution, creative differences, or classic “waste of time ego” battles, or learning other’s songs and not being able to express my own creativity, I said to myself..”nevermind I will go and create something myself.”   Now in 2022 (5-7 years later) here it is.

What inspired the name Scarlata?

Being my surname and being a solo artist, to me it seems like a good fit.  When people learn of my last name it often sparks an interest of either ethinic origin or just to differentiate me from other individuals with the name John. 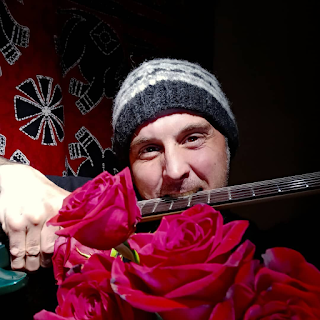 How long did it take you to write and record Power Through?

A few of the songs go back to about 2017.  Started but not completed, as the few years passed by (and an EP release in 2020), I was just creating songs out of simple inspiration and fun.  By about mid 2021, I realized I had enough material for a full length album.  The recording process has been an ongoing learning process since 2016, several of these songs have been recorded and improved upon countless times over.  Fortunately, the redundant process of going back and re-recording over the years has allowed me space to discover and develop some studio production skills...which has become something very enjoyable in addition to the songwriting and guitar playing.

Perhaps the most epic band I would have loved to be a part of is Dio.  I’ve always been attracted to great guitar playing and Dio has always been a major force of inspiration for me.  I’ve only had one opportunity to witness RJD on stage and it was one of the most emotional rock concerts I have ever attended to this day.

I am also heavily influenced by Iron Maiden.  When Brave New World was released, the song Blood Brothers shook me to the core.  I have witnessed Blood Brothers performed live several times and the feeling of that song only becomes more prevalent for me.  Iron Maiden music is the primary band that inspired me to pick up the guitar and practice!

Yes absolutely, I am deeply interested in classical guitar and have an intuitive inspiration from Spanish/Latin guitar…I just love its elegance and technical expressions.

I do have a small repertoire of well known classical songs I intend to release as a collection in the near future.

To this date, there really isn’t one.  Of course I love live music, and as I mentioned before, it was a few unpleasant band experiences that led me to doing things on my own.  Therefore I don’t have very much live performance experience…but that is currently changing.

No but it’s really fun playing outdoors where the sound can travel!

Not at the moment

I have yet to initiate a tour…

I imagine the waiting aspect would be the least appealing thing about touring.

Gosh anywhere in Europe would just be just amazing for me.  Perhaps Hamburg, Germany is a place I would be humbly honored to perform in. 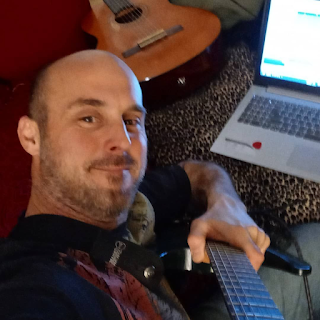 I will certainly document the experience when it happens…

It was around that time where my interest in German Metal took root.  Primarily with Gamma Ray (No World Order) and Blind Guardian (Nightfall in Middle-Earth).  A friend lended me both CDs to listen to and I recall the dilemma of choosing which one to soak in the fastest…both bands have become very influential to me.

The one piece that I always receive from my metal heroes that keeps me going is to be true to your craft, and never give up!

There is one song on the EP that didn’t turn out very well although I do like the message of the lyrics.  The interesting twist is that I basically revamped part of the song and combined it with a newer musical idea, which appears on the Power Through album about to be released.  The lyrical portion of the original song may well resurface in the coming creations of new music.

I’ve been studying kung fu for the past 15yrs

I don’t usually listen to podcasts but I am certainly willing to check this out!

I don’t know anything about unicorns..only Ch’i Lings

I would call it, A Late Bloomer

What is your favorite song by NIN?

Korn or Limp Bizkit (if you had to choose)?

Ugh if I have to choose, I’ve had to see Korn before…it wasn't terrible.  That really isn’t my flavor of metal but it is what it is. 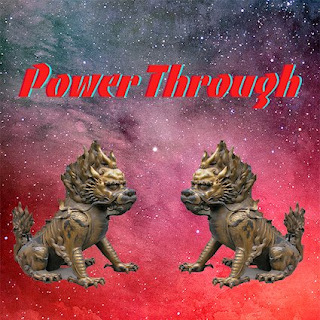 Man that’s a tough one, but I would have to say both!

The Art of War

Big thanks to John for taking the time to answer my questions.  I appreciate it.  Scarlata’s debut full-length Power Through will be available for your listening pleasure on April 22nd, so mark that date on your calendar.